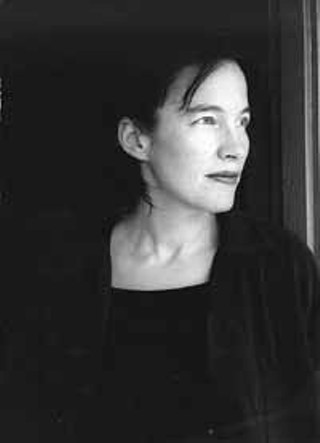 Alice Sebold will be at BookPeople on Monday, Aug. 12, 7pm.

It's a frightening thing to begin a novel that has been universally hailed as a "triumph" (Time) and a "stunning achievement" (The New Yorker) and to admit that you really aren't enjoying it very much at all. This is the position I found myself in while reading Alice Sebold's debut novel, The Lovely Bones. Each morning, I would hear more accolades on the news: Anna Quindlen praised the novel on The Today Show, and it was called a phenomenon: one of those rare first novels that captivates every reader. Every reader, it seemed, but me.

Sebold asks readers to take a giant leap from the novel's first sentences: "My name was Salmon, like the fish; first name, Susie. I was fourteen when I was murdered on December 6, 1973." Whether you're willing to listen to a narrator who is telling her story from heaven will determine how quickly you fall into that story. As Susie began to describe "her heaven," which includes "soccer goalposts in the distance and lumbering women throwing shot put and javelin" and air that "smelled like skunk -- just a hint of it," I found myself sighing and putting the book down. Again. I just couldn't buy it. It took me two weeks to read the first hundred pages.

But then something strange happened, near page 200. I began to read more quickly, to look forward to reading the book, and then to read it during dinner, and in the car. I got the book jacket wet while reading the book in a canoe. I was ravenous.

As time goes by for the narrator's family, she continues to watch them from heaven. Somehow, as I read, the absurdity of a narrator in heaven began to fade, and the story she told came into focus: Once the shock of her murder wears off, Susie's family begins to slowly and painfully fall apart. And Susie is powerless to help them. Susie's sister, Lindsey, balances her own life and love with her need to find Susie's killer. Susie's mother begins to transform into the person she was before she had children, a wild and independent woman who can no longer pretend she is happy. Susie's brother and father struggle together to find peace, and Susie's crazy alcoholic grandmother arrives to stay. As they move on in their lives, Susie watches, a 14-year-old girl frozen even as her younger sister becomes an adult.

Sebold leads readers through these transformations with prose that is clean and crisp. Although some sections tend toward melodrama, as when Susie says of her mother, "As she stood in the darkened room and watched my sister and father, I knew one of the things that heaven meant. I had a choice, and it was not to divide my family in my heart," other passages are dreamy and lyrical. Most striking is Sebold's mastery of a teenager's voice, from such small details as Susie's Strawberry-Banana Kissing Potion to her completely believable thought processes. And when Susie notes of her family that "I knew they were meant to be there, the four of them together, alone," the emotional weight of the moment is almost unbearable.