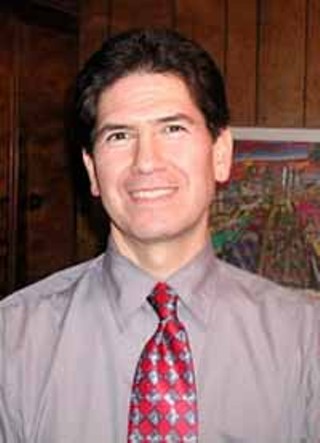 The prevalence of anti-immigrant sentiment in this country is no secret -- from Texas to California to Minnesota to New York -- with killings and beatings on the border, and community newsletters condemning the arrival of legal and illegal Latinos as if in the midst of a particularly intense neighborhood watch (see "metaphorical language," below). What was perhaps a secret is the mainstream media's unwitting hand in this persecution, albeit in a more subtle, relatively benign manner. Was a secret, because the secret's out. Sociolinguist Otto Santa Ana, co-founder and associate professor of the César Chávez Center for Chicana and Chicano Studies at UCLA, is the man responsible for that, and Brown Tide Rising: Metaphors of Latinos in Contemporary American Public Discourse (UT Press, $24.95) is his devastating message. At once an academic text and a scathing investigative report, Santa Ana started Brown Tide Rising during California's 1994 Proposition 187 campaign (restriction of public services for undocumented immigrants), and continued his research through subsequent propositions 209 (affirmative action's death) and 227 (bilingual education's death). His analysis of the Los Angeles Times and others' coverage of these issues illuminates an alarming trend: metaphorical language reinforcing stereotypes of Latino immigration. Filled with empirical evidence supplemented by graphics and poised, professorial commentary, Brown Tide Rising asserts that "the major metaphors characterizing immigration and immigrant in contemporary public discourse were, respectively, DANGEROUS WATERS and ANIMALS. The former metaphor invoked the enduring NATION AS HOUSE ... Other secondary metaphors that also were seen with some frequency included the IMMIGRANT AS SOLDIER (attacking the HOUSE), AS WEED, and AS DISEASE metaphors," and, more to the point, often helped along the propositions' passage. As Santa Ana, speaking from Los Angeles, says, "This is a brand-new type of analysis, with new methods." You can hear him speak at length about his research and resolutions at Resistencia Bookstore on Thursday, Aug. 1 at 7pm, but for now, here's a preview: 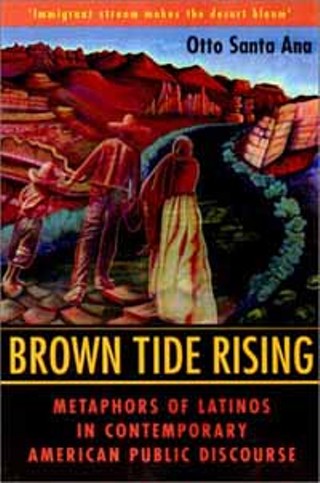 Austin Chronicle:Isn't it true that the media use metaphor to illustrate almost everything? In politics, sports, the economy? Where do the trends diverge? What differentiates that coverage from coverage of, say, the California referenda?

Otto Santa Ana:I think it's very significant in that it's very different. The predominant metaphor here is the one that implies that immigrants are animals. It was a very painful thing to find out. I thought that I had messed up my research and actually threw everything I had done out. But my method is one of inter-subjective consensus reading, where I teach a group of readers how to read for metaphor and let them go. So you won't find Santa Ana's political bias here. And they found that I was right. It had been naturalized or conventionalized so nobody had noticed it, but it was there. ... It wasn't there in business and sports coverage. It turns out that only immigrants were described with animalistic metaphors. It's a very racist sort of perspective, representing something less than human.

AC:But would readers necessarily notice that? Is this line of study accessible to someone not immersed in this kind of field?

OSA:It certainly is. ... What I am advocating is that we teach our young people to be more critical. But keep in mind, of course, something that I've been arguing all along: that the media is reflecting public discourse in this matter, not advocating the position. The language of public discourse is never paid attention to by journalists. Advocates for immigrants themselves use this language! That's what's so striking. And we're wired to make sense of the world though imagery: With metaphor, what we say is what we get.