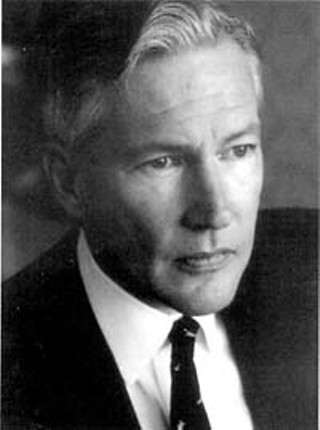 When David Halberstam wrote the Best and the Brightest, describing the high point of the American foreign policy hubris, circa 1961, he coined an ironic phrase that has haunted foreign policy-makers ever since. 1961 was the year President Kennedy sent forth the (in retrospect, astonishing) message about our willingness to bear any burden, to pay any price in assuring the survival and the success of liberty. Which was two years before the assassination of Diem, seven years before the Tet offensive, 10 years before the Pentagon Papers explained, in detail, what the price was, and 14 years before helicopters airlifted our ambassador out of Saigon just as the city was being invaded by the North Vietnamese army. By 1975, the best and the brightest were in disrepute for game-theorying us into an unwinnable war that had increasingly been fought by the most expendable Americans: the always-draftable plebes, whose fathers' factories and blue-collar Lebenswelt were being inexorably erased from the map of American economic life as their sons dodged bullets in jungle swamps. As Norman Mailer would remark, "... we do not know if the people who make our history are more intelligent than we think, or whether stupidity rules the process of thought at its highest level."

One answer to Mailer's question is offered by Philip Bobbitt, a UT law professor who has written the buzz book of the moment on foreign policy, The Shield of Achilles (Knopf, $40). The book says much about the historic role that sometimes overlooked diplomats play in world affairs, extending the line of the best and the brightest back to Machiavelli, and up to James Baker. That theme lends itself to a number of levels of narrative. On one level, there is a fascinating episodic history recounting the activities of such figures as Col. Edward M. House, the Austin political operative who became Woodrow Wilson's closest adviser (until he and Wilson split over the Treaty of Versailles). On a higher one, Bobbitt is attempting a heroic historical synopsis that does nothing less than integrate the supposed external relations of states with their internal formation as states.

For Bobbitt, the world since 1500 is a punctuated equilibrium between long periods of stability and five epochal wars. An epochal war, in his parlance, is one that challenges the very order of power. Each war is then sealed with a treaty that legitimates a new framework within which states can operate. For Bobbitt, World War I, World War II, and the Cold War were all parts of the "Long War" that determined the fate of the nation-state -- the kind of state, that is, that promised to aggrandize the wealth and security of its citizens through intermittent acts of state power. Say goodbye to all of that. If Bobbitt is right, we are entering the era of the market-state, where the wars will be asymmetrical -- terrorist acts met with massive force -- and the state will be minimal, a porous waystation for the transit of international capital. 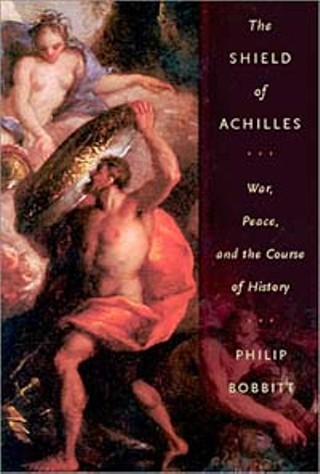 With the goals Bobbitt sets himself, it's no wonder that The Shield of Achilles weighs almost as much as the mythical shield of Achilles itself, coming in at an elbow-taxing 900-plus pages. However, it started much more modestly. "I gave four lectures in San Antonio," Bobbitt explains from Washington, D.C. "The four lectures are basically the start of the book." There's a back-story to the lectures. The author is not just a scholar of legal philosophers past, but an ardent poetry fan. In fact, rescuing the Library of Congress poetry prize was a project that had seized him since he first served in Washington under Lloyd Cutler, adviser to Jimmy Carter. "After the prize was given to Ezra Pound in the Forties, Congress canceled the prize," Bobbitt says. "Pound was, after all, a traitor. I worked to re-institute it. St. Mary's donated the money from the lectures to the prize, and my father and I donated money, so that the prize exists once again, except this time it is in my mother's name, the Rebekah Johnson Bobbitt prize." Bobbitt, who introduces each section of the book with a poem -- often from well-known Central European poets like Zbigniew Herbert -- ends the book with W.H. Auden's poem, "The Shield of Achilles." He laughs at the length and numerousness of his poetry selections. "I tell people, look, if you don't want to read about the course of history, you can buy the book for the 10 poems in it."

I expected Bobbitt's story to be a progress from a New England prep school through a network of apprentice éminence grises, since the book exudes that anglophilia and continental sophistication. Surprisingly, Bobbitt was not schooled at St. Alban's, but went to plain old Austin High School, and speaks with the broad, friendly accent of Central Texas instead of the faux Oxonian intonations that I'd prepared for. From Austin, Bobbitt proceeded to Princeton, and then to Yale, where he studied under Charles Black, one of the great constitutional scholars. "I taught constitutional law at the same time," he says. "It was Black that turned me in the direction of clerking for Henry Friendly, really one of the best appeals judges we've had, at least since Learned Hand. I didn't consider it proper to take a job with a law firm while I was clerking for a judge before whom that firm could potentially appear. Luckily for me, UT recruited me, so I was able to come home in 1976." Bobbitt's association with UT has been a rewarding one, as the school has understood his need for time on his many other projects. Among the academic posts he has taken concurrently with UT was one teaching at King's College, the British war academy in London.

His government connections have been even more interesting. Under Cutler, in the Seventies, he helped write the CIA Charter, a document that came out of the Church hearings that discredited the old, Angleton-dominated CIA. "Lloyd Cutler is underestimated today," Bobbitt claims, loyally. "But he was the principle architect of the Algiers agreement that ended the hostage crisis. He had the idea of freezing Iranian assets, which could then be traded for the hostages. And it worked." Bobbitt, true to the old school of diplomacy that disdained party allegiance, also worked under George Bush, a Republican president. During the Bush watch, Bobbitt was also one of the first to decry NATO's indifference to the bloody war in Yugoslavia. "At the time of the first Serbian aggressions, I volunteered to go there. I was no longer married, had no kids, so I felt I could do this, but I was never sent."

Bobbitt's moral imagination was stirred by the various wars that tore apart Yugoslavia, and the international paralysis that allowed the Serbs to build concentration and rape camps with impunity. He is unabashedly supportive of the two American interventions in the war: the first one, involving air strikes, that broke the siege of Sarajevo in 1995 ("It was the longest siege in European history in the 20th century"), and the more prolonged intervention in Kosovo in 1998. The latter is, for Bobbitt, not only a matter of a just military action, but also a foreshadowing of the kind of war we can expect to see in the future.

"Before Kosovo there was a natural reluctance to give airpower too much credit because it had been oversold," he says. "But what we saw both in Desert Storm and in Kosovo was that the balance of forces has shifted dramatically with the technological advances in airpower. The lethality, now, is amazing. Furthermore, we are seeing a new kind of integration of airpower on the battlefield. This cuts down on the number of strikes and the civilian casualties that can result from the use of airpower." Bobbitt sees a further confirmation of this in Afghanistan. The downside is that the enemy, so easily targeted and destroyed in traditional venues, has to devise new strategies himself -- for instance, hijacking planes and using them as gas bombs. This, combined with the reluctance to use such American military force as would necessarily increase the possibility of high casualty counts, will produce the challenges that, in keeping with Bobbitt's theory, will probably shape the market-state.

The Shield of Achilles is getting a serious and heartening push from its publisher, Knopf. Does Bobbitt seriously think there's an audience for a book that, among other things, explains the strategic deliberations of Napoleon III? "I always conceived a large audience for this book," Bobbitt claims. "Knopf bought it before 9/11. When 9/11 came along, I did add the postscript. You know, somebody told me that it was, in some ways, a shame that we didn't publish the book before 9/11, because it would have made me look prophetic. I'd be crushed if scholars didn't attend to this book, but I meant it for anybody who wants to keep seriously informed about world affairs."