Translator and former UT professor Christopher Middleton has shed some literary light on 20th-century German writer Robert Walser, a favorite of few and forgotten by most. 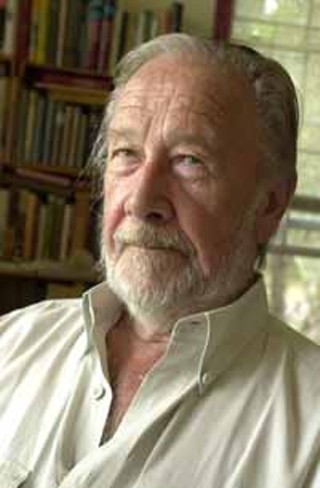 He was approaching fifty, and suffered from a high degree of anxiety about what would become of him. He had no resources, no woman kind enough to look after him, and he must have wondered what would happen to him if his gift gave out.

The sad case so described is one of the great geniuses of 20th-century German literature: Robert Walser. He inspired Kafka, was praised by Musil, and was written about in one of those great Walter Benjamin essays that balance a world of interpretation upon a single anecdote like a seesaw on a fulcrum. But the above-named were the crème de la crème; the rest of the milk ignored him. He made a strenuous, paltry living contributing short essays and stories to various periodicals, and wrote four novels sane. Born in 1878, he died in a Swiss madhouse in 1956. At various times in his life he had tried out other professions: clerk, archivist, and most notably butler. Out of this last experience came a novel, Jakob von Gunten, which concerns a school, the Instituta Benjamina, vaguely purporting to educate men in the butlering field. However, the students of the Instituta Benjamina have less similarity to Jeeves than they do to the down-and-outs in the boarding houses of Dostoevsky's novels.

As a posthumous author, Walser is a success such as he never was in the pink living flesh, poor sod. In the Seventies, voluminous notes that he'd scribbled in pencil on various odd pieces of paper in a tiny, tiny script, many while he was in the madhouse, were finally decoded -- Walser used his own shorthand -- with six more volumes of work extracted, including a novel, The Robber, which plays postmodern games with authorship and character that, at the time of its composition, Borges was only dreaming of.

If you've never heard of him, there are people working in this country to make sure that at least your children will have heard of him, just as you have heard of Hesse, Kafka, and Mann. Among those loyalists is poet Christopher Middleton, now retired from his position as professor in the German department at the University of Texas. Two of his translations (of Jakob von Gunten, one of Walser's peculiar novels, and Walser's Selected Stories) have recently been reissued by the New York Review of Books.

When did you first hear of Walser?

Christopher Middleton: I was in Zurich in 1954, finishing up my D.Phil for Oxford, writing a dissertation on Hesse. Remember, in 1954, Hesse was pretty much unknown in the English-speaking world. Anyway, at the end of my graduate student days I had a great craving for other kinds of writing. ... Walser was bringing into the language something almost untouched by German literary culture. Of course, he was still alive then. I did meet his literary executor, Carl Seelig. Seelig would visit Walser in the asylum, and they would take walks. A famous story about that: Seelig asked Walser about his writing, and Walser replied, "I'm here to be mad, not to write."

AC: So how did you get into translating Walser?

CM: I translated "The Walk" first. I published a collection in 1957 in England, after enormous effort. And there wasn't really any attention paid to it. I first came to Austin, in 1961, and translated some stories for the Texas Quarterly. I came back to Austin, to UT, in 1966, and the editor of the UT Press was interested, so I translated Jakob von Gunten.

AC: You'd translated Nietzsche's letters before that. That must have been quite a contrast.

CM: Max Brod [Kafka's friend and literary executor] wrote subtly that there are periods of thunder and lightning, and other times of dew and daffodils. Walser, of course, is the dew and daffodils. There's something of an imp in Walser.

AC: In an essay you wrote about translating, you make a distinction between mime and imitation as modes of translation. Could you explain what you mean by mime?