Words gone wild! The best and the breeziest for beating the heat in 2002 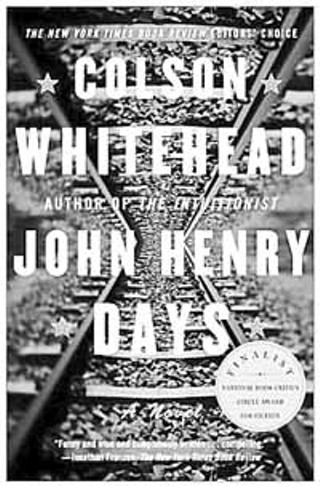 What makes better reading in the summer -- whether it's in a cold, dim room or on a sticky, sandy towel -- than reading about other people? That's a rhetorical question, of course, but there's no doubt about the craving we experience when it comes to essays, memoirs, true crime, and biography, much like a dog whose body tells him to eat wood for the nutrients, or a man whose tells him to eat dog biscuits for the same. And talk about some nutrients!: Dominick Dunne with his own brand of Justice: Crimes, Trials, and Punishments (Three Rivers, $14), a collection of his Vanity Fair writings; Charlotte Gray scribe Sebastian Faulks with the highly anticipated The Fatal Englishman: Three Short Lives (Vintage, $14), an inventive biography of three British men who died too young, in separate but equally disturbing circumstances; and Sandra Tsing Loh's A Year in Van Nuys (Three Rivers, $13), the funniest study of suburbia in recent memory, bristling with the observations of an obscure thirtysomething novelist.

Somehow Form a Family: Stories That Are Mostly True by Tony Earley (Algonquin, $13)

Colson Whitehead's John Henry Days (Anchor, $14), is the kind of American fiction that gives high schoolers reading Twain and hipsters of all ages reading Pynchon a chance to try something a little bit different; that is, a book that combines both. The tragicomic nobility steaming through Whitehead's second novel -- which melds a retelling of the John Henry fable with the modern-day one of a jilted, junketeering black journalist -- makes for an ingenious narrative. The Pulitzer Prize-winning Empire Falls (Vintage, $14.95), Richard Russo's near-epic of a blue-collar town in Maine, is also out now... In June, Graywolf Press will release Trespass ($14.95), Grace Dane Mazur's first novel and follow-up to her New York Times Notable Book of 1996, Silk, a short story collection. "Sometimes we do the things that are not us," Trespass begins, and it middles and ends with what happens when the entire southeastern shore of Massachusetts does things that are not them. Erotic, elegant, and recommended, just like Jean McGarry's Dream Date: Stories (Johns Hopkins, $16.95), also a June original.

A Tortoise for the Queen of Tonga by Julia Whitty (Mariner, $12)

The Abomination by Paul Golding (Vintage, $15)

Seventy of Southern literature's most potent but often neglected offerings make up Louisiana State University Press' staggeringly admirable "Voices of the South" series (www.lsu.edu/lsupress), with its most recent releases being Fred Chappell's Dagoon ($15.95), Ben Greer's Slammer ($16.95), The Night Travellers by Elizabeth Spencer ($17.95), and Virgil Suárez's Latin Jazz ($16.95). Much of the series is early work and debuts. All of it is worthwhile.

Seventeen of the inimitable Philip K. Dick's novels, including Time Out of Joint, Clans of the Alphane Moon, The Simulacra, and Dr. Bloodmoney (Vintage, $11-$13)