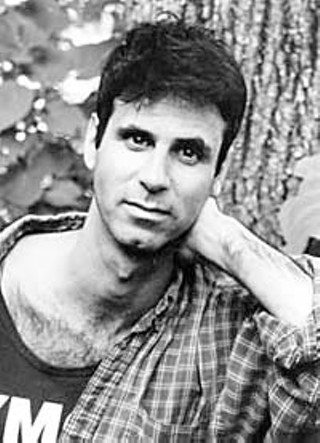 Steve Almond will be at BookPeople on Monday, May 13, at 7pm.

In his story "How to Love a Republican," Steve Almond's narrator, David, a liberal policy wonk, is enthralled with Darcy, a Republican apparatchik, although she's far from his ideological type. He makes a point that is adumbrated, more or less, by all the men in My Life in Heavy Metal (Grove, $23) his glittering collection of 12 stories:

There are so many competing interests on the human heart. For those of us truly terrified of death, intent on leaving some kind of mark, plowing through our impatient twenties with an agenda, there are moments when chemistry -- the chemistry between bodies, the chemistry of connection -- seems no more than a sentimental figment. And then something happens, you meet a woman and you can't stop looking at her mouth. Everything she does, every word and gesture, stirs inside you, strikes the happy gong.

These sentiments set up a story that divulges such saucy details about Darcy and Dave's coupling as Darcy's charmingly barbered pubic hair and Dave's exploration of her "entire intricate topography" via his tongue. The story takes a tragic-comic turn after the Supreme Court decision to reward Bush the presidency in December, 2000, interferes majorly with Dave's ability to lick Darcy into her usual orgasm.

Going down sounds the gong every time in Almond's stories. It is the title story, however, that throws this theme its most memorable party. Here we have another David, a journalist doing post-undergrad dog time as a music critic in El Paso. David is torn between the eminently compatible Jo Byron, his girlfriend, and a shy lifeguard, Claudia, by whose vast, drenching climaxes he is addictingly aroused. As David sees it, cheating on Jo was a way of "seeking love on all fronts, transporting myself beyond the reach of loneliness and failure." However, it turns out loneliness and failure wait upon the man who presumes too much on his girlfriend's being away from home to screw another girl on her Guatemalan coverlet.