1,167 Pages about Lyndon Johnson's tenure as a Senator Johnson between Hubert Humphrey (l) and Richard Russell. From The Years of Lyndon Johnson: Master of the Senate.

The first volume of Robert Caro's protracted meditation on the dark side of Lyndon Johnson, The Years of Lyndon Johnson: The Path to Power, was published 20 years ago to almost universal acclaim. There was plenty about Caro's portrait of the young man on the make to offend Johnson loyalists, but his vivid presentation of the Texas Hill Country in the pre-electric era and his finely drawn character sketch of LBJ's political mentor, U.S. House Speaker Sam Rayburn, contained some of the best writing ever done on 20th-century Texas.

The New York journalist's descriptions of the gawky, big-eared Johnson maneuvering his way into becoming the big man on campus at Southwest Texas Teacher's College in San Marcos (now SWT) featured some clever foretelling, particularly when Caro revealed that Johnson openly bragged that he was interested only in taking out coeds who had rich daddies. During college, Johnson firmly attached himself to C.E. Evans, the lonely bachelor president. Early on, Caro noted Johnson's proclivity to make allies of older men he could flatter and use to get ahead. Before The Path to Power, Caro had written a stellar biography of New York City's master developer Robert Moses, and had made a seemingly effortless transition into presidential biography on the most ambitious scale. The Path to Power became a huge bestseller.

In both that volume and the second one, subtitled Means of Ascent, Caro impressed everyone with the depth of his research -- he not only delved deeply into the vast archives at the LBJ Library, he also talked at length with everyone close to Johnson, including, at first, Lady Bird and other members of the inner circle. The story goes that after the family caught on to Caro's less-than-flattering portrait of the wildly ambitious young man from Johnson City, they cut off any future personal access.

Means of Ascent, like the first book, made a big splash when it came out in 1990. But soon there were critics -- outside the Johnson circle, even -- who questioned Caro's sense of proportion and his fairness to LBJ. It's been a dozen years since volume two and now Caro is back, this time with The Years of Lyndon Johnson: Master of the Senate (Knopf, $35), an exhaustive and exhausting examination of the United States Senate during the years of Johnson's tenure there, from 1949 through 1960. The setting this time is not well suited to Caro's "research-it-til-it-bleeds" approach. There is not much he or any other historian can do to enliven the record of the U.S. Senate in the first half of the last century, but Caro devotes more than 100 pages to the moribund upper chamber of the Congress before Johnson ever steals the 1948 Texas election. 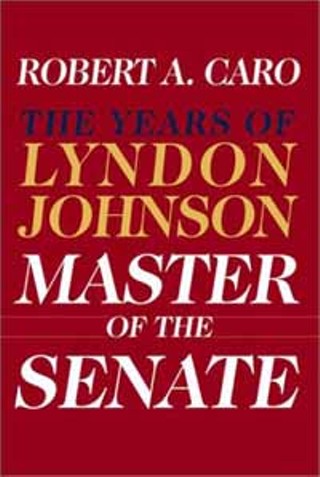 Johnson was nothing if not a quick study, and by the time he makes his maiden speech in the Senate (on page 212) his strategy for advancement was already in place. His plan was two fold: No. 1 was to become pals with Bobby Baker, a young, unscrupulous Senate aide who provided Johnson with quick lessons on where the bodies were buried, and No. 2 was to form a close attachment to the Senate's leading figure, Richard Russell of Georgia. By that time, Johnson was practiced at attaching himself to older, powerful men, but in the person of Richard Russell he had met his match. Russell didn't roll over when Johnson flattered him or accompanied the older man to baseball games; he wanted Johnson to adhere to the strictly conservative positions advocated by the older senators from "the solid South."

As a young politician, Johnson was a card-carrying New Dealer, but his new status as part of the Southern ruling elite required that he do things like help block late 1940s measures meant to improve civil rights for blacks, and Johnson was more than happy to comply. Much of Johnson's reputation back home was based on his heroic work to bring electricity to the rural parts of the Hill Country, yet his newfound pragmatism profoundly changed his direction on this question, too. Caro's detailed description of Johnson orchestrating the downfall of the liberal Federal Power Commission member Leland Olds is chilling. Johnson did not hesitate to use brutal McCarthyite tactics against Olds, citing out-of-context articles that the commissioner had had reprinted in the left-wing press. Johnson's smear campaign against Olds not only pleased Senator Russell, it reaffirmed Johnson's status as a handy water boy to the first team of Texas' oil and gas producers.

The lengthy chapters on Russell are a reminder of how, in many ways, the traditional North/South regionalism that evolved after the Civil War was still in place in the America of the 1940s and Fifties. Although the Senator from Georgia was very well-thought-of by his colleagues and by the media, he was devastated when he threw his hat in the ring for a Democratic presidential nomination and received no support whatsoever outside the South. It was this experience that made him recognize LBJ as the Southerner who could finally move up:

Watching Johnson talking familiarly at the [1952] convention to delegates and political leaders from New York, from Chicago, from Montana -- from all across the North -- Russell had seen that these men knew the Texan and liked him, these men whose feeling toward most southerners was contempt. ... He was already, of course, aware that in Washington Johnson was a member not only of southern but New Deal circles. ... If his goal -- to make a southerner President -- was to be realized, that southerner, while absolutely committed to "constitutional principles," would have to be someone with whom northerners, even northern liberals, were nonetheless comfortable.

Caro's strength is in telling a story as a set-piece. There are some excellent examples in Master of the Senate. He presents LBJ's instinct to improve the lives of Americans of color as genuine, though there were times when the instinct had to yield to necessity. A revealing example is the case of Felix Longoria, a native of the South Texas town of Three Rivers who had been killed in WWII and temporarily buried in the Philippines. When Longoria's widow tried to set up a burial back in Three Rivers, the owner of the town's only funeral parlor told her that she could not use his chapel for the service because "the whites won't like it." Johnson, new to the Senate, immediately wired the Longoria family promising them a hero's burial for Felix at Arlington Cemetery in Washington. In his wire to Three Rivers, Johnson declared: "THIS INJUSTICE AND PREJUDICE IS DEPLORABLE." That language, when leaked to the press, threw Johnson into a flurry of denials and obfuscations after the Anglo political powers in South Texas began taking him to task. Longoria was buried in Arlington, but after seizing the moment, Johnson became all but invisible.

There is no doubt that Lyndon Johnson was the greatest vulgarian to ever dominate American politics. Not only did he treat his loyal staff miserably, almost working them literally to death, he extended his outrageous demands to his family, particularly to Lady Bird Johnson, who is portrayed as a passive creature always on deck to have dinner ready for any number of Johnson's cronies and to take her husband's insults about her appearance. (Johnson was apparently obsessed with women's hair.) Mrs. Johnson's marital loyalty appears to have been unwavering when Johnson carried on open love affairs with Helen Gahagen Douglas, among others. Caro does not flinch as he depicts LBJ's love for his private member (he affectionately called it "Jumbo" and apparently would whip it out at the least provocation), and his amazing predilection for conducting business while sitting on the toilet doing his business. He is, however, descriptive in these passages and seldom analytical.

Caro has said that the fourth and presumably final volume of this massive study will not take 12 years to materialize, like Master of the Senate did. Caro's problems may be compounded now -- a great LBJ rehabilitation has occurred with the release of the White House tapes, and some of the competition, namely Robert Dallek's completed two-volume biography and Michael Beschloss' commentaries on Johnson's presidency as revealed in the tapes, have both been warmly received. The tapes, at least, indicate that Johnson was a genuine leader in his noted civil rights victories and a despondent and sometimes confused military leader. The tapes (although we must remember that Johnson knew he was being taped) present a much more sympathetic character than we have seen thus far in The Years of Lyndon Johnson. Time will tell if Caro can generate more sympathy for the last years of his great subject.

Robert Caro will be at BookPeople on Monday, May 6, at 7pm. 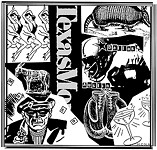 The Years of Lyndon Johnson: Master of the Senate, Robert Caro