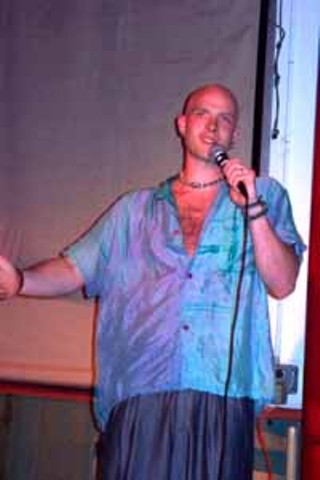 Poetry has always been considered the finest of arts. The best of music, art, drama, literature is described as poetry when it touches that deep well of truth and beauty that comes closest to describing the inexpressibly mysterious condition of being achingly, poignantly, maddeningly human. To be a poet is to be simultaneously gifted and cursed with the highest aspirations and crushing limitations of human desire. Naturally, poets are ignored in an age where finesse is a hair conditioner and subtlety is a kiss on the fist.

Ah, but poets will not be ignored. They have found their way back onto the world stage. They have returned to their ancient performing roots. They have resumed their role as shaman/priests even while decrying the shams of the modern church of advertising. But by god, poets waste nothing and they scavenge from this wreck of a culture the patter and air of that most nebulous of human beings -- the sacred clown. As London poet Richard Heley acknowledges, he gets a lot more attention with humor and compassion than he ever did with the postmodern punk ethic of anger and angst. "I'm a performance poet ... I have a cast-iron discipline," this slapstick slacker intoned two weeks ago at Mojo's during an international poetry showcase.

The best of today's performance poets are more akin to highly intelligent stand-up comics. They have the ghost of Lenny Bruce in their bag of tricks as well as T. S. Eliot. But this is all by way of introducing the Big Circus of Life that is the Austin International Poetry Festival (AIPF), which takes place April 18-21 and celebrates its 10th anniversary this year. Like many arts festivals in Austin, AIPF grew out of the vibrant and sometimes disparate venues that played host to the arts scene. Thom Woodruff, who prefers to be known as Thom the World Poet, is a wildly prolific Australian poet who now lives in Austin and helped found AIPF, which grew out of the poetry scene at Chicago House, the legendary, now-defunct coffeehouse and performance space, and Poesia y Calle, a regular event for Spanish-speaking poets at Mexic-Arte Museum. Woodruff, who organized AIPF from 1992-96, refers to the Festival as "the biggest open festival of poetry in the world," meaning that anyone who wants to sign themselves up to read their poetry is invited to do so. "It is a populist, cooperative community festival," he says, except that every year the "community" more closely resembles the world community. This year, poets from Singapore, France, New Zealand, Australia, Canada, Great Britain, and 11 states will converge on Austin. "It's turned into a mean machine," says Sue Littleton, another Austin poet who helped found AIPF. "This Festival has grown from an informal gathering of kindred spirits to an event which attracts over 200 poets from all over the world," says Festival Chairman Frank Pool. 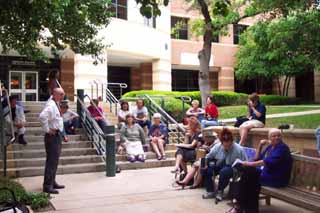 We've produced this primer to help you direct your eyes and ears and sensibilities of this bustling poetic weekend. The shows that are the most jampacked with poetic chutzpah are the ones with the general admission fees. The great majority of AIPF events are free (see www.aipf.org for the complete schedule), but, come on, five bucks is nothing. Five smackers laid in the palm of that volunteer ticket taker will leave you absolutely fulfilled in your quest for poetic satisfaction. So whether it's "The Tim and Taalam Show" with Tim Gibbard and Taalam Acey on Friday from 10:30pm-12:30am at Waterloo Ice House (Sixth & Lamar) or the AIPF International Slam hosted by Austin Slammaster Mike Henry on Saturday from 7:30-10:30pm at Victory Grill (1101 E. 11th) or the Performance Showcase hosted by Carlye Archibeque with featured Houston poet High Eagle Elliott on Saturday from 10pm to midnight at Waterloo Ice House (38th & Medical Parkway), you'll be entertained and moved and made more aware of the wonders of what it is to be human. But if we were forced to lay but one five-dollar bill upon the table, we'd send you to the center ring of modern popular poetry -- the Slam.

As for a day-by-day breakdown of where to be where brilliance is free, there's a series of simultaneous DiVerseCity readings at four bookstores all around town on Thursday night. DiVerseCity is AIPF's official anthology, this year dedicated to the memory of Albert Huffstickler, the legendary Austin poet who took off to the great cafe in the sky this winter and whose absence is still felt deeply. It's a fitting dedication; Huff celebrated the diversity of human experience, and the anthology has consistently been one of the best snapshots of Austin poetry available. Scott Wiggerman, who edited DiVerseCity again this year, will host the reading at Barnes & Noble Westlake from 7:30-10pm, but we'll give the nod this night to AIPF stalwart Stazja McFadyen, who hosts the event at Barnes & Noble Guadalupe (2244 Guadalupe). Some great poets are on her roster. Kenneth Gurney is funny, plus there's the Singapore poets (more on them later).

On Friday, the afternoon has to belong to the intimate closeup of three of AIPF's featured poets -- Lyn Lifshin, Taalam Acey, and Shaggy Flores -- hosted by Claiborne Schley Walsh from 3-5pm at the Austin History Center (810 Guadalupe). Lifshin is "The Queen of the Small Presses" -- a strange and beautiful world she inhabits as if from another dimension. Few rival her in poetic output. She writes constantly, and the subject matter and styles vary widely and wildly, but it is almost always startling. One is reminded of a contortionist, an emotional contortionist who in her writhings untangles our collectively knotty soul. Then there's Acey, arguably the finest slammer in the world -- big, bold as any lion tamer committed to bringing beauty and truth roaring to the forefront. Flores, poet of the people, is the founder of the Urban Arts Project and the Dark Souls Art Collective, which serve as Networks for African Diaspora artists. Intensely dignified.

Friday evening belongs to the women from 7-9pm at Book Woman (918 W. 12th). Hosted by Nicki Miller, you have Agnes Meadows and Jackie Sheeler plus Patricia Fiske, Stazja McFadyen, Cynthia Childress, and Lubbock's Sharon Peterson. Those who do not make us laugh make us weep with the sorrow of Dierdre and her fair sisters. Young women come listen. And after you put the kiddies to bed Friday there's the after hours program from 11pm-1am at Mojo's Daily Grind (2714 Guadalupe), with the smokin' tokin' jokin', peace-teachin' Richard Heley and his delicate Gypsy poet filmmaker compatriot Seema Gill, plus San Antonio's own Rod C. Stryker. Good stuff, mate. 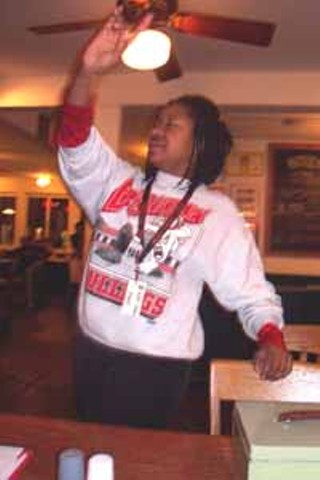 On Saturday, the nod goes to Barbara Carr and co-host Suzanne Vance, who will preside over a general AIPF poetry reading at Borders Books & Music (10225 Research) from 2-6pm. Good poets all, but the Singapore poets in the DiVerseCity anthology are the most impressive. Alvin Pang has a great modern sensibility. Poets from the land of spittle-free sidewalks have to have an affinity for divine comedy in order to survive there.

Saturday evening, Scott Wiggerman hosts the Queer Poets from 7-11pm at Casa de Luz (1701 Toomey). Face it, if you want color and bathos and pathos and, yes, even a bit of that old-fashioned anger, then being queer is it. Gay poets are fierce. Then again, they're poets. Just beautiful, loving poets. End of the public service intermission.

Sunday there's no better place to be than on the porch in East Austin from 12:30-3pm at the Heritage House (810 E. 13th). "Poetry on the Porch" is hosted by Stazja McFadyen and co-host Marlah Fulgham with featured guests Taalam Acey, Shaggy Flores, and Claiborne Walsh, with Valerie Bridgeman-Davis and the Rev. Wyrdsli. Sweet soul for the tired soles who carried themselves all over town. If you've followed our advice and already saw some of these folks, then get to the Austin Younger Poets Anthology Awards hosted by Frank Pool from 1-3pm at Barnes & Noble Westlake (701 Capital of Texas Hwy. South).

But there are no sideshow acts here. All are center ring. And somewhere among them is the ghost of Huff, smoking his cigarette and drinking his brew and laughing with the sacred crowd.

Most AIPF events are free, but some require a general admission fee of $5. The AIPF Web site, www.aipf.org, indicates which events are free and which are not. AIPF headquarters are at the Austin Motel (1220 S. Congress); poets should sign in from 3:30-5pm on Thursday, April 18. The AIPF phone number is 502-8294. 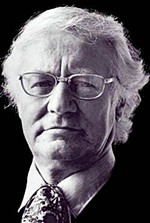 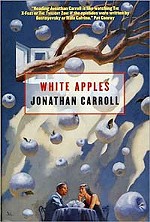