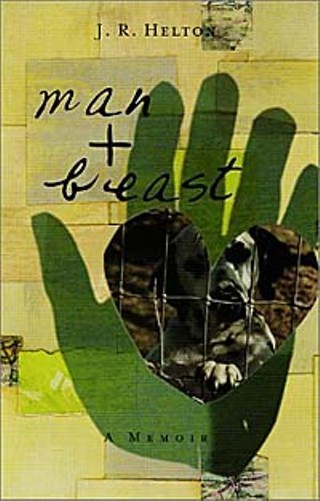 It's tough to make heads or tails of Tracy Frank and her Southern Texas Animal Rescue Association in Seguin. Frank is an animal-rights activist of the purest order, but instead of setting vivisection labs on fire, she's channeled her energy into creating one of the nation's largest no-kill animal sanctuaries in the country. Over the past few years, Frank and a bevy of volunteers have collected hundreds of unwanted animals (some even accuse Frank of stealing them). With a little elbow grease, a lot of patience, and no small amount of veterinary assistance, they continue to provide an alternative to the death march that takes place at most of the nation's pounds.

And while the story of how S.A.R.A. came to be might not sound like a captivating read, the way Frank's husband, Texas author J.R. Helton, tells the tale in Man and Beast, it certainly is. Although Helton portrays Frank as a virtual saint -- albeit an obsessive, impractical one -- he doesn't always pretend to see the reason in her rhythms, and he isn't simply interested in drumming up support for the project. Rather, Helton, who is also the author of Below the Line, an account of his days working on film sets, seems more drawn to figuring out how our relationship to the world can be cast through our relationship to the animals in our lives.

"Though I considered myself a liberal," he writes, "and supported gun control and wasn't a hunter, I had to admit I liked the feeling of power I had carrying the 12 gauge around, surrounded by a pack of 12 big dogs." A hard-drinking misanthrope, Helton eventually finds redemption in his wife's work, but he never sugarcoats the price of that particular labor. Cat shit, dog bites, animal abuse, and the ever-present issue of trying to determine the rights we should accord our pets keep this memoir grounded. With a dose of dark humor that would do Harry Crews proud, the fact that Man and Beast is about someone who married the Cat Lady down the block doesn't hurt the telling one bit.