A 'Bullet' to the Gut

Jan Reid Went to Mexico, and Was Forced to Return as a Changed Man 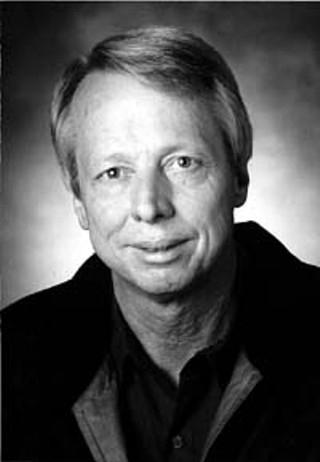 "Hey, you want to go to Mexico?" Jan Reid's editor asked him. In The Bullet Meant for Me, his memoir of the trip, Reid explains why "for Texans, much devilment and danger are contained in those words." Reid will be at BookPeople on Wednesday, April 3, at 7pm.

About four years ago, Jan Reid, a longtime writer for Texas Monthly and the author of The Improbable Rise of Redneck Rock, flew to Mexico City with three male colleagues to watch a boxing match. Julio Alvarez, a popular Mexico City native, was the clear favorite over Jesus Chavez, a talented super featherweight who used to live in Austin but was in Mexico because Immigration and Naturalization Services returned him there. Reid's article about Chavez was about to be published in the magazine, he had become friends with Chavez since they worked out at the same gym, and the tickets to Mexico City were cheap. Reid didn't balk when his editor said, "Hey, you want to go to Mexico?" "For Texans, much devilment and danger are contained in those words," Reid writes in The Bullet Meant for Me (Broadway Books, $24.95), his memoir of the trip.

Chavez narrowly won the match. The night after the victory, Reid was persuaded by his younger cohorts to return to the Tenampa Bar, the most popular hangout at Plaza Garibaldi, a sketchy intersection of jolly mariachis, thugs, drunk tourists, and con artists. All four of the men knew not to hail a green, unlicensed cab, but for one reason or another, they did. When the driver took a "dark fast detour" to the apartment they were staying in, Reid blurted out, "This doesn't look right." They eventually ended up on a street that looked familiar, except that the driver suddenly put on the brakes and two pistoleros who had been following the cab piled into it with their "old, scarred .38 revolvers" and told them to "Shut up!" and, urged them, cryptically, to "Go to sleep!"

In his memoir, Reid has named one of the robbers "Honcho" -- the one who pistol-whipped him twice and shot him in a relatively deserted section of Mexico City. Reid's colleagues, who by now had become his "comrades," began shouting for someone to call an ambulance, which took him to the American British Cowdray Hospital. As the gurney was being lifted into the ambulance, one of Reid's friends who was trying to cut through the tension said, "Hey, Jan, it's gonna make a great story."

Reid returned to Texas fastened to a stretcher in a plane hurtling toward Houston and its vast medical complex. After surviving a bullet that sliced through his belly and came to rest in his spinal cord, he was snoring in the plane with his eyes open, an indication that he was slipping into a coma. In The Bullet Meant for Me -- one of the best book titles to come along in some time -- Reid makes it clear that the "devilment and danger" of a Mexican jaunt has a tenacious hold on the imagination of male Texans, or at least the Texan who is the subject of this book. The iconic image of the Mexican sojourn, in Larry McMurtry's The Last Picture Show, features two bumbling adolescents who leave their drab Texas town as pompous hucksters and return so addled and chastened they can barely speak. Reid couldn't speak when he came back, but he was 53. 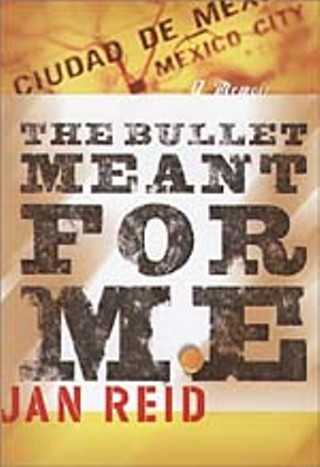 Reid refuses to waste too many words scolding himself, except for brief regrets that pop up throughout the book. "I was in agony, and furious at myself," he writes at one point. "You had a good life, a good marriage, and you come down here and get yourself wasted by some chickenshit thug." Limiting the self-flagellation is a wise move; the real story here is the attempt to understand and explain the often befuddling circumstances and culture that seemed to propel him toward Mexico City. Reid is a particularly thoughtful writer, and his memoir is a meditation on Texas' culture of masculinity.

Like all good memoirs, there is a mystery at the heart of The Bullet Meant for Me: Why was Reid the only one who the robbers thought needed to be attacked when, as he himself writes, he has a "passive nature"? At many points throughout this book, Reid reveals his inability to live up to the Texas Ranger school of manhood ("the courage of a boy child born in Texas is equated with his balls," he writes early on). His father "put a fair-sized crimp in my boyhood while I still looked scalded" by naming him Jan, which was clearly for girls. "I had never been one of those men who thought he had to pass on his family name and replicate himself with a son," he writes. One day during his rehabilitation, Reid glanced down at his feet and glimpsed passivity in himself -- "something pink that flopped like a salmon thrown on a bin of ice. It was, I realized, my right foot." When he tries to be macho, he's awkward instead. Reid recalls that when he was in his 40s,

I lifted weights, and on free afternoons I got reasonably hooked on pickup basketball games at the YMCA. I enjoyed the guys who kept that going, but my lack of skills embarrassed me; I couldn't dribble or shoot. I could rebound and feed passes to the shooters, though, so I had some value when the sides were chosen. "Man, you can really hack," complained one youth after I fouled him on an attempted layup. That was nothing to be proud of. "You are hurting people, Jan," a graybeard reamed me out one day, "and people aren't liking it." I didn't like him much, now that he brought it up, but I got the message. I scorned the guys who took the floor in a macho huff; and now I stood accused of that, when in fact I was just strong and clumsy.

It should be clear where this is heading because it's wincingly clear in the book. Reid is saying that real masculinity has more to do with self-respect and dignity than with an ethos of reactionary "hooliganism." That's a necessary precept, and one we need to hear more often, particularly, it seems, during wartime. But do we have to have it stuffed down our throats? After the shooting, "everything before me was a black hole of unknowing and fear," Reid writes. "I didn't know if I were brave enough to overcome and find dignity in what lay ahead. I didn't know if I were man enough." And I don't know that we need the moral of the story italicized.

Reid rescues the memoir from becoming a self-help treatise by confessing the baffling, human contradictions of his effort to be a man in the best way he knows how. At a young age, Reid "looked in the mirror and saw Bugs Bunny." He was skinny and had buck teeth, and he went to school with the rich kids. Reid lived in Wichita Falls as a teenager, at a time when the high school football team made it to the state finals four years in a row, winning the title two of those years. Reid "couldn't play football worth a flip but ... wasn't smart enough to walk away from it." Since he toted around all that glum anxiety, it seems strange that he took to boxing like a duck to water. "There is no rational defense of boxing," Reid writes soon after he reveals that it became his avocation, and still is. "It regularly maims and kills its contestants, and the professional business of it is a sleazy, rotten mess. But I couldn't help myself. From the start I loved it."

There are large sections of The Bullet Meant for Me that are about Jesus Chavez and his struggle. Reid handles nonfiction suspense with notable dexterity, and many passages of his memoir make for white-knuckle reading, even for someone whose existing knowledge of boxing extended only so far as Don King's hairdo. Though the shooting and the effort to understand it have made Reid a cogent observer on the subject of himself, his decision to spend large sections of his memoir writing about other people is absolutely brilliant. In fact, it's reasonable to venture a guess that although the differences between Chavez and Reid are numerous, there is enough strange similarity between the two men that when Reid is writing about Chavez, he is also writing about himself. Certainly both of them understand what it's like to have lived without a home -- Chavez in a quite literal way (he was, for some time, a man without a country), Reid in a way that his readers will probably understand immediately (the persistent sensation of feeling alienated from the culture). On first reading, one of Reid's epigraphs, from Genesis, seems to be a tragic assessment of what happened to him in Mexico City. By the end of the book, however, it's apparent that it also comments on the macho "horseshit," as Reid would say, of being a man in Texas:

Let me not enter their counsel,
Let me not join their assembly,
For they have killed men in their anger
And hamstrung oxen as they pleased.