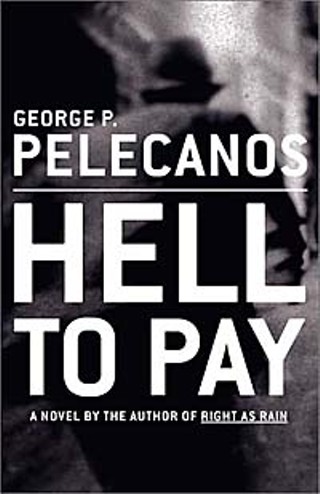 If the strain of being poised for greatness for most of the last decade doesn't get to him first, George Pelecanos just might go over the top with his new crime thriller, Hell to Pay (Little, Brown $24.95). Ever since his debut with A Firing Offense from St. Martin's in 1992, Pelecanos has looked like a safe bet to become the hippest hardboiled writer alive. With the prestige and stronger support of Little, Brown behind him, the Washington, D.C. author found broader audiences and reaped reams of critical praise, including a few precious reviews that manage to describe his melodic, pulsating tales of urban hell without evoking the name Elmore Leonard.

Hell to Pay, Pelecanos' second novel to feature Derek Strange and Terry Quinn, a pair of ex-cops, one white, one black, finds the author at the top of his game as the duo tracks down a runaway teenage girl into the labyrinth D.C. underworld. Soon enough, the good guys get crossed up with a memorable malefactor named Worldwide Wilson, a pimp who breaks in teenage runaways. The struggle between good and evil galvanizes around the murder of a 9-year-old boy who played in the sandlot team coached by Strange and Quinn. Sure enough, there's hell to pay, and as in Pelecanos' previous nine outings, the fast-moving, mournful tale is full of action, tough talk, and hard men. The story itself is about consequences, however, and with Pelecanos' deft touch for music, it resonates like a soul medley -- full of love, loss, heartache, and somewhere, in a lost time, "that blue sky stuff."

Pelecanos will be at BookPeople, Tuesday, March 12, at 7pm.