Why the Texas Book Festival decided to loosen its criteria 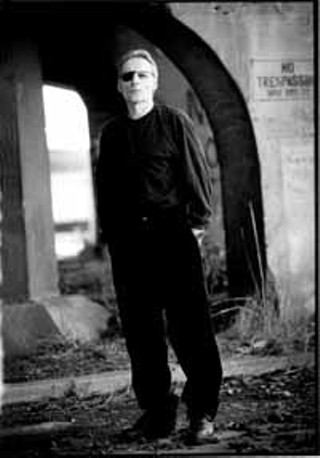 Andrew Vachss: Man of Many Hats

Andrew Vachss wears so many hats you'd think he'd be bald by now. Multi-award-winning crime novelist, non-stop advocate for abused children, graphic novelist, essay and magazine writer, short story writer, lecturer, die-hard lover of the blues, Warrior -- the man does more in one day than most of us do in a month, and he makes it stick.

Of all of his pursuits none is more intense or rewarding than his passionate and ongoing crusade to take down and lock up sexual predators of children. Vachss' early work with various youth-at-risk agencies on the East Coast set the tone; in his role as attorney, he now works exclusively with children, many of whom have been victims of horrific abuse and exploitation.

Outside of the courts, he's best known as the author of a series of gritty, razor-prose novels featuring Burke, a professional thief and man-for-hire who -- like Vachss -- has a consuming desire to wipe the streets with the predatory freaks he always seems to run up against. If Vachss can't always grind the baby-rapers into gutter-paste in the real world -- laws and all that -- at least literary alter-ego Burke can. The effect, coupled with some of the cleanest, meanest, stripped-down-and-sparkling prose ever penned, is sublime, a one-two, coldcocked suckerpunch of righteous rage and seething vengeance. The Burke novels (his latest is Pain Management, Knopf, $24) are, to put it mildly, quite a ride.

I spoke with Vachss about his work on the eve of his appearance at the Texas Book Festival.

: Do you ever rest? It's gotta be tough with the issues you deal with both in and out of court.

Andrew Vachss: I don't think a man gets tired of his work, and it's that simple. I enlisted for the duration. Getting tired is a fact, but getting deterred is not. Besides, I've had such a return on the effort. It's not like I'm shouting into the wind. Between the anger that I feel and the encouragement that I get, I don't think there's any chance whatever of me burning out.

AV: I hate to disappoint you, pal, but I haven't had a vacation since before you were born. I'm a very intense person so I can probably get more pleasure out of an hour than some people might get out of a year. If something is pleasurable to me I tend to invest really deeply in it.

AC: When are we going to see Burke on the big screen? I've been hearing rumors about that for years now, but nothing's ever arrived.

AV: Hollywood has bought every one of my books. I'm a working-class person so I tell you this with absolute sincerity: I've made a literal fortune from Hollywood. Are they ever going to make a movie? I'm damned if I know. They've hired directors, they've formed production companies, they've commissioned screenplays, they've done everything you could imagine except make a movie. Each time it dies on the screenplay. I wrote one, and after I turned it in they kind of scratched their heads and said, "But Andrew, this is just like your book!" [laughs] So I realized that wasn't going to be my career.

Andrew Vachss will talk about his work at the After Hours event, 9-11pm, on Friday, November 16, at Mojo's. He will also be on the "Partners in Crime" panel with Joe Lansdale on Saturday, November 17, at 12:30pm in the Senate Chamber.