Jonathan Franzen's "The Corrections," and other new releases

Reading Nancy Milford's literary biography, Savage Beauty: The Life of Edna St. Vincent Millay, made me really glad not to be a biographer. As Milford herself puts it in her prologue to the 509-page-book: "To be a biographer is a somewhat peculiar endeavor. It seems to me it requires not only the tact, patience, and thoroughness of the scholar but the stamina of a horse. Virginia Woolf called it "donkeywork" -- for who but a domesticated ass would harness herself to what is recoverable of the past and call it A Life?"

And for Milford (whose first book, a life of Zelda Fitzgerald, was a bestseller in the early Seventies), the challenge must have been multiplied by both the seductive persona Millay cultivated during her lifetime and the copious amounts of potentially illuminating material that she left behind. Having earned the trust of Millay's only heir, her sister Norma Millay Ellis, Milford gained access to 20,000 documents of the poet's life, including reams of letters, photographs, notebooks, drafts of poems, and the various journals Millay kept from a very young age. The result is a book nearly 30 years in the making, which though stunningly detailed and vividly rendered, suffers from a lack of urgent purpose in conveying the story of this poet's life.

Millay was the first woman to win the Pulitzer Prize in poetry and her ground-breaking accomplishments -- she enjoyed both critical acclaim and enduring popularity in her lifetime, selling 66,500 copies of her sixth poetry collection during the height of the Depression -- were both fed and shadowed by the unabashedly reckless and sexually uninhibited persona she inhabited. Possessed of great confidence, petite beauty, flaming red hair, and a mesmerizing voice, she seems to have had an intoxicating effect on virtually everyone she met, and the middle chapters of Savage Beauty are replete with swooning descriptions of Millay by the many male and female lovers she took and cavalierly dumped. Her writing -- witty, defiant, passionate, and ruthless -- became emblematic, the "lyric voice" as Milford puts it, of her generation of Jazz Age artists. As with other writers indelibly associated with the time, the life also entailed a good measure of alcoholism, drug abuse, and self-aggrandizing self-abasement that eventually did her in.

Millay operated evanescently, on the lam, producing her work amidst a relentless swirl of activity, ultimately evading suitors and anything else that might have hemmed her in or hampered her ambitions, which may account for why she remains a somewhat elusive figure, despite Milford's meticulous and sympathetic depiction of the forces that sustained and consumed her. 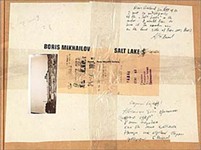 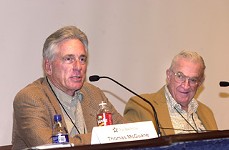