Jonathan Franzen's "The Corrections," and other new releases 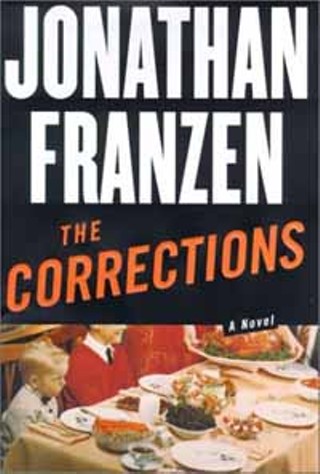 Frankly, I'm surprised, I'm fucking shocked, that Franzen is this good. He was not a writer I thought capable of this novel. A couple of years ago, Franzen was put on Granta's "best novelists under 40" list -- of which there is no more depressing gauge of the mediocrity of hip. He has perfected the authorial voice we have heard in David Foster Wallace and Dave Eggers.

The Lambert family at the heart of Franzen's novel consists of the three kids -- Gary, Chip, and Denise -- on the outskirts of middle age, and their parents, Enid and Alfred, who live in St. Jude -- your basic composite Midwestern city. Alfred has retired after working his whole life for a railroad company that was swallowed up and deconstructed in a typical quickie acquisition. Enid is now having to put up with Alfred's decay, his Parkinson's, his silences, his inanition, his spiritual heaviness. Enid is your classic Vance Packard Status Seeker type, suffering from the lifelong frustration of getting no cooperation from her family. Now she wants the kids to come for one last Christmas celebration in St. Jude's, after which they will decide something about their father.

The Corrections is structured around long sequences devoted to each member of the family -- although the child's point of view is held onto to the extent that Enid and Alfred come as a set, inseparable until the horrible end. Chip is an ex-academic, bounced out for violating his college's sex code. He ends up partnering with an ex-deputy minister of Lithuania trying to pull off a dot-com fraud. Denise is a super-chef in Philadelphia whose sex life describes a Borromean ring: She's having sex with both the owner of her restaurant and his wife. Gary is a rich investment manager in Philadelphia, married to Caroline, a wealthy woman who, employing all the multiple strategies of passive aggression, has let Gary know his parents are déclassé. Franzen's comic motif, when it kicks in, is easily recognized by anybody over 35: We are becoming just like our parents. Denise's bisexuality, Chip's leather jacket and skim-milk Marxism, Gary's incredibly cool Italian suits all prove insufficient to defer that dreaded fate.

There's a small pile of novels (Invisible Man, J.R., Infinite Jest) on my shelf that I've read three times at least -- twice as a reader, for amusement, and once, as a writer, to figure out the magic tricks. The Corrections is going on that pile.