Recent Picks From the Summer Crop

Zuni and the American Imagination

Located on the Zuni River west of the Continental Divide and 35 miles south of Gallup, New Mexico, Zuni Pueblo exists in two spheres: a real, changing, historical one and an imaginative one that has drawn from and transformed the real one repeatedly. In 1540 its existence as Cibola, one of the famed seven cities, grew from Coronado's futile search for fabulous wealth. Shakespeare's The Tempest seems to reflect some of the stories of Zuni. But it was in the 19th century that Zuni became a central location for the growing discipline of anthropology. The work of the early anthropologists would later influence Aldous Huxley's Brave New World, Robert Heinlein's Stranger in a Strange Land, and Edmund Wilson's Red, Black, Blond and Olive.

Eliza McFeely makes these points in Zuni and the American Imagination by examining the work of three lesser-known anthropologists -- Matilda Coxe Stevenson, Frank Hamilton Cushing, and Stewart Culin -- who visited Zuni around the turn of the century and whose differing approaches and understandings of Zuni enhanced the imaginative perceptions that others developed about the real place and its inhabitants.

McFeely, who teaches American history at the College of New Jersey, writes that Stevenson focused on the domestic sphere at Zuni and sought out someone who would help her negotiate and understand that world. Her primary source, We'wha, who moved easily in a woman's world, readily became Stevenson's collaborator, and even went back to Washington, D.C., to demonstrate Zuni ways as the "Zuni princess." In reality, We'wha was a berdache, a man who lived as a woman, a detail McFeely suggests Stevenson never realized.

Cushing sought to enter all of Zuni's sacred spaces and secret societies, bullying his way into places he was forbidden to enter and then fabricating stories about taking scalps so he could be initiated into the Priesthood of the Bow, the most revered Zuni warrior society.

Through this visual recreation, Cushing became the central figure in Stewart Culin's quest for Zuni. Culin, the first curator of ethnology at the Brooklyn Institute of Arts and Sciences, set out to create an aesthetic exhibit about Zuni culture and used Cushing's costuming. He then made three trips of "salvage ethnology" to Zuni beginning in 1902 and amassed massive amounts of Zuni material culture, including Kachina masks and dolls, prayer wands, even the columns removed from the mission. But for Culin, McFeely says, it was the things themselves that were important, not the history and meaning of them.

Although these three early anthropologists' names have become obscured over time, their work has had a marked effect on the way others understood Zuni. McFeely's analysis of these three figures is clearly presented, enhanced by her effective prose and connections to broader issues of history and literature. But while the case she makes for Stevenson and Cushing is well supported, the discussion of Culin does not have the same weight. McFeely depends heavily on several unpublished pieces of fiction that Culin wrote to try to establish some of his attitudes about his experiences in Zuni. She does not acknowledge that it is a tenuous process to attribute to authors the attitudes of their fictional creations.

Still, this book provides a clear understanding of the growth of American anthropology, with interesting side trips into history, literature, and even tourism. Zuni and the American Imagination reminds us that in most cases involving people over time, some whose work has slipped into obscurity may have been much more important than the historical record presents.

Mark Busby's novel, Fort Benning Blues, and an essay collection he co-edited, From Texas to the World and Back: Essays on the Journeys of Katherine Anne Porter, were published this spring. 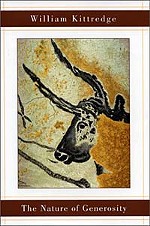