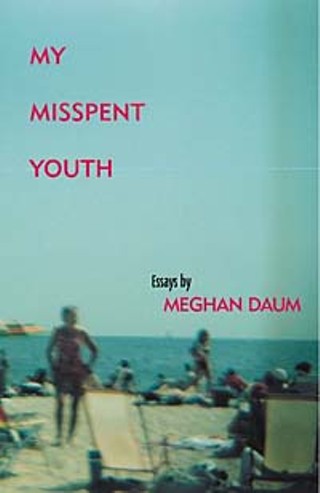 In these 10 essays culled from the observations of a young American doing double takes on everything she sees, Meghan Daum is an expert storyteller linking her "personal banalities to something larger and worth telling," as she explains in the foreword. She is not yet the Joan Didion some have billed her to be, what with debating between carpet and hardwood floors in "Carpet Is Mungers" ("Carpet makes me feel the way the woman who married the multi-millionaire stranger on national television must have felt") or even dolls and stuffed animals in "Toy Children." Earnest studies of the flight attendant mystique and a Northern California "polyamorous" colony are about as political as she gets, and that's fine. Her prose, succinct and compassionate and funny, is always magnetic. And always honest. Especially in such essays as "Variations on Grief," an attempt to cope with her lack of sympathy for a dead friend, and the title essay, a clashing New York City saga of aspiration and reality that originally appeared in The New Yorker.