New Writing About This Place 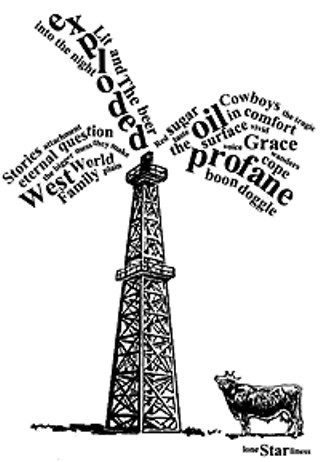 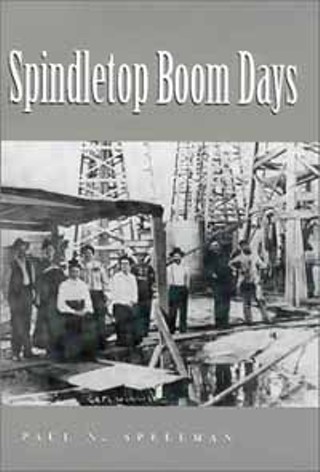 The Day They Took My Uncle and Other Stories

The Fast Red Road: A Plainsong

For those of you who are still pondering the eternal question that seems to arise wherever beer and English majors appear together in the Lone Star State, the answer is: Texas does indeed have a separate and distinctive literature. If you have been arguing the other side of this proposition, the writers and publishers of Texas have issued you a sharp rebuke in their new spring releases.

Texas is blessed with an abundance of scribblers, many of whom will not be seen on Oprah this week or next, but who are tucked away in their corner of the state committing art: Annette Sanford down in Ganado polishing those lapidary short stories she makes seem so effortless and Tom Pilkington on his place among the dairy farms near Stephenville, meditating on Texas identity and creating his next volume of personal essays. There are dozens of others. All of this literary endeavor doesn't even invoke the old names of Dobie, Webb, Bedichek, Graves, Porter, Kelton, Humphrey, Goyen, King, and, dare we say it, McMurtry.

In observance of Texas Writers Month, we will look at some of the rich and varied offerings now released to the reading public, both of us. And, not to go all jingoistic on you, but when is the last time you heard anyone refer to the Delaware Writers Month?

The new releases include novels (both conventional and experimental), history, anthropology, short story collections, and memoirs -- a veritable feast for the bibliophile.

Nothing has shaped modern Texas, in reality and in myth, as much as the oil booms of our state's history, and Spindletop Boom Days by Paul N. Spellman, professor of history at Wharton Junior College, has captured the magnitude of the differences oil discoveries made in Texas. Spellman traces the oil industry in Texas from that first gusher on the coastal salt dome near Beaumont, where the Spindletop well blew more oil into the air on its first day than the entire national production of "petroleum oil" in the preceding year.

This signal event occurred in January, 1901. The ensuing boom was comparable to the gold rushes of Sutter's Mill and the Klondike. Geologists, entrepreneurs of every stripe, confidence men, and other swindlers, hookers, hard-bitten oil field workers and their families, and the whole writhing, representative mass of humanity flocked to Beaumont. At one point, oil leases were sold in lots as small as 1/64th of an acre. Wells were punched in back yards, cheek by jowl. Men in hotel lobbies stood on chairs, waved fists of money in the air, and pleaded with passersby for oil leases. Fortunes were made and lives were lost. It is a fascinating story, and thoroughly documented.

Fires were a terrible danger because the wells came in with such force that the lowlands were simply awash in petroleum. Many of the early drillers invented techniques that are now viewed as standard in the industry, drilling mud, rotating drill bits, cut-off valves -- "We carved a valve out of an apple box and nailed a boot sole across it," one worker recalls. Just as importantly, the predecessor companies of such multinational corporations as Texaco, Exxon, Sunco, and Shell were formed in the chaos of industry, speculation, and frenzy of the Spindletop oil patch.

The saga is peopled with characters colorful, profane, hard-working, and plainspoken. Some hookers became ladies and some ladies moved on. Some smart men lost and some lucky ones became rich beyond dreams of avarice. Former Texas governor Jim Hogg made his great fortune there, not only in the practice of law, but also as an investor in early oil exploration. Many of the ballets, theatres, and symphonies of modern Texas can be traced to names recited in this chronicle. If you like Texas history, you will love Paul Spellman's most recent contribution to it.

By 1903, the Beaumont boom was already waning and the frontier excitement had moved on to Sour Lake in the Big Thicket, where feral hogs came in from the dark woods coated in oil that seeped to the surface in swampy stretches of the forest. Spellman gives us Sour Lake, too. Great stuff; read it.

Jane Roberts Wood authored the fine epistolary novel The Train to Estelline, which told the tale of a young female schoolteacher from Bonham, Texas, and her journey to the arid, bald Texas panhandle. Good news! Wood is back. Her new novel, Grace, is set in a place in East Texas called Cold Springs. We meet all of the people who live on a single block of Pine Street as they cope with their lives and the changes ushered in by World War II: the dislocations, separations, deaths, and loneliness. Wood's narrative is as compelling as a brilliantly executed history, the vivid details of wartime Texas rendered fresh, including rationing of sugar, delivery of war department telegrams, and aching separations from loved ones.

Her characters are true to their place, especially Grace Gillian, the protagonist, who struggles with her failed marriage and her high school students who look to her for advice and comfort as the familiar rhythms of their lives are disrupted by global events. Wood's prose is unobtrusive and occasionally brilliant, as when she speaks of a mentally troubled character whose "voice was as uncertain as smoke." This novel is a great read by a fine Texas writer and teacher of writing. It also reveals a love story that is, at once, realistic and has a happy ending, qualities that are sometimes thought to be mutually exclusive. The reader does, from time to time, feel the characters' lives are so much artists' canvas stretched over the armature of history. On those rare occasions when one becomes conscious of the writer's creative efforts, the narrative is robbed of its immediacy, the sense of the "living dream."

Dick J. Reavis is a familiar name to readers of Texas Monthly, The Texas Observer, and a number of daily newspapers across the state. He has written a memoir of his time as a young volunteer in the civil rights movement in the American South. The title, If White Kids Die, is an allusion to remarks by Stokely Carmichael, the young black leader of the Student Non-Violent Co-Ordinating Committee (SNCC) who predicted that the movement for social justice for black Americans would be taken more seriously if young white people were to die in the struggle. History proved Carmichael right.

Reavis' memory of his experience is carefully rendered. The reader lives his evolution from naive college student at a small state college in Oklahoma to an experienced community organizer who bore up under the official oppression of local authorities in rural Georgia during 1965 and '66. Even for those of age at the time of these events, it is hard to realize the level of violence commonplace in the Deep South in those troubled times.

Reavis' account is mature, nuanced, and detailed. He presents his personal experiences as a kind of activity log of a young white volunteer in the trenches for racial justice during a dangerous time. Our good fortune is to get this well-executed account from the pen of an experienced journalist and excellent writer who had a committed heart in the matter of social justice at a critical point in the race history of our nation.

From TCU Press and the pen of Lionel G. Garcia comes an extraordinary short story collection titled The Day They Took My Uncle and Other Stories. If you don't read anything else about the rich culture of the Texas border, these 15 stories could bring you the enduring culture of the ranch country and the experiences of the invisible Spanish-speaking classes in our cities. There are tears, but there is also humor aplenty. Even the title story about a boy remembering when the deputy sheriff came to take his uncle away to be incarcerated in the state hospital is funny. While all the family has agreed to this plan in advance, when the moment is at hand, they all decide that family loyalty requires them to put up a fight for their uncle/son/brother. When the deputy has finally subdued the cursing miscreant, brushed off the dirt and grass he's collected from rolling around in the yard with the grandmother and sister clinging to him, he very graciously tells them he understands, and drives away with the uncle.

The story "West Texas Cowboys" is about an inept crew of ranch hands who manage to take a small adversity and, with the addition of a little dynamite, turn it into a complete boondoggle, almost governmental in magnitude. It is a very funny portrayal of ranch life with characters named Chigger, Dexter, Grumpy, and Old Man Henderson. I laughed out loud. Repeatedly. The harder these old boys try to make things work out, the bigger mess they make. Even when the tragic consequences become inexorably clear, the laughter continues.

Garcia plays our heartstrings when he speaks of family connections, of parents, ex-wives, and children. Only occasionally does he stray into sentimental mawkishness. It is an easy book to recommend to you.

First-time novelist Stephen Graham Jones is Blackfeet and a visiting professor at Texas Tech University. His novel is The Fast Red Road: A Plainsong. I had to go look up "plainsong," and I am glad I did. It is a kind of music sung in unison without a set rhythm. True to the promise implicit in that subtitle, Jones has exploded the conventional rhythms of novelistic narrative.

It is an experimental technique, challenging to the lazy reader -- my hand is up -- but rewarding in powerful ways. Jones has done in prose what you sometimes see in engineering drawings where a complex piece of machinery is "exploded," with each component set apart from the others so that every aspect may be studied closely. Jones has succeeded in his efforts. His prose is often incantatory, hallucinatory, even fevered. He is a richly inventive writer. He limns a world of truck stops, bus rides, the dusty roads of New Mexico, of earthy couplings, loneliness, and memory. His characters are Pidgin, Mexican Paiute, Sally, Tallboy, Birdfinger, Marina, and Larry, all scrambling in the American desert for a drop of sweetness in life. The conventional narrative arc is not there, but the rain of vivid images draws the reader from moment to moment. He is stronger than a yard of garlic, a voice for the American Indian, the Mexican-American, and the marginalized of every stripe in America today.

The books reviewed above are a tiny snapshot of the current level of industry in Texas letters. Take it from me: The persuasive power of books is the way to go as contrasted with self-improvement. After all, you are already a Texan. Further self-improvement would be gilding the lily.