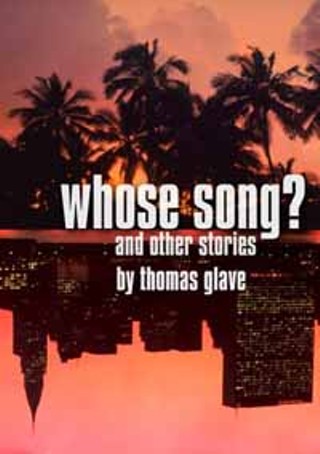 The stories in Thomas Glave's lyrical and haunting collection have several shared themes, one of the most powerful of which is the desire for love. In the tragic but graceful story "Commitment," two young men love each other but will be forced to separate; one of them had sex with a woman and got her pregnant, and now he has to marry her. In this story, as in many others in the collection, the struggle results in violence. In "The Final Inning," a black community has to face the death of a man, Duane, from AIDS. This means they also have to admit he was gay, yet somehow, even after Duane's lover furiously hurls the truth at them at a funeral, some of them still manage to deny it: "supposed to be black and strong like you was Duane but with that faggot shit: what to them was whitefolks shit, another sick nasty fuckedup white thing like that nasty old AIDS, just like nasty whitefolks, not for no black man we know."

Stylistically, Glave pushes boundaries, roaring through a stream-of-consciousness style in every story, sometimes counterpunching with hard dialogue and characterization, or sometimes letting the entire story become a litany of thought and senses. This can be exhilarating, as in the mental breakdown of the narrator in "Accidents," one of the few characters who may have found true love but who won't be allowed to keep it: "the days pass by so quickly, yellow, green, red, until the nights come, the black nights: there must be three or four of them at a time sometimes, they last so long."

Unflinchingly and sadly, these stories confront serious troubles, and the intimacy of Glave's prose makes these troubles painful and real.

The style does fail sometimes, though, and it fails often enough to frustrate. The story "Flying" dives into the details of a failing marriage that has so many problems it's a surprise that it lasts for more than a page. Here, the stream of consciousness is smothering and somewhat self-indulgent. Also problematic is the story "--And Love Them," a monologue of a racist who doesn't believe she's racist. This woman is convinced instead that she's persecuted by African-Americans she tries to understand. About a co-worker, she thinks, "We might even have become friends if she hadn't been such a mean-spirited bitch. To tell you the truth, I don't even see why she always wears all those African clothes, either -- she's not African." The problem with this story is that the narrator is so transparent she's boring, so unfortunately her ranting becomes funny and the story didactic.

Yet in most of these stories, Glave succeeds at portraying complex experiences with a lot of grace and humanity. Last year, the Village Voice Literary Supplement voted Glave a "Writer on the Verge," and they are usually right. Whose Song? And Other Stories is an impressive debut.

Whose Song? And Other Stories, Thomas Glave