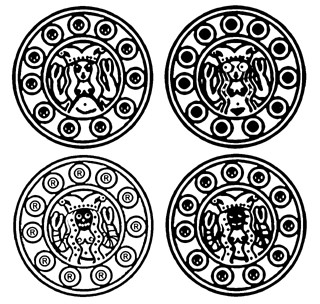 One Market Under God

One of the myths of the tech economy is that a new breed of Hawaiian-shirted technology CEOs were going to transcend the smokestack conventions of the pinstriped, old-economy elite. Through bullish media like CNBC and Fast Company magazine, euphoric consultants like Tom "Brand You" Peters and Charles Handy were the New Economy visionaries of a "free-agent nation."

Social critic Tom Frank's new book One Market Under God deconstructs all this. Frank is not only the founding editor of the acclaimed periodical The Baffler, he is also a Harper's essayist who has written two related books, The Conquest of Cool and Commodify Your Dissent. The essays within One Market Under God serve as a screed against a long list of biz-culture frauds including management theorists, mediagenic CEOs, and "the breathless business writing of the Internet-addled 90s."

Frank's ideas are as dazzling as they are exasperating. He's that scary-smart type from college whose lecture-hall remarks are guaranteed to elicit groans. But there can be little doubt that any reader who can stick with this dense diatribe long enough (Frank's sneering cynicism is best ingested in small doses) will begin to view business differently.

He issues logical, well-stated warnings about the diminishment of organized labor in this country, but he also raises eyebrows by suggesting that profit-based bedrocks of real-life business -- things like selling on commission, or for that matter, publishing a book full of interesting but often naive commentaries -- are evil.

What solutions does Frank offer? He believes in a "countervailing force that resists the imperatives of profit." When Frank is on target, and he frequently can be, he's unstoppable. But in spite of his obvious zeal and extensive research, in the end, his book remains the media-savvy manifesto of a brilliant, ivory-tower theorist.

In the era of Nike, Starbucks, and the Galleryfurniture.com Bowl, few public spaces have been left unbranded. In No Logo: Taking Aim at the Brand Bullies, Canadian writer Naomi Klein examines the effects of pervasive marketing on culture as well as the emerging backlash.

Klein believes that the past decade has seen a surge in corporate marketing rhetoric regarding the global village, "an incredible place where tribes-people in remotest rain forests tap away at laptops [and] Sicilian grandmothers conduct e-business."

Her analysis of the everyday realities of marketing's sweeping effects, such as the arrival of the out-of-town superstores to challenge the Mom-and-Pops of every rural hamlet, is drawn from her frontline experiences as a journalist. She sits in as the verdicts at the recent London McLibel trial -- the British libel lawsuit by McDonald's against several pamphleteers -- are handed down. She also visits Filipino IBM assemblers who don't know how to use the very technology they're creating.

No Logo also serves as an engaging personal history in which Klein recalls, among other things, brand-based definitions of status that any former middle-schooler will recognize. She even recounts the disappointment she felt as a child on family vacations, when her parents refused to stop at roadside Burger Kings.

As more people discover the ethics-blurring effects of corporate mergers or identify the large discrepancies between marketing image and reality, Klein believes their outrage will generate a wave of opposition against marketing giants. (Interestingly, she was completing this book just as the WTO protests in Seattle occurred.)

No Logo asserts that the likeliest of outcomes to anti-corporate sentiment won't be revolution but corporate evolution. As long as the vast global market will support them, branded companies will retool marketing messages just as politicians carefully fine-tune theirs.

One Market Under God: Extreme Capitalism, Market Populism, and the End of Economic Democracy, Thomas Frank, No Logo: Taking Aim at the Brand Bullies, Naomi Klein