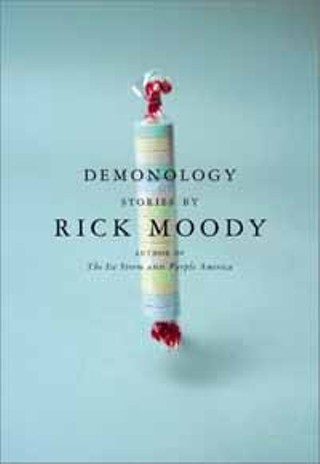 If you find the following sentences brilliant, you will be among the many readers who think that Rick Moody is one of the most original and admired voices in a generation: "Late in every possible way. Late to engagements major and minor; late when it was crucial to be on time; late when it made no difference; late when lateness was clearly his fault; late when he was at the mercy of others; late in the mornings (for having slept late); late in the evenings (for having stayed up late); late to the birth of his godchildren; late to the World Series game, that October classic; late to movies, notwithstanding trailers; late to plays; late to job interviews; late to the doctor and dentist; late to dates and romantic escapades; late when remorseful about lateness; late when careless; late when happy, late when sad or impervious to feelings, increasingly late, and it had always been that way."

If, on the other hand, you find those sentences annoying you, leaving you screaming that you get the point, wondering whether Rick Moody's editor had lost his red pen or what, you will enjoy Moody's new collection of stories, Demonology, as little as I did.

Moody, the author of The Ice Storm and Purple America, can be an engaging storyteller. At their best, his portraits of tragic suburban lives are like John Cheever on acid. But too often in his new collection, Moody relies on lazy tricks. The listing method may have been groundbreaking at one time. In fact, I thought it was damn cool the first time I read it, in Moody's title story, "Demonology," which has been widely anthologized and was even issued in its own little neat-o book last Halloween. In "Demonology," Moody lists vigorously: "... I drank bourbon. My brother drank beer. My father drank single-malt scotches. My grandmother drank the finest collectibles. My sister's ex-husband drank ..." You get the picture. And the story is wonderful, culminating with a tragedy that renders all the listing understandable.

Unfortunately, the method grows tiresome. And Moody's sarcastic narrators leave little room for sympathy. Worst of all, Moody's yammering, listing characters begin to infiltrate the mind. I disliked this book for its repetitiveness, disliked it for its jaded weariness, disliked it when I read it drinking coffee, disliked it in the bathtub, disliked it on a rainy day, disliked it wearing a summer dress ... somebody stop me!