A Daughter's Tale of Violence and Redemption

Babette Hughes was an unhappy Jewish housewife in the 1950s, but she was unhappy for reasons no one could immediately detect. After having grown up in poverty, she had a prosperous husband who provided a country club membership, fur coats, multiple maids, and a 55-foot yacht named after her. But unlike many other unfulfilled women of her generation, her problems stretched far beyond her gilded and bejeweled cage.

At 19, Hughes married a verbally abusive man who would dominate her every move. He had an art collection that was written up in Cleveland publications. Yet he accused her of spending too much money at the supermarket on eggs and beef brisket. Eventually Hughes entered psychoanalysis to learn how to be a better wife. She wanted to become a woman who could please her husband, and not set off his violent verbal torrents. In psychoanalysis, Hughes found a lot more than she was originally looking for. Lost and Found: A Daughter's Tale of Violence and Redemption, is the story of how Hughes came to be in that abusive marriage, and what it took for her to finally leave it. It is the memoir of a self that was first lost in a troubled and neglected childhood, then found through psychoanalysis.

The author's troubles began long before she was born. Her mother married young, to a big-time bootlegger named Lou Rosen. On the author's second birthday, her father became the victim of a Prohibition-era rum war and was murdered in his own driveway by the Mafia, along with her Uncle Addie. Cars lined up down the block to get a glimpse of the spot where the two young men had been slain. Plainclothes police went to her father's funeral in an effort to gather clues about the killer. Hughes was told that her father had died of pneumonia. The secret of her father's murder was to have a devastating effect on her family, and on her life. Due partially to her own sad childhood at a Jewish Orphan Asylum, Hughes' mother wasn't a storybook caregiver. She never asked if Babette had done her homework or complained when Babette skipped school and stayed out wandering the streets of Cleveland until far too late for a 10-year-old. When Hughes was 17, a semester away from graduation, her mother took her out of high school to work as a fashion model. It was a decision her school principal didn't disagree with. The implication that she was pretty but had no brain dealt a heavy blow to Hughes' already shaky self-confidence. Years later she became a straight-A college student.

Following the popularity of Angela's Ashes, another recollection of a troubled childhood, the memoir found new popularity. Hordes of memoirs have been unleashed, many of the pompous, navel-gazing, suburban-angst variety. Lost and Found isn't one of them. Like Angela's Ashes, it is a powerful story of a family circumscribed by shame and poverty. And while Hughes is neither as lyrical nor as bitterly ironic as McCourt, Lost and Found is still a moving story of emotional obstacles overcome.

Babette Hughes will read from and sign Lost and Found at BookPeople on Monday, Jan. 29, at 7pm. 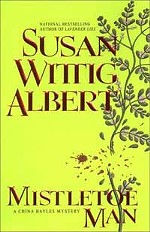 Lost and Found: A Daughter's Tale of Violence and Redemption, Babette Hughes