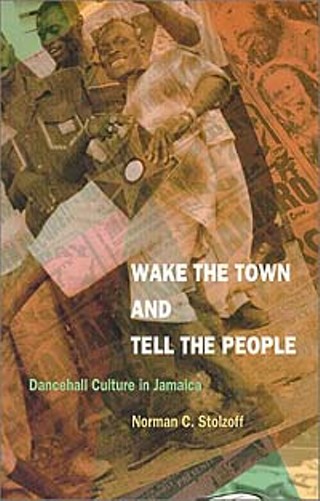 Wake The Town And Tell The People: Dancehall Culture in Jamaica

You don't have to look very far to see the influence that Jamaican dancehall music has had on popular culture worldwide. If nothing else, it was the spirit and traditions of the dancehall brought by Jamaican immigrants to NYC that inspired the birth of rap, now the most influential popular musical force on the planet. While much has been written about the dancehall phenomena over the years, this book views its subject through a decidedly anthropological lens. Stolzoff obviously loves this music, but his book reads more like a doctoral thesis -- replete with page after page of dense footnotes -- than anything you'd ever find in Rolling Stone.

As the music of the black underclass in Jamaica, dancehall has always been culturally innovative and highly competitive. It is also one of the very few means by which ghetto youths can improve their lot in that society's rigid class structure. Not surprisingly, dancehall has been traditionally denigrated by the middle and upper classes who tend to remain rooted to the cultural legacy of British colonialism. In the 1970s, dancehall was used by politicians as a way to garner support for their parties but, unfortunately, the ensuing politically motivated gang violence sowed the seeds for much of the gun play that has plagued Jamaica ever since.

This is not a personality-driven book. Stolzoff is far more concerned in presenting dancehall as a social agent and observing how it affects, as well as reflects, Jamaica's economic and class structure rather than viewing it as merely a means of entertaining "the massive." Nonetheless, he certainly hasn't lost sight of the fact that dancehall is, indeed, the people's music and Jamaica's proud and potent contribution to global culture. 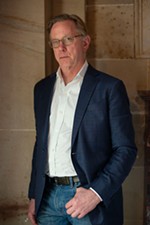