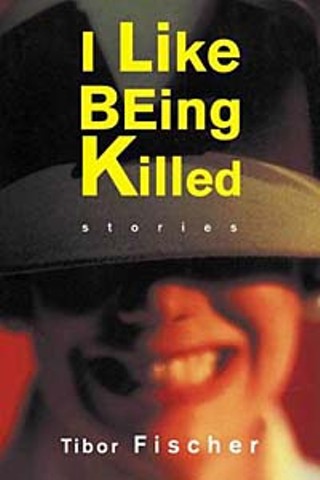 "The notion of being paid to do nothing, even if it was simply spending time at home watching the walls, made him almost swoon." So says Jim, the narrator of "We Ate the Chef." Jim is a Web designer in his mid-30s who has reached a very frightening point in his male life. There is something he wants more than sex and it turns out to be a plebian job offering paid holidays. Preoccupied with the threat of failure, Jim is nominally his own boss and the boss of one other employee -- a male programmer Jim spitefully calls "Betty." The others have either been downsized or have left on their own, according to the same old Darwinian formula: Those who could did, and the rest hoped for the best until it was too late. Jim distills what he's learned into one sentence: "Being your own boss boiled down to choosing which arse you hoped to lick next or which pile of shit you shoveled next; that was it." Jim is also extremely funny.

The aptly titled I Like Being Killed is a self-aware, sharp-witted, laugh-out-loud collection of short stories from British-born writer Tibor Fischer, whose first novel, Under the Frog, was short-listed for the Booker Prize and who was named by Granta as one of England's Best Young Novelists. Richly deserving of whatever prizes or prominent titles he might receive, Fischer is one of that rare breed of writers who can give you something different each time. Smart and funny, his first novel featured a traveling group of naked Hungarian basketballers trying to survive Communism and political unrest in Budapest; his last novel was narrated by an ancient talking bowl. Exhibiting an exuberant, caffeine-driven style -- high-powered metaphors, puns, word, and sound plays -- Fischer is a master at inhabiting disparate kinds of people in their authentic voices. Within this collection's seven stories, among others we meet a professional bookreader, a bitter comedienne, the last surviving member of the Bramhall Bunch (a Wild West outfit in Manchester, England), and a sociopathic artist specializing in cute canine pictures of the soulful-eye variety with such titles as "Will You Be My Friend?," "Pals," and my personal favorite, "Monarch of All He Surveys With His Deep Brown Soulful Eyes." Failure, or lack of true success, is what weighs on Fischer's characters as they find themselves falling behind their peers, their dreams busted or forgotten. But the fact that they're no strangers to humiliation only makes them more deeply human, more familiar. And compulsively readable.

Jim is just one of the characters in I Like Being Killed who hits the wall of disillusion (not for the first time) only to be resigned to the truth. "You start off thinking that life is exciting and glamorous; then after a while you decide that it isn't; then you realize that it is, but not for you. Guest list only. You only got to peep through the keyhole."

Certainly, there's a wistfulness running beneath what Jim says, but there's also the sense of expectations having gone unmet, that perhaps one was cheated, that, in fact, the goods have never been delivered and that someone was wrongly trusted -- and that the responsible party might be luck or might be Jim himself. "Pioneers don't make it," Jim realizes. "They finish up penniless in bars seeking listeners, or die of cold, their bones to be trampled by fur-encased freebooters." Is Jim feeling sorry for himself? Or is this just the way the world is?

Close to the end of Jim's story, he says, "The truth was awful; that's why you had religion, romantic novels, football. You never saw the truth displayed anywhere; you're alone, and you always will be no matter what you do. Why didn't you see that on billboards? Because if you knew that, you knew there was no benefit in telling anyone. Keep your mouth shut."

To his credit, and rather gracefully, Tibor Fischer couldn't.