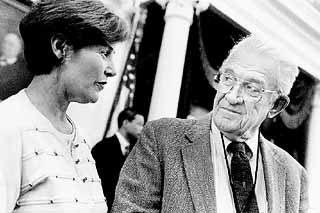 What I Saw at the Texas Book Festival

When I drove into town Saturday for the Book Festival my nerves were abuzz. Was it driving down Lavaca and seeing tourists having their photo taken in the back of the Governor's Mansion? Or was it the eeriness of seeing grown men dressed like Confederate soldiers unpacking their cannon for the Veteran's Day parade? Maybe I was just excited that after missing two years I was back at our state's Shopping Mall of Authors, where I knew I'd be ducking in and out to hear favorite and new writers chatting with crowds that make you think: Reading IS Fundamental. But as I walked up to the Capitol I had a jangling awareness that I was nervous because I couldn't stop thinking that somewhere in Florida someone was counting stacks of paper.

Inside, the place was swarming. Tourists were lying on the floor beneath the rotunda taking pictures. The Confederate soldiers were dragging in a wreath. And everyone was asking: Where's the bathroom?

The oversized leather chairs and tiny desks in the House Chamber were already occupied so I found a spot in the gallery. Until things got started, I peered down at a little girl expertly coloring in the spot where elected officials make laws. The opening hoopla honored John Graves, whose Goodbye to a River is basically the Bible of our state (if you don't count the actual Bible, that is). Texas native Rick Bass observed that Graves' writing occupies the gap between "the geological eternity of rock and dirt" and the "tiny window of our lives and civilization" lived in that rock and dirt. Honorary Chair Laura Bush was there, but she had morphed from first lady to her former librarian self and did not speak a word.

But I couldn't just sit and listen; there was too much to do. I popped into a panel of women poets speaking about popular culture in their work. Ex-cop Sarah Cortez (who read a poem in which a cop says "Fuck you" to say good morning to his lover and remembers her bra size as "34 Bravo") offered that she thought pop culture was "the most superficial reading of anything." Austin poet Marlys West wittily suggested that pop culture began "when cars got on the road." National Book Award winner Ai proclaimed, "I thank God for TV!" explaining that she works off the myths and connections of popular culture through a steady diet of Entertainment Tonight. Wearing a black leather cowboy hat, Ai read a cool, rhythmic rant about the "Pied Piper of Phoenix" whom she had known growing up and who later, from prison, changed his name and became a poet and was eventually murdered behind bars.

Enjoying this poetry jag, I joined University of Houston poet Ed Hirsch's talk about his latest book How to Read a Poem. Quoting poets ranging from Hopkins to Mandelstam, Hirsch argued that poems exist in their relationship to readers. "Readers give the poem meaning," Hirsch explained. "It's a circuit of communication." Poetry, he feels, is a particular and necessary way to gain knowledge. "There's something about poetry that is essential for the species or it would die out," Hirsch proposed. Decrying a growing lack of solitude and isolation that reading poetry demands, Hirsch also took up the cause of the uncanonized poetic form of the work song ("which uses rhythm to ease suffering and turn work into play") and blasted younger poets' affection for fragmentation as a shallow reflection of our culture.

Since I was right in the middle of reading Stephen Harrigan's The Gates of the Alamo, I then settled into the "Page Turners: How Authors Keep Readers up All Night" panel. Austin writer Lawrence Wright told how he transformed his idea for a play about Manuel Noriega into a screenplay and then a novel (God's Favorite), much like Noriega transformed himself from an illegitimate Indian boy to the pock-faced Panamanian dictator held hostage by Americans blaring Nancy Sinatra's "These Boots Are Made for Walking." Reading a section from his new book The Devil's Tiger, San Antonio author Robert Flynn illustrated how he creates suspense through atmosphere, character, and keeping the villain in the shadows. (Don't read this book if you have felinephobia!) Bestselling author Sandra Brown shared her formula for success, likening a plot to a combination lock where she works the elements in her mind until they fall into place and she is able to say "A-ha!" The author of 60 books, and as the only mom on the stage, Brown coolly related her own working method: to set up conflicts and complicate them between taking kids to soccer practice and doing laundry. Harrigan revealed that it took eight years for him to decipher the sinister stranger who showed up in the prologue of his novel.

Now all the panels I wanted to go to were too crowded. I kept running into a sleek youngish guy in a black leather jacket flipping out his cell phone. Did he just say "Palm Beach" or did I imagine it?

Finally, I found a chair in a room where mystery writer Jan Burke (Bones) was speaking. Though I haven't read a mystery since I was 14, I was quickly caught up in a fascinating discussion about cadaver dogs. Extremely playful and deeply devoted to their trainers, these animals make looking for bodies a game. Another interesting thing I learned: You know the way it mars the grass when you leave the hose laying on it for a few days? Dead bodies also leave a burn mark in the grass.

"Participatory journalist" and Paris Review editor George Plimpton was up next, introduced by local birder Victor Emanuel ("Go with him," Plimpton advised, "and you'll fall in love with grackles.") Maybe I should have. Plimpton read from a new book of clever and outrageous letters written to a fictional veterinarian. But I was not in the mood for fluffy. I just had to find someone who was speaking what was on our collective minds. On my way to "Uppity Women, Unite!" I ran into Austin poet Liliana Valenzuela, who was going to hear Ai read. So I decided to put aside my earlier estimation of the poet as kind of flaky.

Ai writes in a form of poetic dramatic monologues that poet Robert Pinsky calls "portraits of human souls." Dragging worn-out book bags behind her like any professor (she's tenured at Oklahoma State University), Ai mounted the stage in head-to-toe black leather, her ears and neck festooned with turquoise beads. Unpacked and comfortable, Ai spoke in the randomly meandering style of a Houston suburb winding between the freeways. Reading in an easy deadpan style that let her internal and unusual rhymes drive the poems forward, Ai took on the voice of the Kennedys (John, Bobby, and John Jr.), Jimmy Hoffa, J. Edgar Hoover ("Mississippi is a state of mind that we all carry with us like a virus"), David Koresh, and Bill Clinton ("she presented herself to me on a plate surrounded by French fries"). Finally warmed up but finding her time was up, Ai said they ought to invite her again for an evening-long reading. I'm looking forward to that day: If anyone will have something brave, shocking, and knowing to say about the 2000 presidential election, this African-Japanese-Indian-European-American poet who lives in Stillwater will write it all down.

What I Heard at the Texas Book Festival

Writing that matters most is akin to poetry -- someone who uses language beautifully. Powerfully. -- John Graves

One of the drawbacks of being a writer is that most of the words you read are your own. -- Rick Bass

The reader is the hero of my book, not the writer. -- Ed Hirsch

My goal is to shop in every place I do a reading. -- Ai

Movies are more about imagining than writing. -- Stephen Harrigan

Revision is the great dental appointment of writing. -- Jan Burke 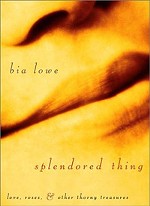 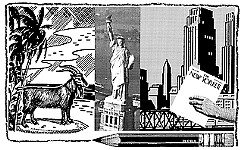