Mitch Cullin after a particularly harmful basketball game in Tucson, Ariz., where he lives (Photo By Peter Cheng)

The dusty, empty places Mitch Cullin keeps returning to in his fiction are "huge" and "vast," he says, as if that settled the matter, as if it were perfectly self-evident that the roominess of rural Texas is reason enough to write about it. But the dust is gritty to a dangerously clichéd degree there, and people, who tend to make fiction interesting, are sometimes in short supply. Yet in all of Cullin's books, what happens out in the country, in the places not on the map, is of vital importance. He doesn't write about small-town Texas; he writes about Texas where there are no towns.

The fact that he seems to be the only young writer mining that territory is vindication, perhaps, for those who insist that writers should stick to what they know. The setting for Whompyjawed (1999), a deftly comic and rueful coming-of-age story, is Claude, which actually is a small town in the Panhandle, though its impetus in Cullin's imagination is Guthrie, a tiny hamlet in West Texas where he graduated from high school as one of a class of nine. Whompyjawed is a classic first-person first novel: Cullin's protagonist makes the kind of careful observations with initially innocent eyes that enable the author to say something universal. Willy Keeler is the star of the football team at his high school, and the town is eagerly molding him into a hero for life: high school football star, college football star, pro football star, then, putatively, famous car salesman or president of the Chamber of Commerce. His future is narrow when it should be open and inviting, and Willy spends the course of the novel conquering it. This kind of youthful bitterness has obvious Texan antecedents; Cullin is an avowed McMurtry fan and, reading Whompyjawed, one can't help but think of The Last Picture Show. Whompyjawed caused Publisher's Weekly to declare that Cullin "elicits comparisons to such precursors as Larry McMurtry, Erskine Caldwell, or even Sherwood Anderson." 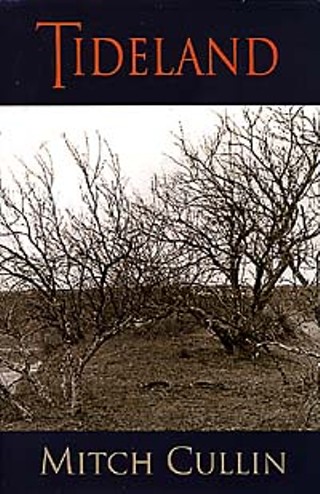 Then, earlier this year, the publication of Branches, a hypnotic, gothic, even hyperbolic novel in verse form, cemented what Cullin might be after: the idea that it helps to use your imagination if you're in the middle of nowhere. Sheriff Branches is the law in King County, which is unfortunate for the residents of King County since Branches has thrown his stepson down a well and, while listening to him yell for help, takes some time to reflect on life in West Texas. Gradually, the reader begins to at least listen to what the sheriff has to say. If reading Branches isn't exactly a sympathetic process, its stark allure is an indication that the author knows what he's doing. By Cullin's own admission, Whompyjawed is a more accurate reflection of West Texas while Branches "is kind of, maybe to a fault," he says, "what other people who haven't really been there might think it's like." Hollywood producer William Finnegan (Northern Exposure) paid $25,000 to option Branches. And now Cullin's new novel Tideland is almost entirely about the imagination of a lonely young girl deserted, for all practical purposes, at a farmhouse north of Salado. Jeliza-Rose and her father, an aging rocker, flee L.A. after the girl's mother dies. They end up in Texas:

On Halloween, I asked my father if ghosts haunted L.A., and he said just a few, mostly dead movie stars, like Marilyn Monroe and Fatty Arbuckle.

"But in Texas," he explained, "there's a ton. Bluesmen like Lightnin' Hopkins and Leadbelly wander Dallas streets at night. Woody Guthrie, too. Then there's the Alamo -- that joint is rich with spooks. And where Mother lived, way out in nowhere, she'd spot ghosts coming and going right outside her windows, right in the middle of the day."

Jeliza-Rose has to fend for herself; her father has OD'd, so she makes friends with several Barbie dolls and a woman she thinks is a ghost. One of the doll heads becomes Jeliza-Rose's best friend as they explore the countryside. It's surprisingly thrilling reading. "They're a pair of small, hard pieces," Jim Lewis wrote in The New York Times recently about Branches and Tideland. "Like stones that you find in the bottom of your pockets -- which turn out to be gems, after all, albeit strangely faceted and a little bit dirty. "

To get to the point where The New York Times would take notice of him, Cullin had to traipse through familiar territory. "I went through my Hemingway phase," he says, "and I did my Carver thing and then I was reading a lot of Beckett, so then I was trying to do American Southwest Beckett and it was horrible, you know, with lots of people in rooms sitting in chairs for a while, using the same sentence over and over again." He has quit borrowing from the usual suspects to tinker with an entire body of literature. "What's partly appealing," he decides, "is when people think of Texas, they think of a specific kind of story. I find it interesting to play with that a little bit."

Mitch Cullin will be a panelist on the "Our Town: Literature From Rural Roots" panel on Saturday, Nov. 11, at 2:15pm in Capitol Extension Room E2.014.