Want a little morality with your murder tale? Austin author Suzy Spencer has the solution. 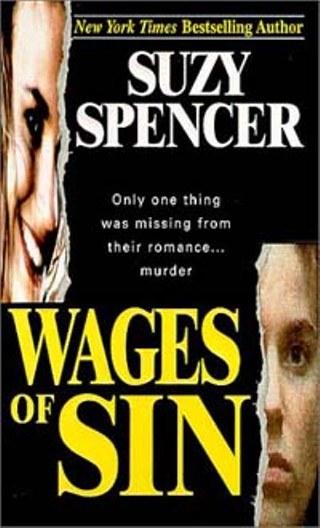 Murder and morals: Suzy Spencer has unleashed another true crime book upon the world. Wages of Sin (Pinnacle Books, 384 pp., $6.50) is about the January 1995 mutilation of Christopher Hatton, a young Austinite murdered by his roomate William Busenberg, who claimed to be a wealthy CIA operative, and Busenberg's girlfriend, Stephanie Martin. Dubbed the "Southern Baptist Killer Stripper" in Spencer's book, Martin grew up in Ponca City, Okla., in a devout Southern Baptist family and later became a stripper in Austin. "Most of the true crime writers I know were true crime fans," Spencer says, though that's not true of her. When she wrote her first true crime book, Wasted (1998), she was "looking at Truman Capote, not true crime writers." She writes true crime that, though it may be subtle, has a "message." What should Wages of Sin readers be able to take from the book? "Con men in love: People who often look confident and successful on the surface are really so desperately lonely that they will believe anything." What about true crime readers who just want a good read without the side order of morality? "I think a lot of them have more depth than we give them credit for," Spencer, a Chronicle contributor, says. Be certain to leave all your depth at home if you plan on attending Spencer's book launch party at BookPeople on Wednesday, November 1, at 7pm. The store will be hosting male and female strippers, serving beer, and, in an effort to make the reading a more "environmental" event, BookPeople will be posting photos from the book on store walls. A crime scene picture book will be available for perusal by those stout souls who go for that kind of thing... Bongo, resident cat at now-defunct Europa Books, died on Wednesday, Oct. 11. "My first significant memory of Bongo was during the second week in the new store [on the Drag]," Europa manager and Desert Books owner Lynn Bender (www.auschron.com/issues/dispatch/2000-03-10/books_feature.html) says. "A street person had just been stabbed outside, and he came in bleeding, asking for an ambulance. My assistant manager's first response was, 'Get off the carpet. You're bleeding on the carpet.Œ I pulled off my shirt and handed it to the fellow to use as a tourniquet. When I looked down on the floor, Bongo was there licking up the blood. It was then that I realized how life at Europa would be." Bongo and fellow feline Betty, both of whom spent their retirement looking out onto Guadalupe from Bender's apartment window, were brought to Europa's doorstep when they were only four weeks old. Bongo will be fondly remembered as the only regular Europa denizen who didn't give away books free of charge to his friends. Bender would like to thank everyone who helped take care of him...The Michener Center hosts J.M. Coetzee (Disgrace) on Thursday, Nov. 2, at 7:30pm in the CMA Auditorium on the UT campus... Current Dobie Paisano fellow and Chronicle contributor Robin Bradford plans to read a new story she's written about the sexual fantasy life of new parents at Gemini Ink's First Friday reading series in San Antonio at the Southwest School of Art & Craft (300 Augusta). Call 210/734-9673.