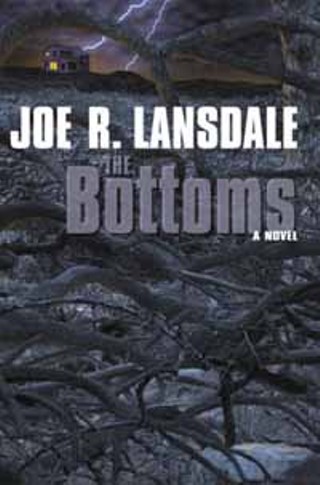 Get this: I'm trying to pigeonhole Lansdale for the benefit of the uninformed, and all it's getting me is a cramp in my left hemisphere from all the free-association. Enough of that, already: Let's just call a spade a spade and agree that Joe Lansdale is the most consistently original and originally visceral writer the great state of Texas (or any other state, for that matter) has seen in a score of flashpoint summers. There. I'm off the soapbox. You can wash your hands now.

Two new fall releases cement -- yet again -- Lansdale's fully developed place in the canon of genre fiction. Exactly what genre that may be is entirely up to the author's whims. Although branded early on with the now-defunct term "splatterpunk" (others from that stillborn movement included Ray Garton, John Skipp and Craig Spector, and Douglas E. Winter, most of whom, unlike Lansdale, have failed to maintain their initial popular velocity), Lansdale is as likely to pen a sci-fi tale or a magical young adult novel as he is an outright piece of horror fiction these days. His most popular works to date have been a series of novels featuring the occasionally hideous, often hilarious misadventures of a pair of East Texas working stiffs by the name of Hap Collins and Leonard Pine. What all this goes to show is that Lansdale, like the best writers of this century, cares more about the tale than the teller. He's all over the map, sure, but what a helluva map.

High Cotton collects 21 of Lansdale's career-spanning short stories, from the groundbreaking "Night They Missed the Horror Show" to "Tight Little Stitches in a Dead Man's Back," both of which garnered awards and recognition upon their original release in the mid- and late Eighties. There's also the just plain laugh-out-loud, wet-your-pants, keel-over-dead-of-an-aneurysm humor of "Godzilla's Twelve-Step Program" (just what it sounds like, but better) and the elegiac, wistful alternate Western "Trains Not Taken," which mixes Rod Serling with Zane Grey and comes up with pure Lansdale. Go figure.

Joe Lansdale has published eight or so shorts collections so far, but High Cotton, spanning as it does his entire career, seems to be the best introduction to the author you could ask for, chock-full o' nuts and guts and the keen, whip-smart passion of an artist at the height of his talents.

The Bottoms, a new novel set in -- where else? -- Depression-era East Texas is also powerful, punchy work, but it lags somewhere behind the rocket-fueled, wild-eyed adventures of Lansdale's Hap Collins series. There's plenty of classic Lansdale in this tale of a bloodthirsty "travellin' man" stalking the beleagured folk of a no-account town situated on the muddy banks of the Sabine River. As in many of his previous East Texas outings, Lansdale works the race angle like an old man tongueing that final, dangling tooth again and again. Each time he pokes it a little harder until that final rush of coppery crimson erupts. The Klan and the simple, unpretty tenor of the times make for more trouble than the black townspeople need or want (they've actually got their own town, separate from the whites, down the road a bit). Add to that a serial killer who is at first preying on black prostitutes and later whoever's unlucky to get in his way, and, well, it's not a novel likely to win the Newbery Award anytime soon.

At the center of The Bottoms is 13-year-old Harry Crane and his nine-year-old sister Tom who, along with their barber-cum-farmer father Jacob, encounter humanity's proverbial darkside one hot and lazy summer. Lansdale's one of only a handful of writers working today who can accurately capture the dreadful helplessness of youth imperiled. The characters are smart and plucky, but they're still kids and they still get in the worst sorts of trouble. But then so do his adults. There's nothing remotely boring or tarnished about anything Lansdale does these days (or ever has, I suppose). His stories resonate like a ghastly tuning fork, and though bad things seem to happen to just about everyone at some point or another, he's not an author averse to relaying the sweet smell of those whispering East Texas pines or the comfortably worn love between a husband and wife that emerges over time. Of course, there may be bodies beneath those trees or a cadaver atop that marital mattress, but that's just a risk you take with Joe Lansdale.