When I Was Five I Killed Myself 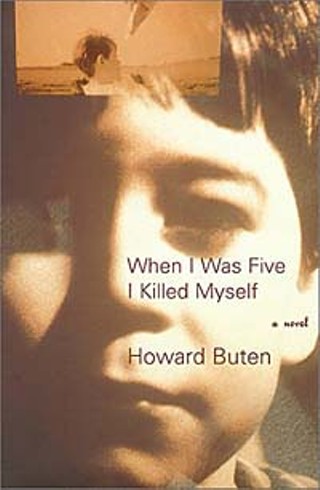 When I Was Five I Killed Myself

The more you learn about novelist Howard Buten, the more clear it becomes that somehow, there is an active child mulling about in his head. He prides himself on writing his first epic novel at the age of 11, he boasts of being an out-and-out spoiled ingrate, and he likes to hang with other kids while dressed as a character he calls Boffo the Clown. For a man in his middle ages, this seems enigmatic at best, but for a writer in his middle ages, it explains some ... interesting prose. In When I Was Five I Killed Myself (first published in 1981 as Burt, now re-released after becoming a classic in France), Buten seems to be studying not only a character, but some part of himself as well, in the young, precocious figure of Burton Rembrandt. At the novel's opening, eight-year-old Burton has been placed in a mental ward after being caught having sex with a girl his own age. For Buten, it is not the how but the why of this act that leads to the heart -- and the single most effective sentence -- of his novel. "I'll make it so we won't be children anymore," Burton says to his troubled friend Jessica as he crawls into her bed. With apparently good intentions, Burton and Jessica fumble among the early hintings of intimacy as they try to erase the difficulties of being too young and too smart for their own good. The mystery of sex, they believe, will take Jessica away from the pain of her father's recent death. It will resolve the anxiety and alienation of Burton's days in school. The results, of course, are catastrophic. Buten uses his wit like a whip to get at the heart of this boy's own story, and in the end the novel succeeds, bringing some shock and some power to that delicate line between youth and the rest of the world.

When I Was Five I Killed Myself, Howard Buten