Judge Chip Kidd by His Covers Nobody in the book trade believes that you shouldn't judge a book by its cover. Publishers spend a lot of money hoping that's exactly what you will do. And some of that money is spent on Chip Kidd, who is the closest thing there is to a rock star in the rarefied world of high-end graphic design. Regarded as the world's foremost book jacket designer, Chip Kidd's work covers a wide array of authors: Michael Crichton, Allan Gurganus, Anne Rice, and John Updike, to name only a few. The recent books of Texas authors Cormac McCarthy and Larry McMurtry all have Kidd covers. In his 14 years at Alfred A. Knopf, the venerable New York publishing house, Kidd has created more than 1,500 book jacket designs. His always imaginative and often daring design work has, according to Graphic Design: America Two, "helped spawn a revolution in the art of American book packaging in the last ten years."

On the telephone from his New York office, Kidd is a quick-witted and confident character. This is no tongue-tied artiste. We start by talking politics. I quickly discover he is not a fan of the current Texas governor. "Isn't he like every guy who made fun of you in school?" he says. Art and commerce meet on the jacket of a book. A book's eyecatching display, even more so than critical reception, can mean everything to its commercial success. Norman Mailer's 1992 novel, Harlot's Ghost, was introduced to lackluster sales with a staid gray jacket. The publisher quickly changed the color to red. More recently, the Darth Maul cover of last year's Phantom Menace novelization by Terry Brooks initially outsold the same book that had jackets featuring other characters from the movie.

Kidd's own design process is more art than science. First, he reads the book. Then he employs what he calls "the magpie method," which is: "picking, choosing, borrowing things that have been done before." The process, Kidd claims, is "driven by nothing." With success, or at least notoriety, Kidd has earned the right to take some risks, even if the results were once described by Updike as "monstrously ugly." There is a paradox that Kidd confronts every time he designs a book jacket: Are the jackets effective because the designer knows what he is doing or are they merely the window dressing wrapping the work of today's best writers?

"A really good book cover has to work regardless of what it's about, on a visceral and emotional level," Kidd says. He sees his job in simple terms, telling Mother Jones magazine last year, "I'm a matchmaker, not a pimp. I design jackets that are elaborate versions of name tags at singles parties. I introduce the prospective buyer to the text, and they either hit it off and go home together or don't." 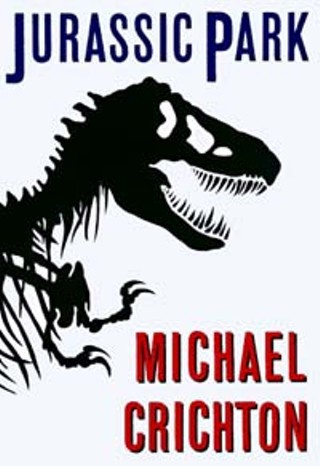 Kidd's influences run from the legendary designers Alvin Lustig (who created classic covers for New York publisher James Laughlin in the 1940s and Fifties) and Peter Saville (best known for his 1979-86 British album covers) to Russian constructivists. From them, Kidd learned that the best style is no style. "A signature look is crippling," he says. "Often, the simplest and most effective solutions aren't dictated by style." Marc English, a local designer and American Institute of Graphic Arts board member, agrees. "Kidd's 'look' is just great design," he says.

The content of the books Kidd designs varies as much as the jackets: Allan Gurganus' fiction, Neil Shaeffer's biography of the Marquis de Sade (decadent, debossed red slashes on an otherwise formal period cover), and Michael Crichton's Jurassic Park. Kidd's well-known illustration of a dinosaur skeleton that adorns the novel became the central image of the movie marketing campaign as well.

The memorable jackets for the Cormac McCarthy border trilogy came together quickly. Kidd did not know what the second and third installment would be about when he designed All the Pretty Horses, but the idea of "borders" stayed with him. In each volume, the front is "bisected with the easy information above, then crosses a border into the visceral, the photograph," he explains. He also knew from the beginning that the color would develop over the series: black and white (All the Pretty Horses), duotone (The Crossing), and four-color (Cities of the Plain). For the controversial Joe Eszterhas novel American Rhapsody, he started with images of Bill Clinton and Monica Lewinksy and ended up with just a pair of red plastic lips, prompting an editor to comment that the book was giving America "a great big kiss!" 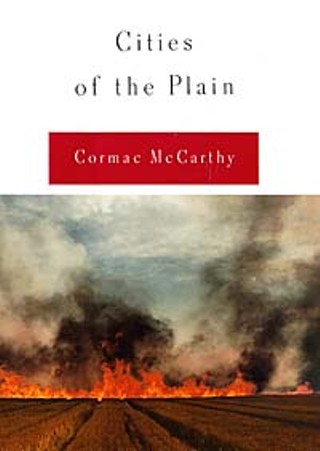 Kidd got between the covers on his first book in 1996's Batman Collected, an exquisitely designed and photographed volume of Caped Crusader fetishism that he describes as "self-indulgent." Since then he has edited and designed other superhero coffee-table collections, including the forthcoming Superman and Wonder Woman: The Complete History.

The public's best chance to divine the inner Chip will occur in the fall of 2001 when Kidd's first novel, The Cheese Monkeys, is published by Scribner. Kidd says the "screwball comedy," while not autobiographical, is a "thinly veiled account of studying design at a major university." (Kidd graduated from Pennsylvania State University and majored in graphic design.) When I ask him about the possibility of a film adaptation, he says the movie's title will be Hoagies and Blow Jobs, and that teenage pop music sensation Britney Spears would play the Kidd-inspired role. After that, I forgot to ask if he was designing the cover of the book.

In the same season, Pantheon will release another Kidd collection of the art of Peanuts creator Charles Schulz. With the cooperation of the late artist's wife, Jeannie, Kidd and photographer Geoff Spear (with whom he collaborated on Batman Collected) spent a week in Schulz's studio. The experience, he says, was "bittersweet." Given free reign in the beloved cartoonist's work space, Kidd says that he thought Schulz "might walk in at any time." The concept for the book's design is to make the reader feel he is rifling through Schulz's sketches and drawings, giving the work a "behind the scenes" sense of immediacy and intimacy.

When asked what the cover of his autobiography might look like, Kidd pauses for a minute and says, "The most pornographic version of the Bible you've ever seen." And it would probably sell.