Dave Hamrick is leaving Barnes & Noble to join Taylor Wilson, a recently founded publishing company in Houston but his departure means more for Texas writers than you might at first imagine. 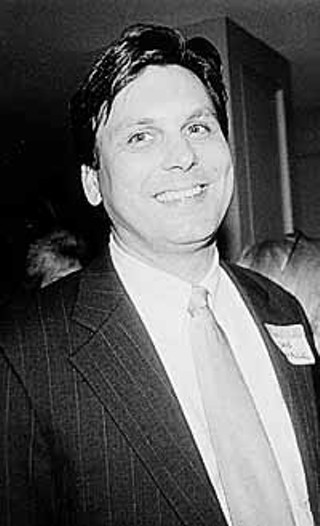 Dave Hamrick is a regional community relations manager for Barnes & Noble, which means that although he lives in Austin, he's always traveling back and forth across the eight states in the South and Southwest that occupy his territory, making certain that Barnes & Noble has a relationship that is mutually beneficial to every community in which it has a presence. That's something of an inexact science -- it's part inside knowledge of the literary life of a place, part effective marketing, and part juggling act of keeping authors, publishers, and the reading public all happy -- and it suits Hamrick quite well. But maybe that's because there's an ineffable quality, something kind of contradictory, about Hamrick himself. The tip of the iceberg: He talks up his various projects with unabashed pride but is self-deprecating to an almost frustrating degree. "It's kind of hard to put your finger on it," says John Graves (Goodbye to a River), "but he's well-read, much better read than most booksellers, you know, and he has a range of interests that sometimes surprises you."

On Friday, August 18, Hamrick will leave Barnes & Noble to begin work as the marketing director of Taylor Wilson, a recently founded publishing company in Houston that has acquired some 150 titles from Gulf Publishing, a now-defunct outfit that specialized in scientific and technical books and guide-type books for the general reader. Taylor Wilson will expand that list to become a general publisher, and, as Hamrick points out, the company also intends to become the best publisher in Texas. "This is a logical move for me," he says," and I've always had an interest in this. ... There's a vacuum in this state for a great publisher." In addition to being marketing director, he will also be the publisher of Taylor Wilson's imprint of Texas books, Lone Star Books. Hamrick will continue to live in Austin.

Hamrick may be a host of intriguing contradictions, but they pale in comparison to the contradictions of his position at B&N. Dave Hamrick's departure from B&N is so noteworthy in part because writers in Texas speak about him in exactly the same way that many writers speak about independent booksellers -- with effusive praise and genuine thanks. Hamrick's tenure at B&N throws a wrench in the chain vs. independent debacle, which posits corporate booksellers as faceless entities who don't know a whit about books. "He's really gone to the mat to make sure that my book had a good shot in Barnes & Noble and even elsewhere," Stephen Harrigan (The Gates of the Alamo) says. "It's subtle, but you feel like he's your personal White Knight as a writer. I've never met anybody who's so passionate about Texas writing, and I don't mean Texas writing in a kind of reductive way, as a kind of regional hobby horse, but as a body of work that he believes in and deeply supports." Hamrick hopes to fill Texas' publishing vacuum in his new venture, but the irony is that his departure from B&N creates another one.