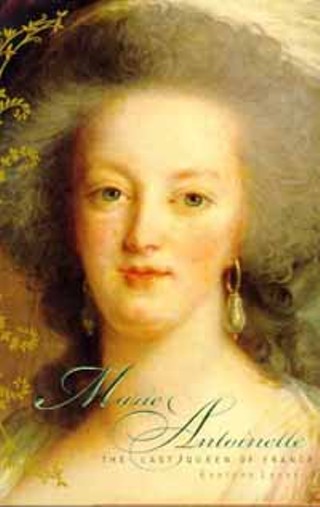 The Last Queen of France

This Marie Antoinette is not the empty-headed, arrogant fashion plate of yesteryear. This is a new and improved Marie Antoinette -- a lovely girl, really, who was an innocent victim of the machinations of her neglectful husband, scheming mother, aunts-in-law, advisors, and entourage, but most importantly, the victim of public misperception. It is a thrilling tale: Bypassing sensationalism, Lever introduces us to a wicked cast of characters worthy of Les Liaisons Dangereuses, all currying favor with the glamorous new queen. Of course, she dispensed with them the way any young girl thrust into her position as the head of one of the most decadent courts in history would. Antonia -- she was known as Marie Antoinette only in France -- was the 15th of 16 children (mon Dieu!). After a privileged Hapsburg upbringing, she was swept into an arranged marriage with Louis XVI, Dauphin of France -- a bumbling, incommunicative adolescent who fails to consummate his marriage for many months. When the old king, Louis XV, died, she took her rightful place as Queen of France, setting the standards for all aspects of luxurious living. But the spectacular rise of Marie Antoinette was destined for tragedy, first as the aristocrats turned against her, and, eventually, the entire population. "Without any ostentation or lies, I let the public believe that I have more influence than I really do because if I did not make them think so, I would have even less," she once said. But, as history would prove, the public believed in her less and less, and her ultimate victimization was under the blade of Madame Guillotine.