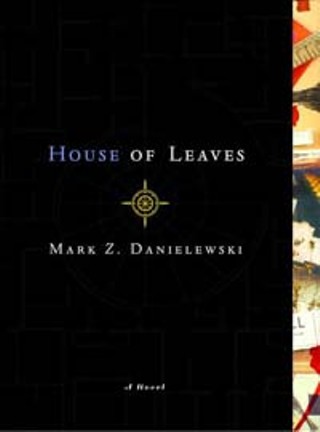 House of Leaves: A Novel

House of Leaves pursues two broad plot lines, hinged together with the old "found manuscript" gambit. One plot device follows Johnny Truant's descent into a panic psychosis. Johnny is the product of a horrendous childhood, which has left scars on his arms. He's drifted down to L.A., where he exists in an outlier culture, among motorcyclists, strippers, hairdressers, piercers, and tattooists. He is himself learning the last of these arts. It is typical of Johnny's crowd that his best friend is a hairdresser named Lude, and the light of his loins (in fantasy, if not in fact) is a stripper named Thumper. This is all pure L.A. gothic, where the ancestral spirits are John Fante and Charles Bukowski. In contrast to Southern Gothic, which draws its elemental motifs from apartheid and incest, L.A. Gothic is invested in the perils of the beautiful physique (contrary to conventional wisdom, Beauty and the Beast, not Cinderella, is the most L.A. of fairytales) and the downward spiral generated by systematically fucking with your neurons, via either old-fashioned alcohol or any of that rainbow of legal and illegal pharmacopeia which is purchasable in back alleys and club toilets. Truant favors X, as a matter of fact.

Lude is the connection to the second plot line. Lude and Truant go into the apartment of a deceased blind man named Zampano and find a manuscript among his effects. The whole novel pretends to be Truant's edition of Zampano's manuscript. Truant's story, then, comes in footnotes to footnotes in Zampano's text. That central text is titled The Navidson Report. It is an exhaustive, scholarly examination of an apocryphal documentary filmed by a photojournalist, Will Navidson, who buys a house for himself, his girlfriend, Karen, and their two kids in Virginia. The idea is for Will and Karen to repair their relationship. Navidson goes so far as to set up cameras everywhere in the house, making a documentary of his conjugal solution. The house, however, has other ideas. Will discovers that the area inside the house is bigger than the area outside the house. As if that weren't puzzling enough, the space inside the house has the cancerous property of inexplicably multiplying.

Zampano's manuscript is more than a story, though -- it is a huge collage of fake and real scholarly references. It is as if Zampano were working out of some dark wing of the Library of Babel. Danielewski has a genius for pastiche, and he lets it go in these sections, which include reflections on space, time, the echo motif in literature, and much, much more. Too much, really -- Danielewski sometimes seems to be writing his collected works instead of one novel. In the end, he throws in way too much -- poems, Xerox art, typographical experiments, and essays you know he wrote for some class at Yale and just couldn't resist attaching to the work in progress, for God's sake. It is all oddly parallel to its plot -- the "contained," here, is greater than the "container."

Still, Danielewski is genius enough to get away with being incredibly messy. So sign me up to the inevitable House of Leaves listserver -- I have some questions about footnote 325.