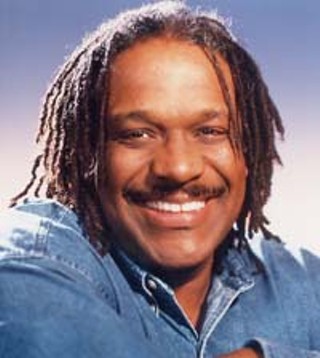 For 13 years, Newbery Award-winning novelist Christopher Paul Curtis worked on an automobile assembly line in Flint, Michigan. Every day he and his partner would double up for a half hour so that they would have 30-minute breaks. Most people, no doubt, would spend the time getting a Coke or smoking a cigarette. But not Curtis -- he used his time to write in his notebooks. "When I was writing, it would take me away from the factory, because I hated the factory," he said recently by phone. "I feel that this was some kind of apprenticeship that I served for those 13 years, where

I was practicing writing."

Judging by the slew of honors that have been showered upon Curtis in the past few years, those half-hour breaks have proven to be time well spent. In January, Curtis' second novel, Bud, Not Buddy (Delacorte, $15.95), won the Newbery Award, the plum literary prize for children's books, and also the Coretta Scott King Author Award for excellence by an African-American writer -- the first time any author has claimed both awards. Curtis' first children's novel, The Watsons Go to Birmingham -- 1963 (Delacorte, $15.95), received Honor Book designations from both awards in 1995.

So how did Curtis go from the assembly line to the peak of literary success? He started out writing in his journals on those breaks, and tried his hand at fiction in his 20s and 30s -- efforts that he claims were "terrible." It wasn't until his 40s that his attempts at fiction proved worthy. Then in 1993, his wife, believing in his talent, agreed to support him for a year while he wrote Watsons. That novel, about a loving and quirky African-American family in Michigan who travel to Birmingham at the time of the 1963 church bombing that massacred four little girls, didn't start out as a children's book at all. "I didn't think of it as a book for young people, I just wanted to tell the story," Curtis says. Still, he sent the manuscript to Delacorte Press, which sponsored a contest for children's novels. Although he didn't win the contest, the publisher bought the book anyway, recognizing its merits. With that stroke of fortune, Curtis' career as a children's writer was launched, and his days at the factory a happily distant memory.

Bud, Not Buddy tells the story of Bud, so named because his mother says Buddy is a "dog's name or a name that somebody's going to use on you if they're being false-friendly," whereas "a bud is a flower-to-be. ... It's a little fist of love waiting to unfold and be seen by the world." When the novel opens, Bud's mother has been dead for four years, and the identity of his father is a secret, which leaves Bud a member of the pantheon of literary orphans. After bouncing from the orphanage to abusive foster families, Bud hits the road in search of his father. He has reason to believe his father is none other than the famous jazz musician Herman E. Calloway, whose band is called the Dusky Devastators of the Depression!!!!!!, exclamation points and all. When Bud finally does encounter the ornery musician and his circle of friends, surprises await all of them.

Now writing full-time, Curtis is at work on his third novel for children, this one set in contemporary times. Writing for children, he says, "is more gratifying, because your book is given more time to spread. And there is something nice about having a kid come up to you and say, 'I really liked your book.'" Judging by the charms that Bud, Not Buddy offers, Curtis will be hearing those words again and again.