A Place of Her Own 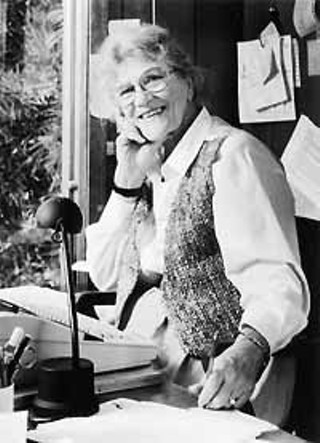 If Annette Sanford were as quaint and knowable as her short stories suggest she is, Hollywood, or Oprah, would have gotten to her at least 11 years ago, when her first collection of stories, Lasting Attachments, was published and revealed, all over again, what the ordinary people have to say if you just listen. If she had any interest whatsoever in being observed (she knows she is a far more effective observer), she could have made a mint by now on the strikingly authentic fictional world she has created; she could have been persuaded to transform Ganado, Texas, her little outpost of a town 90 miles southwest of Houston, into a living museum, somewhat like Savannah, Georgia, post-Midnight in the Garden of Good and Evil: There on the left behind the Gulf station lives Rooney, the "Goose Girl" who's a little backward and owns "one old hen that's smarter than the sheriff" and if you crane your neck, on the right you'll see Miss Eloise Bannister sitting on her bench reading her devotionals. Wave to nice old Mr. Moore, who still lives with his mother, and don't forget to stop by the visitors' center for some of Berniece's cake. In Crossing Shattuck Bridge (SMU Press, 202 pp., $17.95), Sanford's most recent collection, she effortlessly evokes a fondness for The Way Things Used to Be in some vague Texas-Southern past while forbidding the musty odor of nostalgia to permeate her stories. Many of her characters are notable for just how customary they want life to be. They stick to their habits as if routine, the idea of routine, were the very sustenance of life. Yet they all, in one way or another, stand on brittle, brittle precipices, on the brink of unearthing monumental changes for themselves. Sanford can be laugh-out-loud funny, poignant, and tragic, sometimes in the same breath. But she couldn't do it if she lived in the city. The country is indelibly her metier. She needs small-town life, as a bird does the air.

In "Housekeeping," Eloise Bannister, who taught in the Grover public schools for 40 years, has never been married. The very idea of sex gives her a stomachache. Every Friday she drives seven miles to Payne to return her library books and check out new ones. This Friday, though, the library is unexpectedly closed so, Sanford writes, "she drove home bitterly and went to the store for fire ant bait, and lemons and sugar and jars for preserves. She had to go back for corn pads and Tums and to stop at the post office and run by the bank," none of which seems to matter. The house she's lived in since she was a child is falling apart. She is skeptical when Abel Brown, a "string bean type," comes through town offering to fix up her house so that she can sell it if she'd like. "What are you up to?" she asks him.

He looked straight at her. "Up to filling my time."

She had stared down enough schoolboys to think she could believe him. "You've been riding around this morning, searching for damages?" 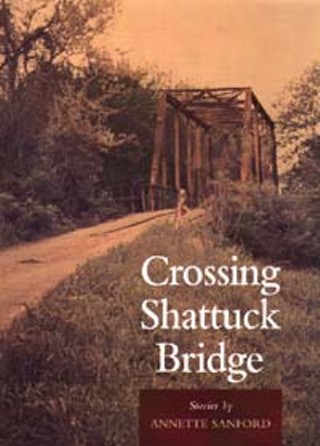 "Didn't think you were." His blue eyes twinkled. "Thought you might be seventy."

"That's wrong too." But it was close enough to give her a shiver.

At the point in their relationship when she allows him to bring her dinner, boiled shrimp and potato salad ("men, she had been told, love potato salad") she worries about contracting ptomaine. But no fear: "If later in the night she had to get up and go to the hospital, she had a clean gown and an insurance policy," the clean gown being the first order of business, of course. Abel finds more and more wrong with the house, which condemns him to con-man status in Eloise's estimation, but he grows on her and she begins to miss him several days after she foolishly refuses to have anything to do with him. "Housekeeping" is about gaining late in life what you've let lie dormant, "a dormant silliness ... that has waked up all at once and wants to dance," as Eloise calls it. The wizened spinster who is given a second chance may be common in Southern literature, but Sanford's take is more feisty.

She is thoroughly content with allowing a story's meaning to unravel itself from what people say. Dialogue, and then description, is what matters. And most of that dialogue is full of pluck. The characters in Sanford's stories are as thorny as wasps, only it's easier to know how to make wasps mad. In "The Oil of Gladness," Anne-Marie, the narrator, has been "a pest all my life to someone or other." She cleans apartments for money. Her daughter Jeannie is under the care of the state because she's "afflicted" and "not put together in a normal way." Anne-Marie likes Champ, her fiancé, because he's "steady, the same all the time," except today, when he's decided to go off to Lubbock without telling her why. His decision sends her into a tailspin, a sensible tailspin since she relies upon the "lessons" she has recently learned in some courses she's been taking, literature and Bible studies. In Bible class, she's been reading Paul's letter to the Hebrews ("Paul, the apostle of Jesus, you know") and is taken with the phrase "the oil of gladness" that God anointed Jesus with to "set him above the angels." "Jesus endures" is what Anne-Marie takes from the lesson. "I vowed in my prayers I was going to endure, like Jesus, you know, and when I went to work I'd spread the oil of gladness over every piece of furniture I dusted that day." It's so telling for her to say that, and funny, and it makes perfect sense for it to take place in Texas. "I know people have certain concepts about Texas," Sanford says, "which are just as foreign to me as if I had never lived in Texas because I don't know that kind of Texas. But I know that Texas, the basic characteristics of Texas people, there's a plainness about Texas people, and an openness, and bluntness and those kinds of things, a sense of honor and obligation, all of those things are basic to me and important to me and are just my whole makeup and I think that's what I consider Texas because the Texans that I know are like that."

Sanford is not a prolific writer. She was a high-school English teacher for 25 years and in the span of 10 years wrote 25 paperback romances under five pseudonyms (Anne Shore, Mary Carroll, Anne Starr, Lisa St. John, and Meg Dominique). But the short story "can't be hurried," she says. "Getting the sentence rhythms is extremely important to me. That's one reason I work so slowly. ... Sometimes I sit there and I think, "Well, I will never write another story.' I've died and it's over and then maybe that will go on for two or three days.

"Jessamyn West, I think she may have been one of the best writers," Sanford says. "Maybe not just because of what she wrote but of the philosophy she had behind her writing, like she said, in trying to explain being a writer to children, she said that "Stories come through me like webs come through spiders,' and the longer I write the more I realize that, that what I'm doing is accessing what's all around me, everything that I need to write a particular story is right here, and all I have to do is make myself accessible so that that can come through me."