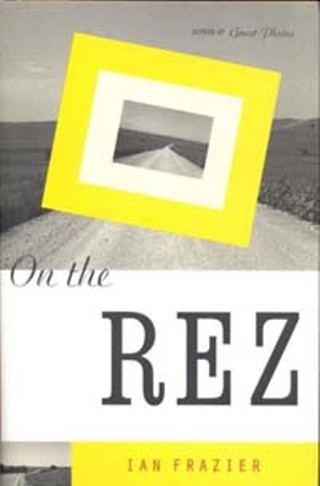 Ian Frazier's On the Rez fits into a tradition of Americans "going native" that goes back at least to Frank Hamilton Cushing's account of joining the Zuni in the 1890s, The Mythic World of the Zuni. But, as Frazier focuses on the Pine Ridge Reservation and the Oglala Sioux who live there, it's unclear how aware he is that he writes headfirst into this tradition. His stance toward his subject seems accidentally postmodern: He knows a problematic nostalgia for some pure American Indian past drives both apologies and condemnations of American history, but he proceeds to elevate the past as beautiful and tragic and the future as inevitably triumphant: "Walking in Pine Ridge, I feel as if I'm in actual America, the original version that was here before and will still be here after we're gone." Yet as he romanticizes, he also trivializes. The title of the book indicates a hip informality and familiarity with things Indian: the "Rez." In our contemporary fetish for memoir, we want our writers to be familiar and to treat us as one of them. So, since Frazier apparently has earned the right to use the lingo of the reservation in the title, he passes that right to his reader, assuming that we, too, seek a baptism of our own Native American nostalgia. This shorthand also makes Pine Ridge gloss into any Indian reservation. They all are one, he seems to say. Though he has a fondness for the Oglala ("In the same way that I have gotten used to my liking for hot sauce or my aversion to crowds, I accept that my affections veer toward the Oglala Sioux"), it is as if any "rez" will do.

Frazier's romantic notions are couched in innocence, and he seems to think his readers will appreciate this. In Chapter One, he continues his rapture on Crazy Horse begun so eloquently in his bestseller Great Plains, but he explains that when his wife wanted to remodel their home, he asked himself, in earnest, "Would Crazy Horse have spent this much to remodel a kitchen?" This infatuation seems juvenile and extreme. Frazier broadly uses the royal "we" to explore popular opinion of American Indians and reaches the conclusion that most Americans are in need of heroes: "Most everybody wants to be rich, millions want to be famous, but no one today wants to be mistaken for a hero," Frazier writes. "This recent change in our psychology is baffling to me. It is also profoundly un-Indian." According to Frazier, heroes are still to be found on the Pine Ridge Reservation, as seen in the large number of war veterans there, and in particular, one excellent child athlete. Not only does he make clear his intended audience (people unfamiliar with Native America), he also makes clear why we need heroes: The terrible task of everyday life requires greater guidance than that found at Home Depot.

Beyond these generalizations, though, the book has rich material worth mining. Frazier has a wonderful sense of detail, and he uncovers much of the Pine Ridge life. The young woman he finds to be a true hero "on the Rez," SuAnne Big Crow, fascinates Frazier for three chapters. SuAnne Big Crow was a high school basketball player whose brilliant playing brought enemies together to cheer for her and who took the reservation basketball team to the state finals. He tells about her winning game as if he were there. He tells how her early death was just one of many early deaths on the reservation, but how badly it affected all the people she had touched. Frazier delves into the history of the reservation and pieces it together, story by story. He doesn't just stop at Pine Ridge, either, examining all of American history to uncover the often ignored ways that this nation (and Europe) have been shaped by the Indian nations.

Perhaps the most unforgettable part of the book is that Frazier confronts the difficulties of friendship between whites and Indians and, significantly, the ethical questions that arise when journalists use their friends as material. Literal-minded, cautious, All-American Ian Frazier (never mind the ponytail: He has a wife, two kids, four-wheel drive, doesn't drink, and wears his seatbelt) is enamored and overwhelmed by his friend and informant Le War Lance, who first made an appearance in Great Plains. Le's big personality and wild stories are fun. He tells tall tales that could be real and real tales that are tall, and he generally seems aware of the confusion that he wants to stir up. Le regularly asks Frazier for money, and when Frazier is feeling grateful or benevolent, he gives it to him (and his sisters and friends). This friendship wavers from good to bad; Frazier has his research to do, Le has his alcohol to drink. Throughout, though, Le calls Frazier "brother," and this feeds Frazier's eagerness to learn more about the Oglala. If Frazier is a brother, he is a little brother -- he's got a lot to learn. Still, like many younger siblings, he keeps his mouth shut and his ears open. As a result, he has some wonderful stories to recount. 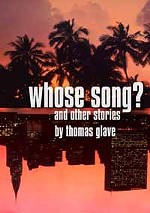 On the Rez, Ian Frazier