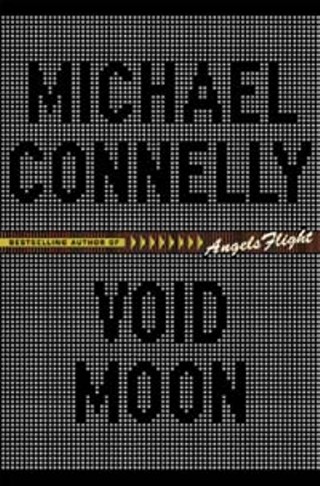 Michael Connelly's eighth crime novel, Void Moon, takes its title from an astrological term. When the moon moves from one house to another, there's a period of time in which it's technically between houses and, therefore, in an astrological void; and the experts who give advice based upon celestial stuff warn that a void moon is a time in which to avoid any risky behavior whatsoever. The protagonist of Void Moon is Cassie Black, an ex-con from Los Angeles and a so-called "hot prowler" (someone who specializes in burglarizing occupied domiciles -- in this case, a Las Vegas casino hotel room rented by a high roller expected to reap a big score). While planning the caper, Cassie's boss, Leo, warns her of the approaching void moon, which will occur between 3:22 and 3:38 in the morning on the night of the crime. Despite Leo's detailed explanation of the astrological significance, Cassie is still bemused and skeptical:

"What are you talking about?"

"It's a void moon. -- And so it's a bad luck time, Cass. Anything can happen under a void moon. Anything wrong. Just don't make your move during that time. -- I'm not fucking around here, Cass. You know Lincoln, McKinley and Kennedy were all inaugurated during a void moon? All three of them and look what happened to them. Clinton, too, and he might as well've been shot, what happened with him."

It's a great passage in the book, full of character-revealing tension and foreboding (anybody who's ever read a crime novel or seen a suspense movie will automatically know, without a doubt, that that void moon will be waiting out there for our protagonist, a trap door for a bottomless pit).

The Clinton reference is amusing, too, since the president is known to be a big fan of Connelly's. The main male character in the novel is Jack Karch, a private eye who works for the mob. A bête noir like Karch makes it easy for the reader to root for Cassie, a rounded and believeable and sympathetic bad girl.

Void Moon marks Connelly's third outing without his classic series character, the brooding L.A. homicide detective Harry Bosch, and his first novel featuring a protagonist on the other side of the law, making this book more or less "between houses" in a literary sense. Or maybe not. Cops and robbers have an awful lot in common; writing about one isn't that different from another; and the challenge to make it all work has only prodded Connelly to greater than usual heights. Enlivened with a good dose of moral ambiguity, and Connelly's growing mastery of form highlighted by satisfying plot twists, vividly drawn scenarios, and razor's-edge suspense, Void Moon will inevitably prove to be a piece of very good luck for an author who has few peers in the field of contemporary crime literature.