The New Sweet Style: A Novel

The New Sweet Style: A Novel

The New Sweet Style, by Russian émigré novelist Vassily Aksyonov, is more than a postmodern wink at the nature of fiction, the absurdities of democratic and totalitarian states, the garish beauty of pop culture, love, death, celebrity, and genetic inheritance. There would be nothing particularly rousing about it, other than its manic Marx Brothers energy, if it were. We've been intimate with this type of archness the last two decades: writers who are playful without ever feeling gravity's tug. But The New Sweet Style is actually a throwback in some ways, a passionate homage to earlier literature with its overt references to Dante and Beatrice, its picaresque plot structure, its overriding obsessions with the timeless mixing of divine and earthly love.

The New Sweet Style is the story of Alex Korbach, a folksinger, playwright, actor, and infinite jester, a "sort of cross between Bob Dylan and Woody Allen," as one character calls him, who is booted out of the Soviet Union in 1980 because he has tweaked the Kremlin's nose one too many times. He's told as he's leaving the USSR that the name "Korbach" is a "big name in the States," and expects when he arrives in New York a confirmation of his international reputation as artist and iconoclast. Sure enough, there's a jumble of media types at the airport gate, but he soon discovers that they are there for a famous tennis star. Soon, he becomes a picaresque wanderer, forever glancing behind him for KGB operatives (who have enlisted his former wife to spy on him) and discovers, while on a drunken binge in Times Square, that "Korbach" is, in fact, a big name in the States -- it's the name of a Macy's-like department store. In a state of drunken limbo, he stands (wobbles) before a gigantic Korbach retail sign, and like an ill-equipped prophet, promptly misinterprets what he sees: "In huge, burning letters, standing out against a dark sky, was his own name. --Well, that's it [he thought]. My time has come. They're calling. Everyone goes through his sufferings on the Day of Judgment alone." These types of misinterpretations, as you might expect in a novel about an émigré, become central to the novel.

The early wanderings and episodic nature of the novel mirror somewhat Dante's journey with Virgil, although Aksyonov's American hell is decidedly less orderly than Dante's. And it's a line from the divine comedy that immediately imparts gravity to all of Aksyonov's postmodern flirting. Alex chants, "They know not that we are merely worms/in which are being formed a moth imperishable/soaring up to God's judgment from their darkness," as a kind of mantra (while developing a fondness for scotch) to get himself through the émigré experience. And these lines seem the key to the "new sweet style" that Alex, as an artist, is trying to revive, combining the vulgar with the sacred, just as his hero Dante did. Along the way, he's guided by his own Virgil, the head of the Korbach Retail empire and his fourth cousin, Stanley, who, coincidentally, is a big Dante fan himself. As a result of Stanley's influence (not to mention genes), Alex leaves his fifth-circle-of-hell life as an L.A. parking garage attendant and reenters the artistic world. He performs at a reunion of the Korbachs and meets his own Beatrice in the form of Stanley's daughter Nora. And this is where Aksyonov hits his stride: "Before [Alex's] eyes -- the heads of the crowd gradually turned into faces with little wings of applause fluttering beneath their chins. At the far end of the hall, there was Nora, "with two shining mirrors of the soul.' A thrilling tumult boiled up within [him]. He had never been so on edge in his life." Alex proceeds to put together an improbable performance art piece that includes Elvis-like crooning and social protest back flips. Of course, this tumult is what Aksyonov wants the reader to participate in, this thrill of repatriation to life, an appreciation of the libido mixed with the soul. And because he simultaneously defies and respects gravity, you feel compelled to go along. 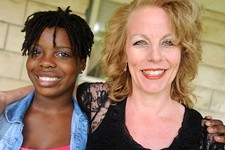 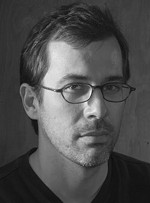