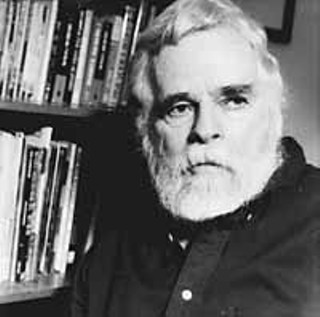 Kafka was not compelled to explain why Gregor Samsa woke up one morning as a cockroach. Novelists possess a license to use or abuse reality any way they see fit. They can abide by the rules of logic and the laws of nature or they can consider them as malleable as tin foil -- to be crumpled into a ball and tossed out the car window. The license to suspend reality might just be the reason Austin's Neal Barrett Jr. has stayed in the writing game these many years, from his early days writing paperbacks for science-ficionados through his literary cult novel The Hereafter Gang and his two Wiley Moss mysteries (Bad Eye Blues and Skinny Annie Blues). Several times over, he has earned his reputation for shunning the mundane in favor of a fictional world that is, if not better, at least a hell of a lot more interesting.

His latest venture into mind-over-matter fiction is Interstate Dreams, a comic thriller that rides the highway between Austin and Houston while skirting the bounds of the natural and the mystical. Barrett introduces Dreamer (just Dreamer, like Cher, Prince, or Lassie), an Austinite who possesses an unexplained ability to cause alarms of all kinds to disarm themselves whenever he's in the neighborhood. Burglar alarms, car alarms, smoke alarms -- you name it -- Dreamer can tiptoe through a minefield of 'em without setting off so much as a peep.

He wasn't always that way, but he acquired a metal plate in his head a few years back when he crashed a chopper he was piloting in Panama. His crew died, his recovery was lengthy, and he very much hoped he would never be called on to fly again. And, without warning, he discovered that he was mysteriously invisible to alarms. He had become a stealth person by virtue of a little piece of steel that he never asked for in the first place.

What's an honest man to do with a skill that's custom-made for crooks? Play Robin Hood, of course. Steal things that have already been stolen and return them to their rightful owners. And so our story begins: Dreamer is in a van with the indispensably cool Junior Lewis at the wheel traveling from Austin to Houston, where Dreamer is to infiltrate the luxury residence towers of Enchanted Mesa West. He has been engaged to liberate the secret behind certain genetic engineering documents, supposedly in order to reunite them with their proper owners. Unfortunately, retrieving -- which is really just stealing with the best of motives -- generally attracts your criminal element, and Dreamer's less-than-honorable employers have been less-than-honest about their intentions. Dreamer gets angry, which provokes his Houston mob contractors into launching multiple revenge ploys against his friends and acquaintances -- a kidnapping of a young girl, a Fokker aerial dogfight with real ammo (or some of it, at least), and more. To be sure, Barrett populates Interstate Dreams with one of the most charming assortment of oddballs to come down the pike in years. And he writes character and banter like no one else. Besides Dreamer and his low-slung ambitions (he'd prefer to just hang around his tropical fish store and sell guppies all day), there's his co-worker Dinh, who feels "a racial obligation" to eschew jeans in favor of his Viet Cong Army garb at all times. That doesn't really bother Dreamer, though he suspects the combat outfit has something to do with the lack of customer traffic at the shop. Junior Lewis is admired by Dreamer for many reasons, not the least of which is his ability to drive like he was born with a wheel in his hand. And, on the Eastside of Austin, one finds Mama Lucy holding court with the lunchtime regulars as the seer/proprietress of the Vishnu and Jesus Barbecue. Dreamer frequently ponders the restaurant's splendid display of autographed celebrity photos, and though the Buddha and Moses autographs give him pause, anything is possible around Mama Lucy.

By the end of the day, however, the metaphysical trappings and subplots lead directly, as Barrett's novels are wont to do, to a shoot-'em-down and blow-'em-up showdown between the white hats and the black hats on the 109th floor of a Houston high-rise. The laughs run thicker than blood.

Interstate Dreams isn't interested in the tough questions. Dreamer chases his infatuations -- very serious infatuations -- and discovers that the grass isn't always greener on the other side. The bad guys do bad stuff and the good guys do good stuff. But Dreamer's spirited existentialism is bracing even as he gets banged from pillar to post trying to undo the chain lightning of personal disasters he has accidentally unleashed. In a world where nothing seems to stay on the straight and narrow for long, Dreamer and company accept their roles as righters of wrongs -- Don Quixotes of Texas. Every day is a new adventure -- "fate plays poker around the clock" as he says -- and everything that was broken yesterday is something he's got to fix today.

Neal Barrett is a unique beast among writers in so many ways. He reads like a dream and studs his prose with little gems of phrase-making. The mob becomes "a business where retirement [means] free fall without a gold watch." He's like French vanilla ice cream spiked with habanero peppers -- cool, cool, cool, hot! And when his dialogue is cooking, you can almost see Dreamer's lips moving.

But -- and this is where readers learn to love him or leave him -- it's not always certain whether he's in control of his story. For that matter, it's not even certain whether he attempts to control it. A typical fine-tuned mystery/ thriller might expend great energy building puzzles and dropping clues to set up a surprise ending. The reader gets the big bang and a sense of revelation and discovery. Interstate Dreams takes an existential approach (there's that word again); everything can be accepted at face value. Metal plate in your head makes the padlocks open up in your hand? So be it. Mama Lucy dreams about a girl in trouble? Let's go find her. This book is not about explanations or destinations or surprise endings. It's about getting knocked down as a way of life and standing back up with a smile on your face. It's about the organic process of adventure. Skiers don't rush to the bottom of the hill because it's prettier than the top, they do it to get their ears pinned back at high speed.

Interstate Dreams has an oddly disorienting effect, like the unsettling sensation of waking from an accidental nap in a half-dark room -- you're not quite sure if you're ending a long day or starting a new one. It is twilight fiction dwelling in the shadowy borderland between fantasy and reality. It veers from gut-busting wisecracks to gut-wrenching mayhem without warning -- a combination that has became Barrett's trademark. It's a calling card that has earned him critical praise; Interstate Dreams has already landed on Austin writer Jesse Sublett's 10 Best List for 1999.

Despite its flaws (the plot sags and the resolution is rote), Interstate Dreams succeeds on its own terms as a darkly comic, psychedelically infused mystery caper. It delivers a No.3 Mexican dinner of a novel -- got your psychic strangeness over here, your action/mystery over there, lots of wiseguys cutting up, and, for dessert, he kisses the girl.