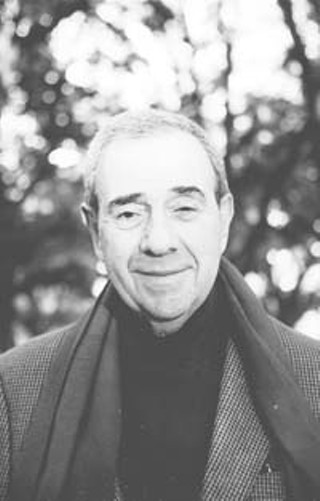 Daniel Stern doesn't regret going not going to his high school graduation. "A friend of mine asked me if I wanted to make $75 a week, going on tour. Seventy-five dollars a week was good money back then," he explains. So Stern went on tour with Charlie Parker, playing cello in the string section at the Apollo and at Birdland. Since then, Stern has always been gifted with the good fortune to be in the right place at the right time. This was especially true in the legendary post-war New York scene, out of which Stern carved his novel, After the War, which has been reissued in the Rice Modern Masters series. Stern hung out at the Cedar Tavern with the likes of John Cage, Willem de Kooning, Robert Rauschenberg, and Jasper Johns. He played the cello piece written by Cage's friend, Morton Feldman, for Hans Namuth's famous film of Pollock painting. "Everybody got a drawing of Pollock's for that one except me," Stern says, ruefully. "I was bumming around, and didn't have anyplace to put it." Over the years, Stern also turned down art from Rauschenberg, Johns, and Philip Guston. "Otherwise," he says now, "I'd be talking to you from my house in the South of France."

While Stern also played with Gerry Mulligan and the Indianapolis Symphony, he was really using his Bohemian period to write. He took a writing course at the New School and was challenged by his teacher, Hiram Haydn, to develop the girl character in one of his manuscripts. "I went home and wrote a page every 15 minutes," he says. The manuscript was accepted at a publishing house, beginning a literary career that spans nine novels and two short story collections. Like many literary craftsmen, he's had to supplement his writing career with day jobs. Stern has served as the vice president of Warner Brothers publicity department, in which capacity he worked with Luchino Visconti on Death in Venice and Stanley Kubrick on A Clockwork Orange, and worked for CBS. In the Eighties, he and his wife Gloria also held a famous literary/musical salon in their New York apartment, featuring chamber music and inviting over friends like Bernard Malamud and Joyce Carol Oates.

This period ended in 1986, when CBS downsized his department. For a while he was "in exile," bouncing around between a post as the director of humanities at the 92nd Street Y, which put on a series of talks by New York writers and writers visiting New York and working in academia. The University of Houston made him an offer while he was working at the theatre department at Harvard. He now holds the Cullen Endowed Chair in the English department, famously occupied at one time by Donald Barthelme. Kathleen Cambor, the chairman of the University of Houston creative writing program, comments that "it took years to find someone after Donald's death. Dan has the same kind of feeling for the short story. He really jumpstarted fiction in the department." She also points out that Stern has helped some of his writing students get published in a magazine he edits, Hampton Shorts.

His third short story collection, One Day's Perfect Weather, is just out from SMU Press. Like the stories in Twice Told Tales and Twice Upon a Time, Stern takes a cue from a musical form -- like variations on a theme, the stories take some piece of art, writing, or music as a governing allusion and weave a situation around it. One of his stories, "A Man of Sorrows and Acquainted With Grief," which will be in the upcoming collection, won the Texas Institute of Letters award for best short story in 1996. The story is about the mixture of friendliness and menace that enfolds an ex-pat New York Jew when he is mistakenly thought to have been "born again" in the small Texas community to which he has moved. How appropriate it must seem, to a man of Stern's wary sensibility, that this story enacts another, no less traumatic rebirth: the one which transforms Stern into, as he says, an "official Texas writer."

Daniel Stern will be a panelist on the "Size Matters: Why Write Short Stories" panel on Saturday, November 6 from 1:30-2:45pm in Capitol Extension Room E2.016.