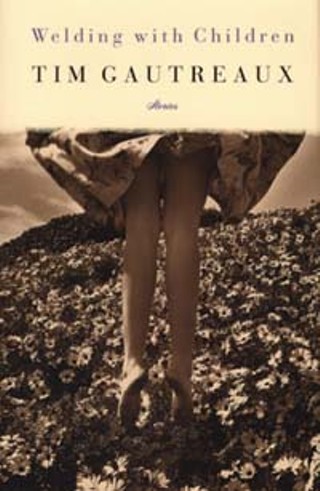 Tim Gautreaux's writing thrives on gaps. Whether separated by generations, cultures, or even death, his incongruous characters encounter one another with dark and tender curiousity. In the title story, a blue-collar repairman copes with a gaggle of fatherless grandchildren. When the grandfather tries to good-naturedly impart a Bible story, one child concludes that Abraham was "just like O.J. Simpson." And when he tries to defuse the engaged children's insistence on relating to the Bible in terms of popular culture, telling them "the Bible is not a movie," a young voice differs, "I think I seen it down at Blockbuster." Gautreaux capitalizes on these gaps -- distinctions fraught with poetic possibility -- to compel the irresistably touching plots. In "Good for the Soul," a luckless small-town priest, taken for granted and maligned as "an old spayed tomcat who kept the cellar free of rats," takes a chance and inadvertently reaches a single errant parishoner, and the story's redemption becomes his as well.

There are worse things than to be labeled a Southern writer. The trick is to enact a convincing placement of extremities -- light with dark, sympathy with ignorance, insight with sublimation -- along with the countless other beguiling juxtapositions that become the improbable Southern weave: seductive, unflinching, blackly funny, and equally beautiful. Fortunately for everyone, Gautreaux gracefully does honor to the genre with nearly every story here.

"Easy Pickings" tells of a harebrained outlaw's attempt to rob an elderly Cajun woman. It lopes along with humor, accuracy, and understatement as dead-on as Mark Twain on a good day. The woman prattles on to her aggressor, who, though armed, is helpless against her inappropriate forwardness. "You want to hurt a old lady what had seven children, one come out arm-first? Look, I had eight major surgeries and a appendix that blowed up inside me when I was first marry, made me so sick, I was throwing up pieces of gut and the priest gave me Extreme Unction nine times."

A few stories overtly examine the role of art. In this vein Gautreaux occasionally gives in to the lyrically paralyzing, self-conscious style of the "writer's writer." As features in literary magazines, such stories can shine; in a collection of otherwise earthy and humanistic writings, they tend to detract. Uniquely in "The Piano Tuner," Gautreaux seamlessly combines high artistic self-consciousness with stunning storytelling.

The tenacity and tenuousness of human interaction are on display in this worthwhile book. The best stories here, which means most of them, will warm you with a rare sense of deep and lasting connection.