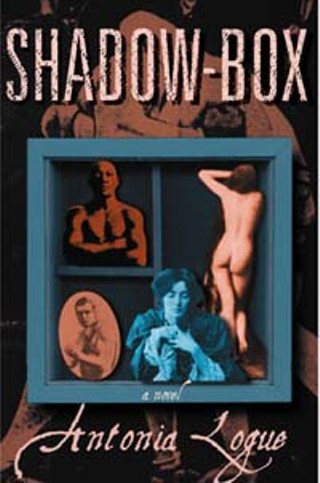 Shadow-Box is the ambitious but pretentious first novel by Antonia Logue, an Irish journalist who, at 23 years old, received a substantial advance after submitting a chapter and story outline. Logue forms her novel in the mawkish guise of letters written between two aged historical iconoclasts, Jack Johnson and Mina Loy, who find each other after their lives briefly intersected some 30 years prior. "Write to me -- tell me all about your life Mina, everything," Jack earnestly implores. "It's like we've got a second chance now, time to fill in the gaps, reacquaint each other with the lives we've lived." And unfortunately, they do so in that same ghostwritten-like sentiment that makes for tedious reading despite their exceptionally intriguing biographies.

In 1908, Jack Johnson became boxing's first black world heavyweight champion. The relentless and savage racism that most black athletes experienced was heightened by his lavish and sordid tastes, which included vampy white women, fast cars, and flashy attire. He owned jazz clubs and brothels: a fast and violent life of Hollywood proportions. After being convicted of violating the white slavery act, a law that made it illegal to transport a female across state lines for immoral purposes, Johnson spent seven tiresome years as a fugitive in Europe and Mexico, earning money in staged boxing matches and vaudeville theatrics. Mina Loy was the international darling of the early modernist movements. Beautiful and uninhibited, she shed her repressive Victorian upbringing and her motherly duties to cavort in the fiery shadow of Filippo Marinetti's fascist movement. Her promiscuity and luridly vivid poetry opened doors to the intimate circles of such notables as Gertrude Stein, William Carlos Williams, Marcel Duchamp, and Ezra Pound. She was pregnant and married just briefly to her true love, Arthur Cravan, when he purportedly drowned while sailing off the coast in Mexico. A Swiss poet, art critic, and boxer, Cravan had previously befriended the exiled Johnson.

Shadow-Box has all the ingredients of a good Hollywood blockbuster. Yet despite Logue's flair for journalistic style reporting that works well in Jack's focused and emotive descriptions of his boxing career, the voices of Jack and Mina fail to resonate any meaningful perspective to their otherwise colorful lives.