This odd little collection of stories would be just perfect for Norman Bates' bookshelf. They're about bad things happening to bad people that no one loves. The Aleut girl who guts salmon in an Alaska processing plant, the poet who works as a stripper, and the overweight man haunting his subdivision with a remote control, changing the channels on his neighbors' television sets, all nurse dreams of freedom from what surrounds them. Many of the stories in How Animals Mate tend toward the gruesome, as if Mueller's characters were at war with the flesh immobilizing them. War, after all, forces one to do strange, often horrible things. Yet Mueller's prose style is polished. It treats strip joints, suburban weddings, disembowelments, and murder with the same cool distance. It lingers over unexpected, usually disturbing, details, many of them having to do with viscera. Even the squeamish will admire the audacious skill behind these stories; fans of Charles Bukowski and others blessed with stomachs of iron should adore it. --Barbara Strickland

Humor for people who really love C-Span, Little Green Men offers as its focal point a character based on Sunday morning pundit George Will. Ouch. Also targeted in this roman à clef is presidential intern career-placement expert Vernon Jordan. Hmm, and who could the author be lampooning in the character of Senator Raysor Mentallius, the 92-year-old chairman of the "Senate Hindsight Committee"? Could it be Strom Thurmond? How droll -- a pre-apocalyptic political satire about aliens in D.C. Hear hear, Mr. Buckley, do give us more on Monicagate, you witty, witty man! Fortunate son Buckley has built a career around writing back-page humor pieces (Wry Martinis is a collected example) in publications such as The New Yorker. But his writings are more often designed to display his erudition (to wax Buckley-esque) than to just be funny. If George Will being parodied is your idea of a real knee-slapper, get this book. For infinitely better comedic results, save your little green money and go throw water balloons. --Stuart Wade 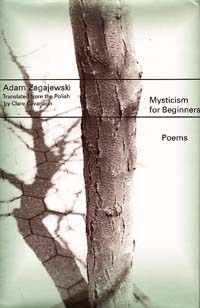 Like the hero in Kung Fu, the Polish poet Adam Zagajewski walks the earth. Lucky for us, he travels just as simply. With easily accessible and refreshingly sincere poetry ("Oh, tell me how to cure myself of irony, the gaze/that sees but doesn't penetrate; tell me how to cure myself/of silence"), Zagajewski has compiled Mysticism for Beginners: Poems, a journey along distant trains, through loss, love, and self-reflection. His fifth book, which was translated from the Polish by Clare Cavanagh, manages to be insightful without being sappy and enlightening without being preachy. In fact, the mysticism that seeps through his words as he considers how "poetry summons us to life, to courage/ in the face of the growing shadow" is as simple and still as a drop of morning dew on the petal of a rose. For beginners? Possibly. By a beginner? Certainly not. --Sam Martin

How I Got to Be This Hip

Barry Farrell was a blessed man, a writer of elegant journalism possessed with an unwavering drive for the core of every story. Writing in Life, Time, and Harper's until his death in 1984, Farrell immediately establishes the players, the motives, and what really happened in his eloquent stories. His 27 subjects cover the nation's memories from the early Sixties to the early Eighties and run the gamut: shoplifting, children's poetry, Patty Hearst, politics, Allen Ginsberg, Frank Sinatra, and much more. He makes his own case against F. Lee Bailey and wins. The timid are hereby warned about the grisly California murder stories. --Tyler D. Johnson 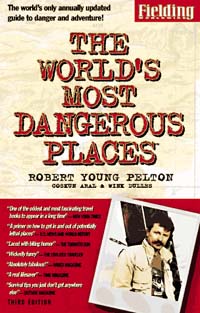 Local bestsellers are based on recent sales at Austin bookstores selected to reflect varied reading interests. This week's list of bestsellers is from FringeWare, 2716 Guadalupe.

1. Fielding's Guide to the World's Most Dangerous Places by Robert Young Pelton

3. Ivan Petrov: Russia Through a Shot Glass by C.S. Walton

5. The Society of the Spectacle by Guy Debord

6. Everything Is Under Control: Conspiracies, Cults, and Cover-Ups by Robert Anton Wilson

8. Trip to Normal by Diane Fleming

9. Snowblind: A Brief Career in the Cocaine Trade by Robert Sabbag