The Things We Do to Make It Home

How often do we hear the accounts of wives, sisters, and daughters of Vietnam veterans? In The Things We Do To Make It Home: A Novel, Beverly Gologorsky explores the endurance of a handful of women who attempt to reconstruct relationships with men who lived lifetimes in a year or two during the war. As many of the male characters begin roaming and searching for answers, the women focus their efforts on building strong homes, both physically and spiritually. And they find themselves in the process. Unfortunately, the idea behind this book is more appealing than the piece of work itself. It is stylistically dull and reads like a Lawrence Welk waltz. Readers may also be disappointed by the fact that the characters never develop into anything more than skeletons; one has to take on the role of a scavenger just to find a scrap of meat. However, Gologorksy deserves a nod for aiming to put women's reactions to post-war reality in the forefront. -- Laura Klopfenstein

"With an office boy and a part-time bookkeeper who spent afternoons at a funeral parlor, Marcus Goldman founded one of the greatest banking enterprises of the twentieth century." Make that one of the greatest and most mysterious banking enterprises of the 20th century, according to Lisa Endlich, a former Goldman Sachs VP. Her Goldman Sachs: A Culture of Success is a fine description of one of the largest and oldest privately owned investment banking firms in the world and the most elite and elitist one -- Goldman Sachs chose from the cream of the crop and employed four of the top 15 richest investment bankers in the U.S. None of its earnings or the earnings of its partners were ever revealed toForbes or Fortune. In August 1998, its partners voted to dissolve the partnership and offer the company to the investing public. Endlich's book follows Goldman Sachs from its modest beginnings in 1869, through stock market crashes and internal scandals, to the final annual partnership meeting, where the last great partnership giant finally fell. Goldman Sachs is well-written, well-informed, and interesting, even for those of a nonbusiness persuasion (like myself). -- Manuel Gonzales 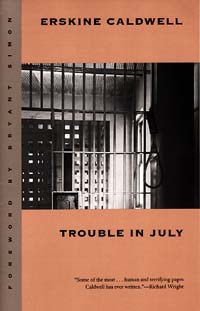 Erskine Caldwell's 1940 novel Trouble in July is the perfect candidate for reissue but not for the most obvious reason, which is that it delves headfirst into violence instigated by racial hatred, an issue of particular timeliness here in Texas, or at least in East Texas. Trouble in July is perfectly suited as a reissue because it stands as an unflinching document of fictional Julie County in Georgia, the setting for this account of the lynching of a black man charged by a mob with raping a white woman. Characters like Jeff McCurtain, the apathetic sheriff of Julie County, utter such sentiments as, "Sometimes I wish I was just a frazzle-assed beggar with nothing in the world to worry about except a bite to eat now and then." Somehow it just seems fitting and accurate for a sheriff of rural, segregated Georgia to be saying something like that. Perhaps because it's so rooted in realism, Trouble in July reads a bit dry, and I don't think characters have spoken in such lengthy paragraphs since The Scarlet Letter, but it isn't as overblown as either Tobacco Road or God's Little Acre, and its joys are many. Chief among them is watching Caldwell send up, almost charitably, his native South while ripping its vicious underbelly to shreds. 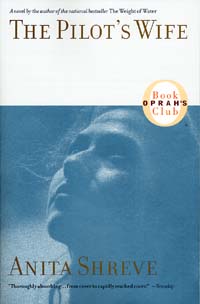 Local bestsellers are based on recent sales at Austin bookstores selected to reflect varied reading interests. This week's list of bestsellers is from Book People, 603 N. Lamar.

1. The Pilot's Wife: A Novel by Anita Shreve

2. The Teachings of Don B. by Donald Barthelme

3. Memoirs of a Geisha: A Novel by Arthur Golden

4. The Reader by Bernard Schlink

5. A Widow for One Year by John Irving

6. All Too Human: A Political Education by George Stephanopoulos

7. Divine Secrets of the Ya-Ya Sisterhood by Rebecca Wells

9. One Day My Soul Just Opened Up: 40 Days and 40 Nights Toward Spiritual Strength and Personal Growth by Iyanla Vanzant

10. Business @ the Speed of Thought: Using a Digital Nervous System by Bill Gates