The Little Books of Christmas 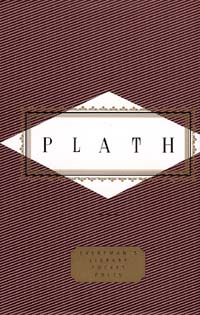 The barrage of coffee table books aside, Christmas (and Valentine's Day) is the time for cute little books -- the smaller the better.

These books have a specific purpose. They are designed to make list-weary and mall-frazzledshoppers snatch up the titles and say, "Ah-ha! A good book will work." Most of the time they are right -- these can be great little stocking stuffers. Some of them, anyway.

There are always the tried-and-true literary gifts, such as the Everyman's Library series' latest offerings Poems by Sylvia Plath (Knopf, $12.50 hard) and Poems of Mourning (Knopf, $12.50 hard) -- if Plath's exquisite angst is too much, the elegiac tone of Poems of Mourning, which runs the gamut from Ben Jonson to Rainer Maria Rilke may be too. There are also the inspirational little books, some with smarmy, self-explanatory titles like Grow Something Besides Old: Seeds for a Joyful Life by Laurie Beth Jones (Simon & Schuster, $15 hard) and another that veers dangerously close to smarmy, If...: Questions for the Soul by Evelyn MacFarlane and James Saywell (Villard, $9.95 hard). If you were to surmise the secret of a tranquil soul, what would it be? You get the picture.

Don't forget about the silly. Deck the Halls with Buddy Holly by Gavin Edwards (HarperPerennial, $9.95 paper) stretches the funny-the-first-time concept of mis-heard lyrics from the author of Scuse Me While I Kiss This Guy so far it seemed contrived. And while "contrived" is a good word for The Book of Eleven by Amy Krouse Rosenthal (Andrews McMeel, $10.95 hard), it's much too kind for the drivel within. Ms. Rosenthal fancies herself clever with her lists of "elevens" but she is merely tiresome. 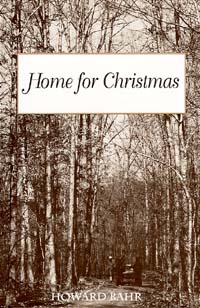 Stories about small Christmas presents that get lost in the shuffle only to be discovered much later, fraught with significance, are mostly apocryphal. It's therefore appropriate to confess that I campaigned to write this piece because of a small, 56-page book from a tiny press that got lost -- literally -- in last year's shuffle. Home for Christmas by Howard Bahr (Nautical & Aviation Publishing, $16.95 hard) is a jewel of a Christmas story, one with so much heart and spirit it held up when I found it under the couch in July, stopped my cleaning, and read it.

It's the first Christmas after the Civil War, and two orphans, Mary and Matthew, are being taken to Mississippi by their freed slave named Isaiah. Delivered into the hands of their Uncle John prevents their being sent to an orphanage but hardheaded young Matthew decides he wants to go back to Memphis. Of course, Matthew eventually finds that home is with the company of those he loves, but that epiphany comes quietly. Bahr's writing style is unsentimental and appealingly flat but he fuses the layers of thin, lovingly developed details together so deftly they form an indestructible framework for the four characters.

When I was done with Home for Christmas, I closed its slim cover and let it rest weightlessly in my hand, the tenderness of its story as wistful as the sight of a lone candle in a window. Merry Christmas.