This book deserves much more than the few lines it will get here, but suffice it to say that Kerrville Folk Festival founder/producer Rod Kennedy's very personal reminiscences are what give this book its character. The pages are filled with his behind-the-scenes goings-on covering 50 years in the music business that are less sentimental than pragmatic. Don't feel sheepish for buying it just for the posters and photos inside, either -- it's a guilty pleasure anyone who loves folk music should indulge in. Besides, Kennedy's sidetrack into his love of racing is a welcome respite. 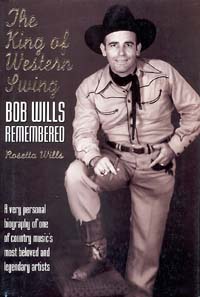 This loving but not overly sentimental look at Western Swing bandleader Bob Wills is long on photographs and short on words, but its loving attention to detail and honor roll of names does great honor to the musical genre. Wills' daughter Rosetta doesn't offer much in the way of insight, but then Wills was but a shadow in her young life, following the musician's path into legend. A warm edition to anyone's country music book library.

Cher lovers will go gaga for this self-indulgent ramble into the world's oldest living female teenager (let Pat Boone and Dick Clark duke it out for the male title). The surprises are few and the confessions tepid, but the photos are abundant (not a single one of Gregg Allman, though). I remain as unconvinced of her acting abilities as I am her singing abilities, but that might just be the point: Cher is a mediocre talent whose lowest common denominator appeal is inexplicable. Now, what does that say about us?

This paperback reissue of soul shouter Etta James' biography is remarkably free of artifice and apologetic prose. By turns horrifying and humorous, candid and revelatory, James and co-author David Ritz trace her Chess past and checkered descent into music, drugs, prison, racism, and love gone bad without a trace of pathos, and end it without any of the smug, self-congratulatory treacle that lesser talents such as Cher wallow in. 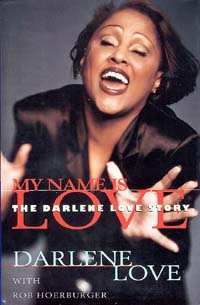 Although it's not as scary as Etta James' story, Darlene Love is every bit as worthy of the attention and praise for having been possibly the most under-acknowledged singer ever recorded. You know her work and don't realize it -- she sang back-up on "He's a Rebel" and "Da Doo Ron Ron," "Soul and Inspiration," as well as for Marvin Gaye, Ike & Tina Turner, Duane Eddy, Sam Cooke, Elvis Presley, Dusty Springfield, and even Doris Day. Love got screwed out of credits and royalties by Phil Spector after leaving one of the most delightful bodies of work of the Sixties behind her, lost all her money in the Seventies, was rising from obscurity in the Eighties, and slowly returned to the comeback trail. It's very much a typical tale of triumph over adversity in the music biz, but Love does it with such joie de vivre that it's a pleasure to read.

Who Killed Kurt Cobain? The Mysterious Death of an Icon
by Ian Halperin and Max Wallace
Birch Lane Press, $21.95 hard

Conspiracy theories about Nirvana mastermind Kurt Cobain's death are nearly as plentiful as JFK assassination theories, but not nearly as believable. Plus, there are better bios on his life than this mewling, 200-page excuse to toss out lame accusations and irrelevant questions. Just say "nevermind."

Not just another reissue but one of the best rock & roll biographies ever written, this update of Hickory Wind comes just in time for the 25th anniversary of Gram Parsons' overdose. That's hardly reason to celebrate, but it is a reason to recall Parsons' love of country music and how he was one of the masterminds of the country rock sound that emerged in the early Seventies. No less a reason for reading Hickory Wind is Ben Fong-Torres' impeccable writing, which neatly incorporates his years as a Rolling Stone writer with the love of his subject, making for a powerful book indeed. 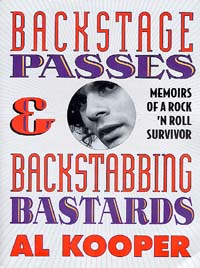 For someone whose rock credentials are genuinely impeccable, Al Kooper comes off so shallow and self-absorbed that his laudable efforts seem to pale. Although he can certainly claim his place for having given "Like a Rolling Stone" its musical signature by playing the Hammond B3 on it and was a part of Blood, Sweat & Tears when they mattered, Kooper's contributions to rock in the last two decades have been negligible. That the only quote on the book cover is from humorist Dave Barry might be a clue. Couldn't anyone in the music business be reached for comment?

The subtitle says it all, so don't expect much more in this well-meaning tome. Singers such as Shirley Caesar, Edwin Hawkins, Vickie Winans, and Kirk Franklin all weigh in on the road to redemption. Unfortunately, the endings are so predictable you secretly hope for a little more dirt on these folks' pre-Jesus days, but instead get glossed-over reminiscences that all end up "touched by God." You didn't really expect any less, did you?

If you paid the list price or even a single penny for this odious work, you have too much disposable income. If you didn't spend the money on it, don't bother. Inept, rambling, and pointless.

By concentrating on using the songs to tell the stories of XTC's 20-plus years as a band, Neville Farmer has created a surprisingly insightful biography of Britain's less-than-famous band. That XTC has been critically respected but not commercially successful has always worked for them -- look what happened to Soul Asylum when they emerged from cult status with radio hits. This is a better, meatier book than might be expected, not because it's particularly revealing about rock & roll but because the single-minded dedication of XTC to their music is most noble. 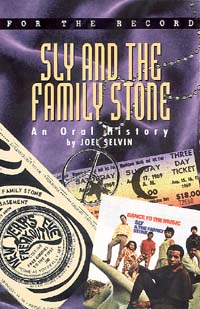 For the Record: The Women of Motown
by Susan Whitall, edited by Dave Marsh
Avon, $12 paper

For the Record: Sly & the Family Stone
by Joel Selvin, edited by Dave Marsh
Avon, $12 paper

Don't let the slender scale of the books fool you, the For the Record series is meaty and addicting. Notoriously cranky rock scribe Dave Marsh edits this series that combines oral history with commentary and produces some of the worthier, even gritty efforts. What distinguishes this series is the way the artists' recollections drive the stories, not vice versa. Whitall's The Women of Motown in particular uses this with great effectiveness, letting the individual voices of not only singers like Mary Welles and Martha Reeves but out-of-the spotlight vocalists such as Claudette Robinson, Brenda Holloway, and Mable John paint the colors of the music, which was hardly black and white. Just ask Sly Stone, who doesn't actually speak for the record in his book but who created one of rock's most memorable moments on film. It's a pleasure to read something new about something old and still consider it a keeper.

The Beatles: A Diary
by Barry Miles
Omnibus Press, $39.95 paper

If there comes a time to ask, "Is this really necessary?" when perusing titles, this is a good place to start. Fans, step forward with your bucks; non-fans, save your money. This is indeed a comprehensive, oversized volume that begins by noting the birth of the oldest member of the Beatles, Yoko Ono in 1934 in Japan, and ends with the premiere of Let It Be May 20, 1970 in London. In between, every gig, recording session, shopping trip, fart, and belch is studiously documented. It doesn't really serve a readable history but Beatles buffs will enjoy checking up on dates. Big points for the fine photographs that emphasize just how quickly the Fab Four went from lovable moptops to counterculture anti-heroes. 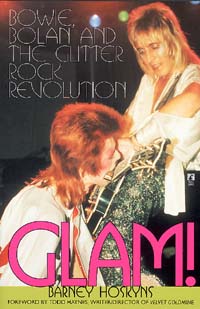 Despite the initial buzz on Velvet Goldmine, the cinematic paen to glam rock isn't faring well. The subject, however, has yet to be plumbed well in a book, but in under 125 pages, Glam! sums it up quite well. And with lots of photos, too. A quick if somewhat shallow read on pre-punk rock.

High on Rebellion: Inside the Underground at Max's Kansas City
by Yvonne Sewall-Ruskin
Avalon Books, $24.95 paper

For my money, Max's Kansas City was a much cooler place than CBGB. I was in New York City at both of them at their punk zenith in the late Seventies, and while CBGB was the ultimate, Max's was the penultimate. With a foreward by Lou Reed that evokes the dark interior of the nightspot/restaurant, High on Rebellion is a glorious oral history/photo-induced trip to the days when the Velvet Underground, poets, musicians, and Warhol superstars were regulars and all any of them wanted to do was get higher. Of all the music books I pored over this year, this is the one I came back to the most, a testament to the lingering magic of not justthescene but the scenesters.