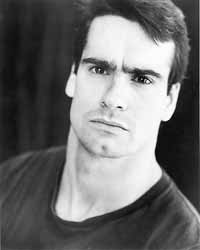 "Spoken word" is the taglineused to get rock music fans to listen to literature. It sounds a little less streamlined and hip to call what Henry Rollins does storytelling, but that's exactly what he does. Go ahead and embellish it with adjectives, like "urban" or "punk," but essentially, it's one man with one microphone trying to entertain over 500 fans at a rock club with three hours of stories.

It works because Rollins has all those essentials for comic delivery -- timing, wit, the ability to create characters with voices and facial gestures -- but it's a comedy allowed to slip into the current of his anecdotal stories. A three-hour stand-up routine would wring out any performer and audience. Rollins doesn't do stand-up, but his material is plenty funny. On Friday, Rollins started with an account of his plane ride earlier in the day, crafting a hilarious description of the guy sitting next to him: a power-suit-and-tie-wearing businessman who made a practice of handing people one-dollar bills (from notebooks of shellacked and glued-together one-dollar bills the guy had made himself) to people who were nice to him on planes or smiled at him in New York. Perhaps this guy doesn't exist, or is a guy that now just happens to (wink) follow Rollins from tour stop to tour stop. But Rollins captured this guy's speech, and essence, and sense of self-importance so well that you had to want to believe this guy exists.

And this character was merely the first. In a series of anecdotes loosely unified around traveling and on-the-road encounters, Rollins presented the audience with a whole menagerie of remarkable players. The most memorable was either Sue, the Australian stalker who sent Rollins boxes of her garbage through the mail before meeting him at a San Francisco book signing where she hurled cans of corn at him, or the snake charmer in a Bangkok snake farm straight out of a David Lynch movie, who would hold cobras in front of tourists and say things like "Don't worry, tail does not bite" in a chilling voice.

Rollins brought out undeniably real-life characters as well. In the most animated section of the show, Rollins chronicled his failed attempts to outdo Iggy Pop in a series of overseas festivals in the 1990s where the Rollins Band always seemed to be opening up for the Igster. The stories not only showed a wonderment and respect for one of the great unwashed heroes of punk rock, but revealed Rollins as a storyteller unafraid to be self-effacing or even self-mocking when the situation called for it.

Another story, closer to the end of the set, where Rollins describes how he got himself a job interviewing Black Sabbath for a live video of the band's recent reunion shows in Birmingham, England, presented the dark lords of metal and Rollins as genuine, loveable sweethearts. When Rollins stumbles into a chance to sing with the band during a soundcheck, it is with a remarkable lack of irony, a sweet and touching moment of personal triumph.

Rollins isn't all candies and flowers -- one of the better lines of the night was his observation that "humor without malice is like a Pat Boone album." But for those of you who think a trip to see Rollins is like a trip to a very angry dentist, think again. He not only sustained three hours of straight monologue, but did it without one uncomfortable stutter. He's had 15 years to hone his craft, and he's better at it than ever. Some of you may call it spoken word. But I just call it good old yarn-spinning, and a lot of fun to boot.