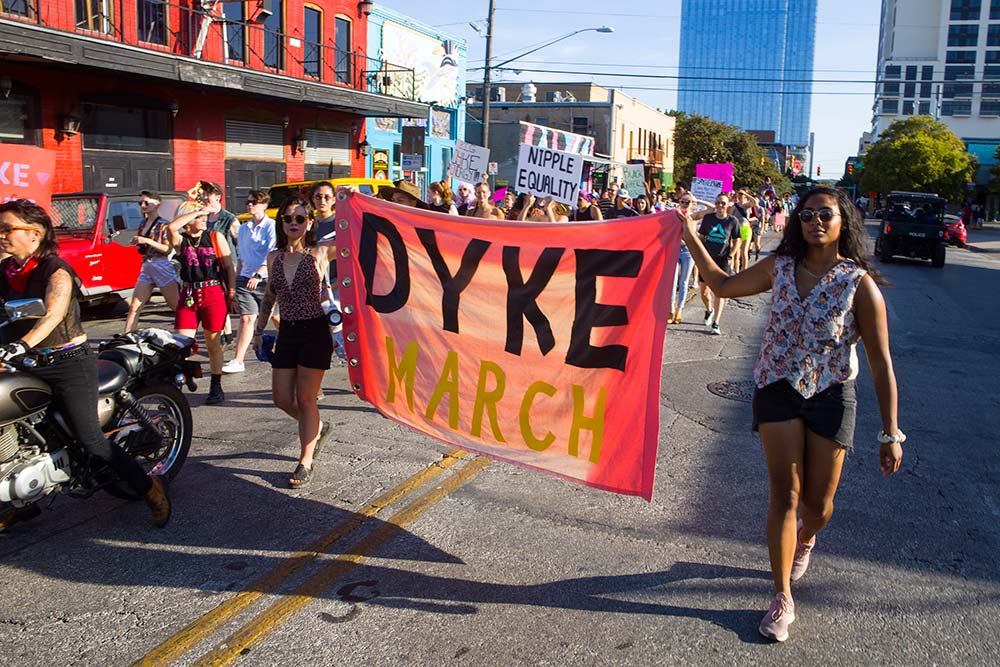 Some would say you can’t have Pride without a Dyke March. It’s the political, take-back-the-streets, in-your-face-and-fiery sister to the Pride Parade. One, in at least its modern-day iteration, is about celebrating how far we’ve come; the other about fighting for more and greater queer rights. A Dyke March is also about creating space for the other, often less visible letters of the LGBTQIAlphabet and lauding those faces and spaces, too. All this is to say: The return of Austin’s Dyke March this August was a joyous reclamation of queer space and a heartfelt gathering to remember our history while also charting a path to an inclusive and radical future.