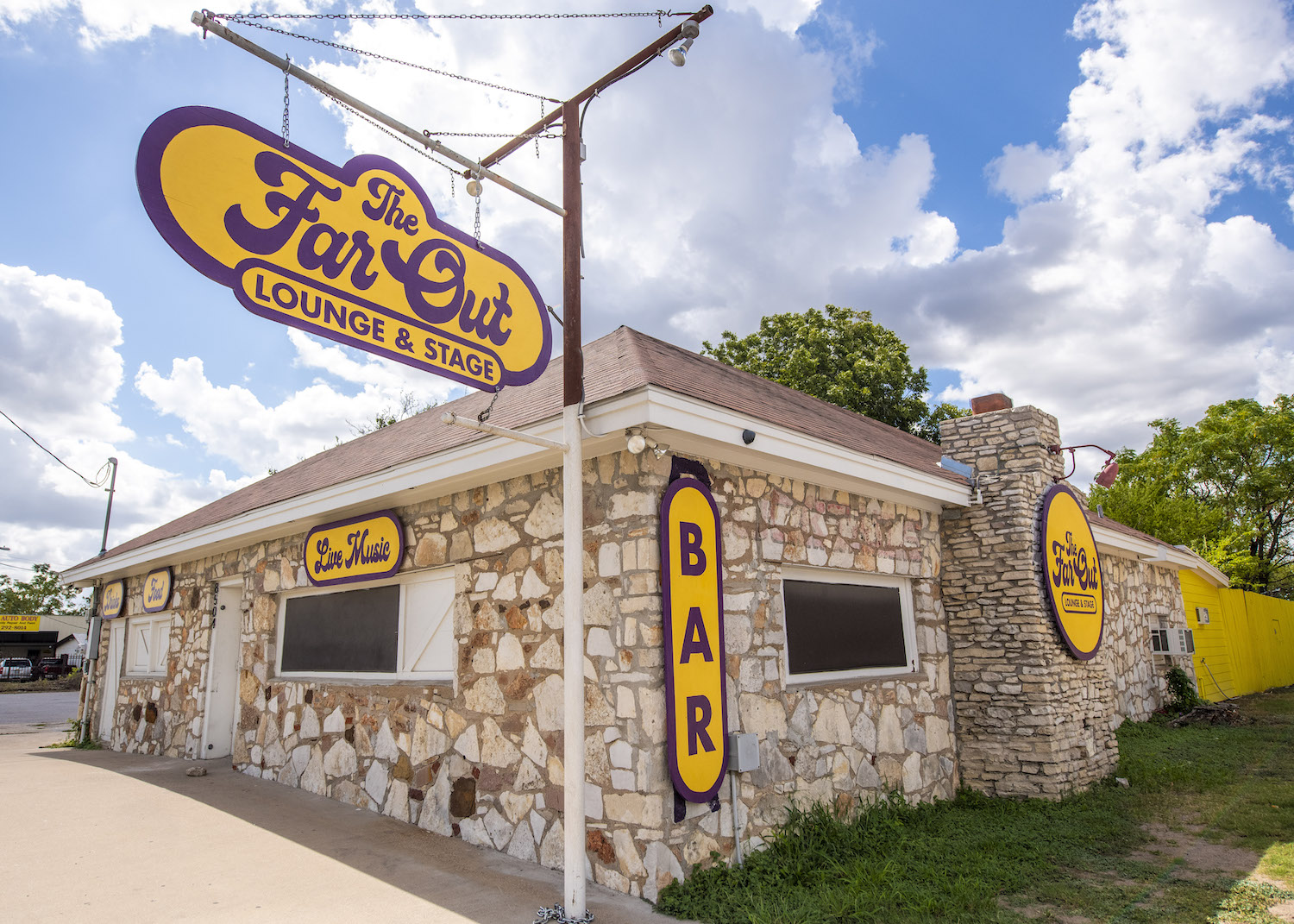 In February, the team behind campus eatery Hopfields debuted cocktail bar Nicolaza’s at 8504 S. Congress. With help from veteran booker Lawrence Boone, they’ve since rebranded as the Far Out, a dive bar with on-point local music four nights a week. The redo evolved the 100-year-old structure’s former lives as the Red Shed Tavern, Beverly’s, and historic watering hole the Last Chance. Willie Nelson and Merle Haggard filmed the “Pancho & Lefty” video on-site, and according to legend, the Newton Boys stopped by after robbing banks decades prior. Soak up South Austin’s history on the patio alongside tunes beyond the Downtown bustle.