Whether from the retro beer signs, wood paneling behind the bar, or low-key Seventies vibe, Frazier’s feels like the kind of place your mother used to send you to pick up your dad. Michael Frazier took inspiration for the name from his two hound dogs (“long life, low stress”) and, along with partner Nathan Hill (White Horse), created a neighborhood hang that inspires that laid-back mantra. Pool tables, shuffleboard, and the eclectically stellar jukebox all add to the flavor of their signature chopped cheeseburger.

Let’s face it: Meeting people is hard. Especially in a big city like Austin, and especially for those of us in that cross-section demographic where “adult nerd” meets “women-identified.” Thankfully, Tribe Comics & Games has the hook-up you need with “by women, for women,” ladies-only Dungeons & Dragons nights every Wednesday at 7pm. Open to all skill levels, the evening not only features a beginners’ table, where an experienced Dungeon Mistress will teach you how to play, but also has pre-generated playable characters available for you to choose from. You’ll be spell-slinging and orc-slaying with your new squad in no time. 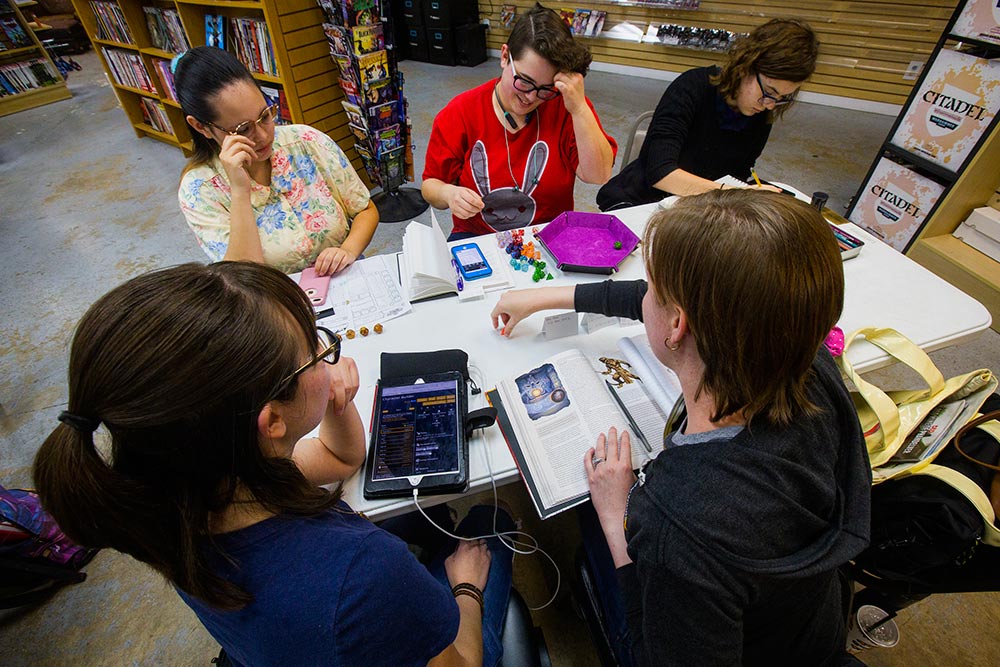 In a world of streaming singles, the Long Play Lounge drops the needle on deeper grooves. The latest joint from Mike Therieau and Will Tanner (Hole in the Wall, Stay Gold), with input from punk icon John Doe (X), caters to vinylphiles, but without any pretension. The extensive record collection on call for the house turntable, excellent sound system, and intimate, chill atmosphere have made the bar a favorite for local artists debuting their latest platters.

Best New Reason to Exit Slaughter Lane
The Far Out

In February, the team behind campus eatery Hopfields debuted cocktail bar Nicolaza’s at 8504 S. Congress. With help from veteran booker Lawrence Boone, they’ve since rebranded as the Far Out, a dive bar with on-point local music four nights a week. The redo evolved the 100-year-old structure’s former lives as the Red Shed Tavern, Beverly’s, and historic watering hole the Last Chance. Willie Nelson and Merle Haggard filmed the “Pancho & Lefty” video on-site, and according to legend, the Newton Boys stopped by after robbing banks decades prior. Soak up South Austin’s history on the patio alongside tunes beyond the Downtown bustle. 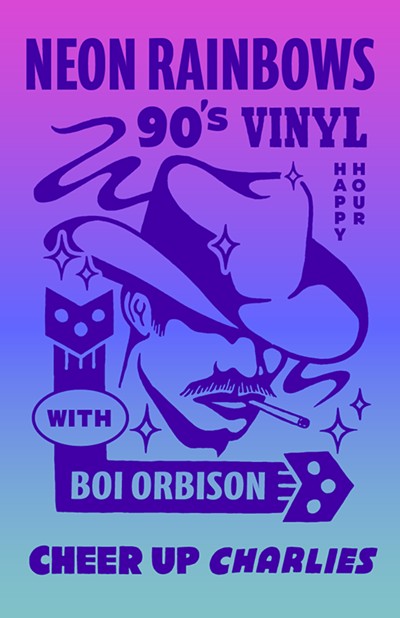 If you’re a country-loving queer who frequently (and not-so-secretly) wants to hang with your friends in welcoming places, you best take yourself to the Red River road and dance ’til you can’t no more at Neon Rainbows. DJ GirlFriend’s semiregular hoedown at Cheer Up Charlies has two-stepped into many a queer’s heart with both DJ sets and live bands playing the very best of Nineties country classics. Blame it all on its inclusive roots, but at Neon Rainbows, you can show up in fabulous boots and (figuratively) ruin a heteronormative affair. Giddyup, cowbois!

What good is a swanky rooftop bar in Austin if it’s not hosting live music? Production company White Light Exposure teamed with Eberly this year to launch their intimate new music series on top of the South Lamar restaurant, with proceeds going to benefit the SIMS Foundation. So far, the sessions have wrangled special sets from local standouts like A Giant Dog, White Denim, and Tameca Jones, as well as Will Sheff from Okkervil River. In April, a group of leading creatives from Austin’s queer nightlife teamed up to provide an essential component: Consistency. Every single dang Tuesday, this multifaceted dance party takes over the storied counterculture locale of Red River’s Elysium. Cut Up! has free entry before 11pm, rounding up DJ sets, drag-adjacent performers, and local vendors. Their stated goal: “To open up the pit and platform freak flag artists in Austin, Texas.”

With its unassuming exterior, secreted away inside a former valet ticketing office, Garage remains one of the better-kept secrets of Austin’s bar scene. The transition from the bare cement of the parking lot to the carefully designed, art deco-adjacent space of the bar feels gleefully clandestine, like sneaking off to a rave in an abandoned amusement park or partying in a nightclub tucked beneath a bridge. Plus, the cocktails are outstanding, as Instagrammable as they are delicious. As Manchaca starts to widen and the green space between strip malls expands, the vibe trends distinctly more chill. At South Austin Beer Garden, that vibe turns positively beachy. Geographically landlocked but spiritually lake-adjacent, this welcoming new watering hole operates out of a converted old house still bearing its original shiplap. Whether you’re hunkered down at the bar, taking in the game and the decor’s license-plate kitsch with one of 60 beers on tap, or settling in outside on the 3,000-square-foot wooded deck, best dog at your feet and belly full from on-site food truck Cluck-n-Burger – the living is extremely easy in the 78748.