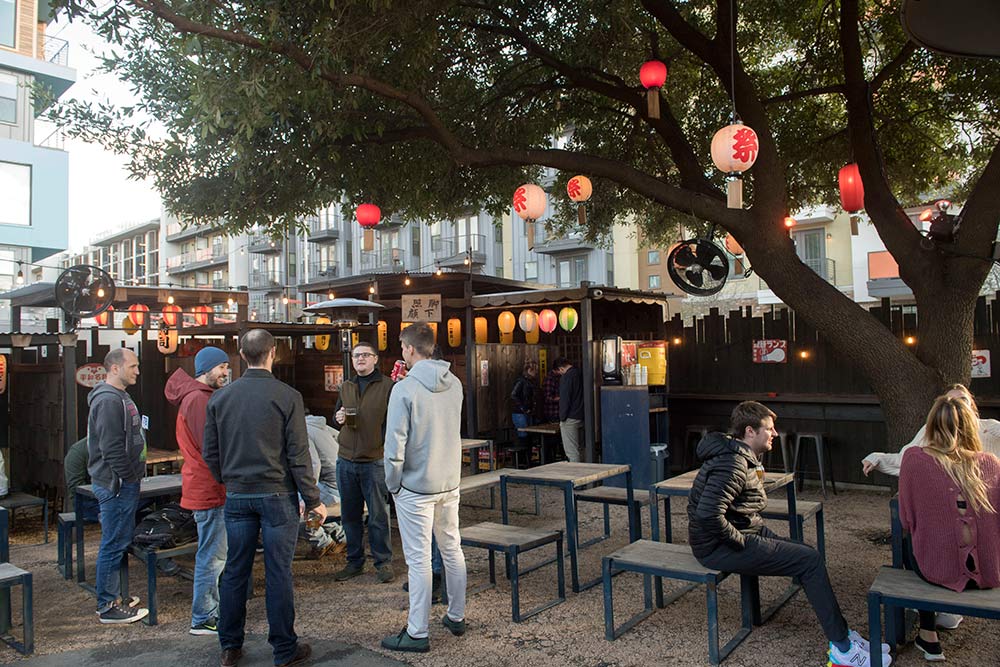 The Tatsu-ya brand is king around Austin, so it’s no surprise that their bar, Domo Alley-Gato, has some of the most authentic and unique Japanese curry this side of the Pacific. From traditional options like their katsu curry with a perfectly fried pork cutlet, to their fusion option called Texas Mud, which comes with a heaping portion of Texas sausage, it’s the quintessential bar eat to complement an ice-cold Kirin. Japanese curry isn’t as big of a fad in the States as ramen, but after a trip to Domo Alley-Gato, you’ll begin to wonder why.

With the 50th anniversary of the Stonewall Riots this June, it seemed like every business and their guncle jumped onto the rainbow (capitalism) bandwagon for Pride Month and just as soon sashayed away. But here in Austin, Circle Brewing Co. teamed up with Equality Texas for a pro-equality collab that was hard not to cheers to – or with, at least. For every pack of Circle’s rainbow-wrapped Pride edition of its Fanny Pack kölsch sold, Circle donated $1 to EQTX – which also celebrated its 30th anniversary this year – all summer long. Cheers, queers! 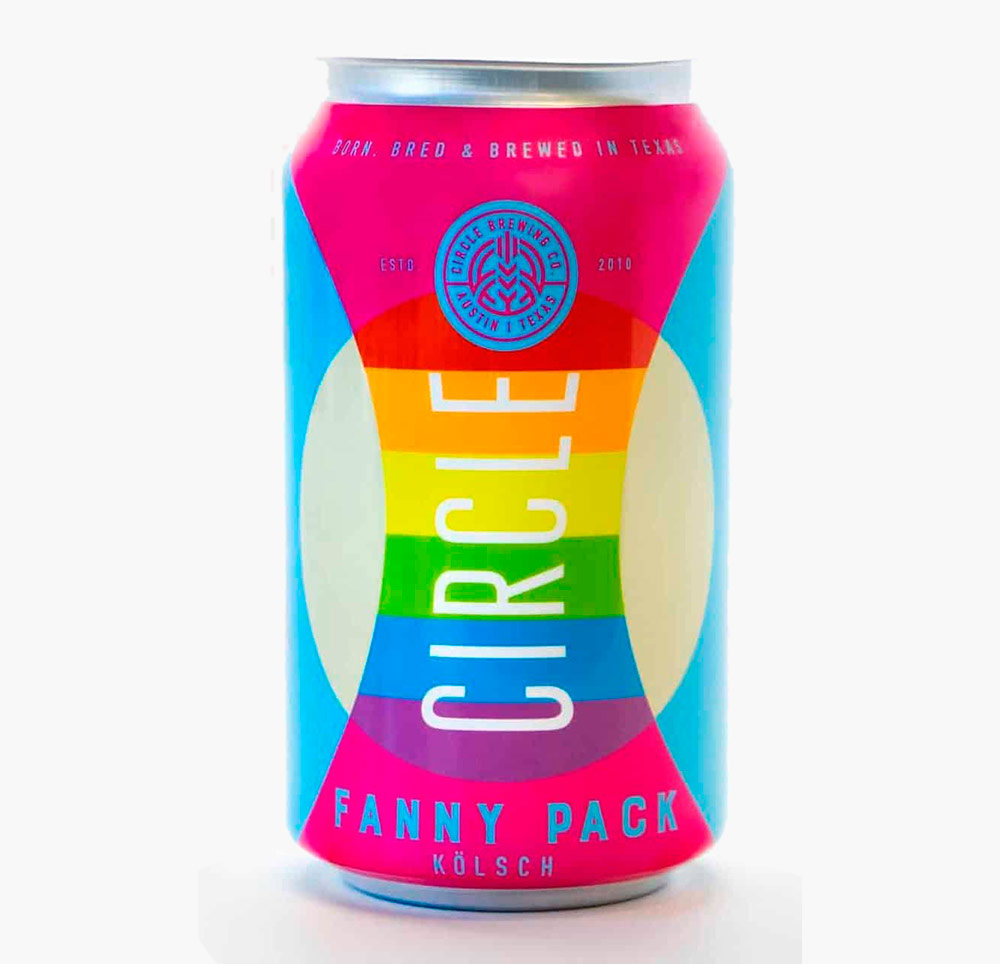 Best Bite Out of the East Coast
Nervous Charlie's

Bagels might not be the most contentious debate here in the capital city, but don’t tell that to an East Coast expat. Be it the minerals in the water, the method of cooking (briefly boiled then baked), or what items should top the most famous of breads in Jewish heritage, the cognoscenti know a fake when they bite into one. Long Island transplant Chris Cunningham and partner Ali White are quite serious about bringing authentic bagels to the Austin masses. Using dough from the Big Apple, the duo (and crew) serve up an array of breakfast (try the wonderful Alexa) and lunch sandwiches (go for the Empire). You’ll hear no Bronx cheers at this comfortable cafe.

Doughy, moist, and flavorful are not typically words used to describe gluten-free bread, but Tim Elias is raising the bar on gluten-free products to rival their glutinous counterparts. GFY Kitchen (aka Gluten Free Yourself Kitchen) has been producing exceptional baguettes, sliced sandwich bread, hamburger buns, and pizza crust, along with pretzels and bagels (the real deal because he’s a New Yorker). Elias is proving that “gluten-free” doesn’t equate to inferior, and that allergy-friendly foods can be enjoyed by all. Give it a try at their farmers' market locations or order online through Farmhouse Delivery. 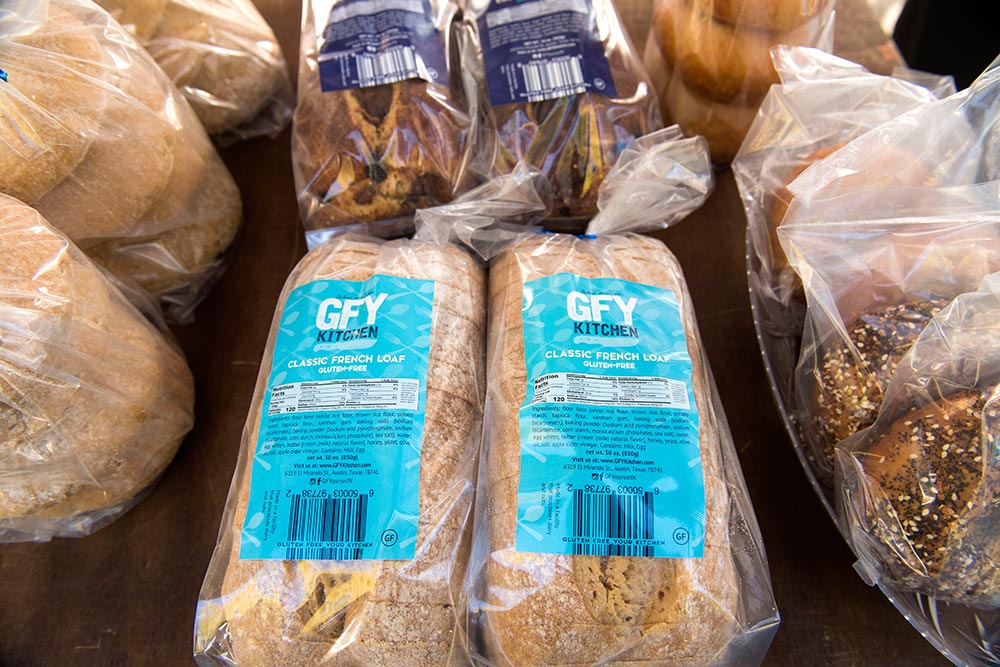 Arms open to the entire rainbow of Austin, Genuine Joe Coffeehouse has always maintained an atmosphere as delightful as the delicious coffee and treats they serve. Whether you're writing your masterpiece, reading a favorite novel, or holding a club meeting in Joe's cozy cellar space, this coffeehouse welcomes anyone and everyone and remains an institution because of their warm atmosphere. Leave hang-ups at the door and let the caffeinated camaraderie settle your heart.

Swiping its name from the classic Hecht/MacArthur comedy about tabloid journalists, this new Springdale General spot focuses on what's best about the lunch hour, all day. From cheeky cocktails ("The Blue Stuff Barbers Put Their Combs In") to killer sandwiches (Smokey Turkey Sandwich with barbecued turkey, Swiss, spinach, mustard, and tomatillo chutney!), Shafer, Andrew, and Dick bridge the gap between modern cafe and old-school pub. Don't sleep on that hard kombucha or the pickle platter complete with slices of pickled egg. And if you chew with your mouth closed, you might even hear a neighborhood scoop. 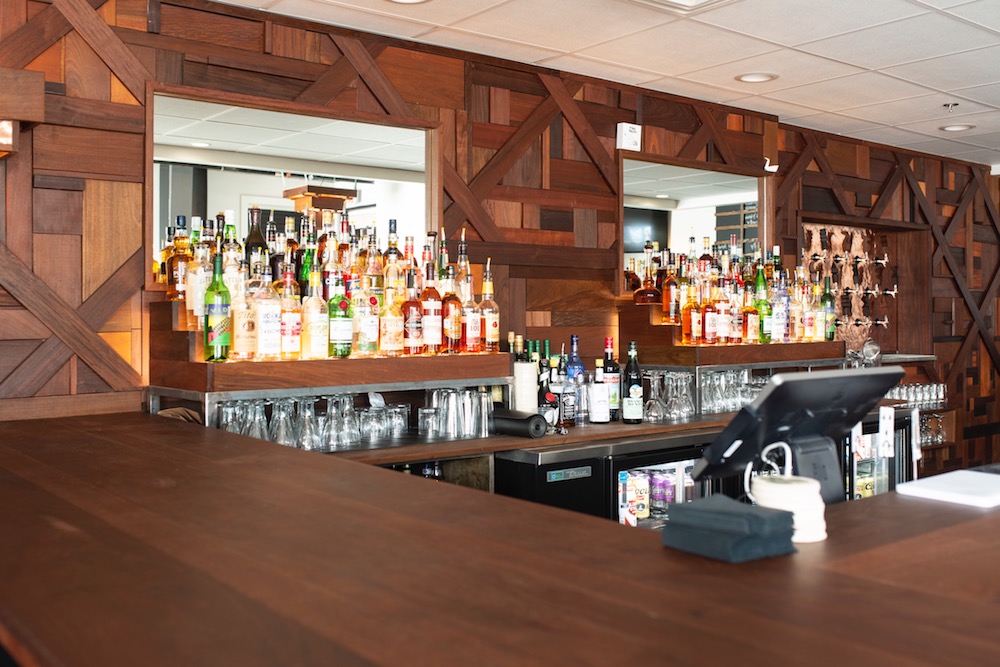 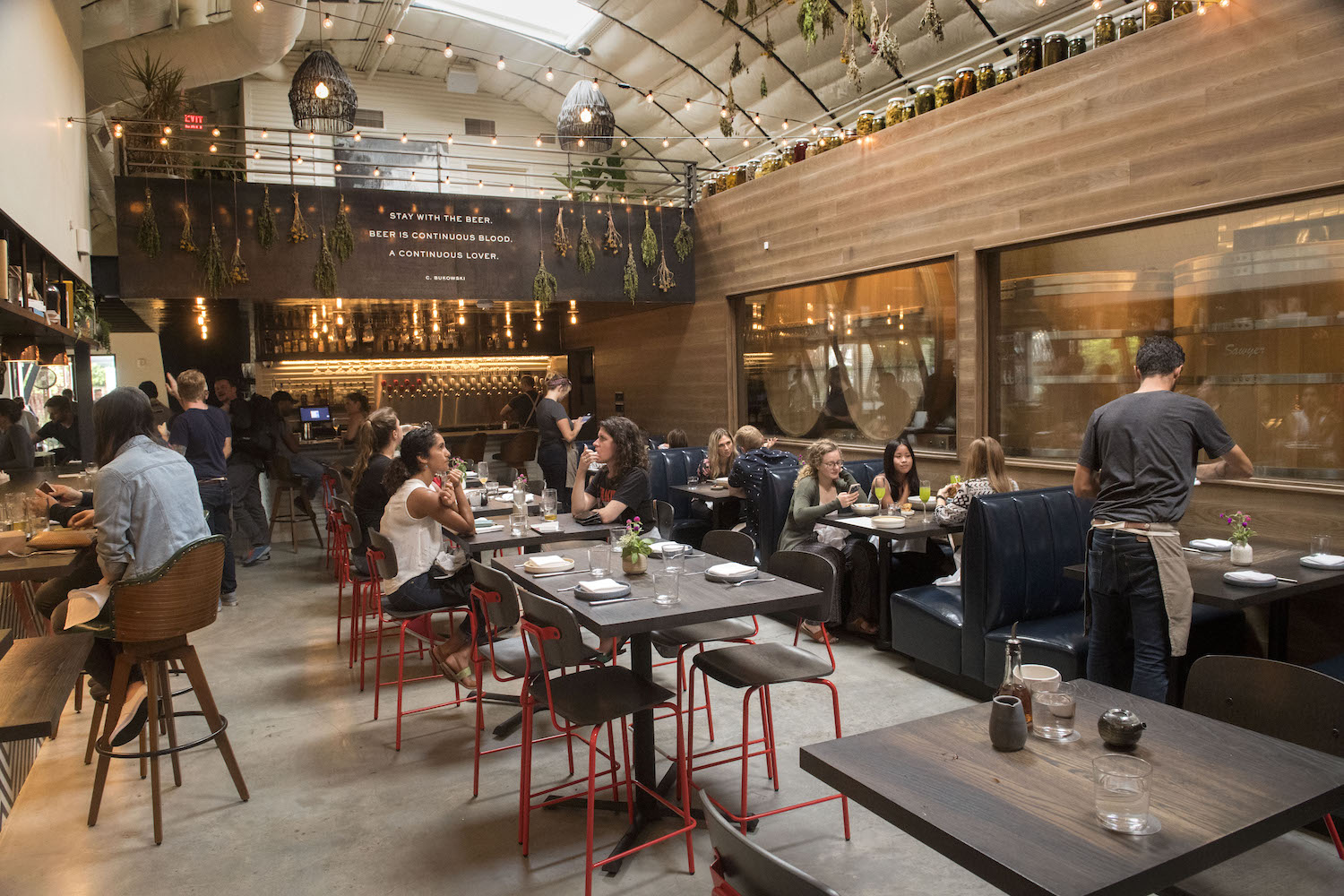 Best Nexus of Food and Beer
The Brewer's Table

For too long the modus of the typical American brewpub was to make a passable amber ale and yet blithely underachieve with their food program as well. We don’t know if those days are necessarily over for America, but in Austin, the Brewer’s Table has obliterated those themes of beer and food mediocrity into a fine art installation of dishes like gochujang-glazed chicken wings and beer-glazed smoked pork ribs paired with a beautiful beer program highlighted by one of the city’s beer exemplars, Vor Ort – a German-style lager brewed with pilsner malt, flaked maize, and a rotation of hops.

It’s a good sign of things to come when, upon entrance, the scent of in-house smoked anything swirls with the familiar musk of the old Haynes-DeLashwah House. Perched atop the hill at 11th and, you guessed it, Rosewood, the restaurant boasts a lovely view of Downtown. And while chef Jesse DeLeon's menu changes daily, one regular staple is the smoked mushroom small plate. A fungi variety – including oysters – is smoked and cooked 'til “just,” and paired with a breaded egg and chile pequin pesto. Gone are the days of only appreciating smoked mushrooms for their hallucinogenic value. 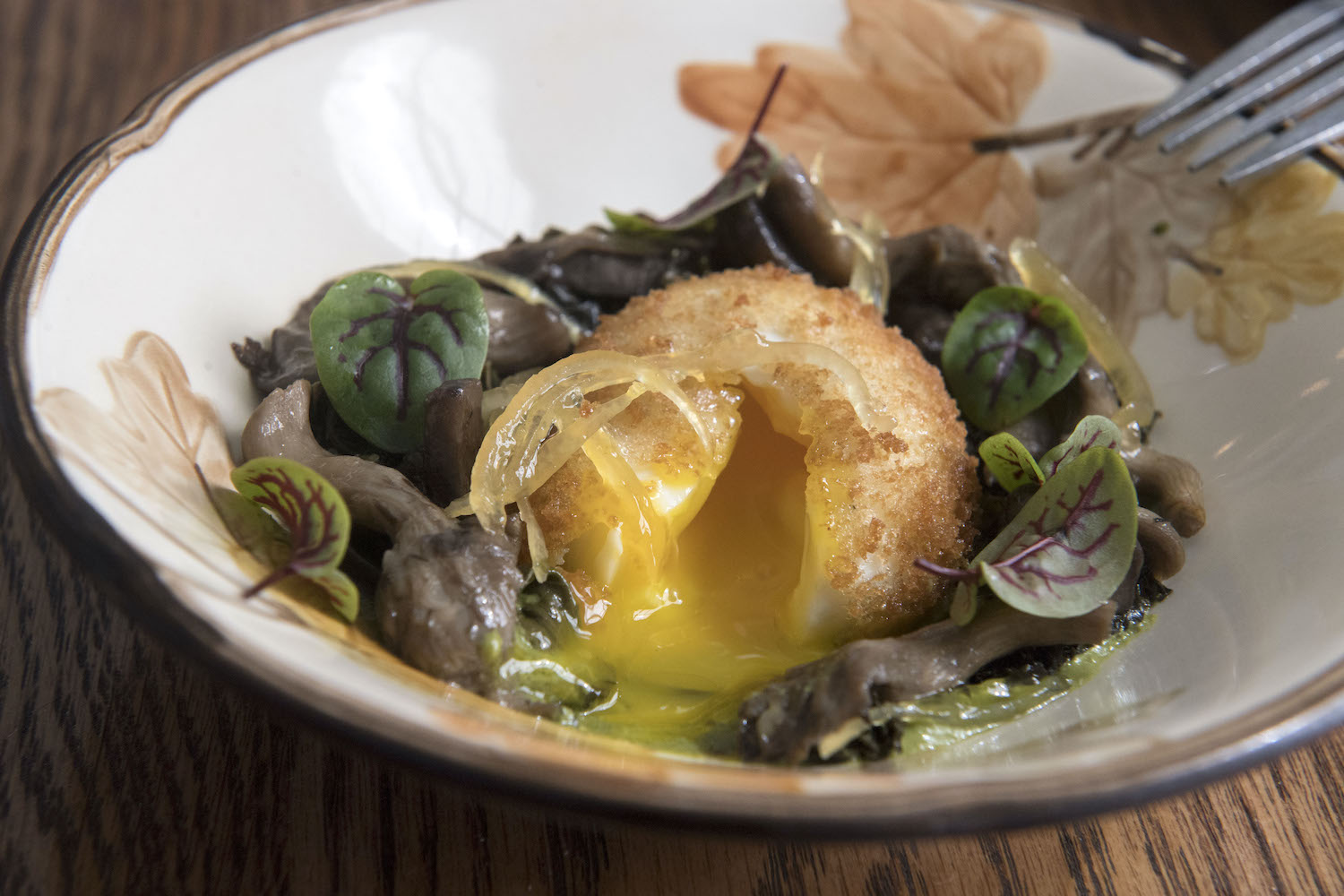 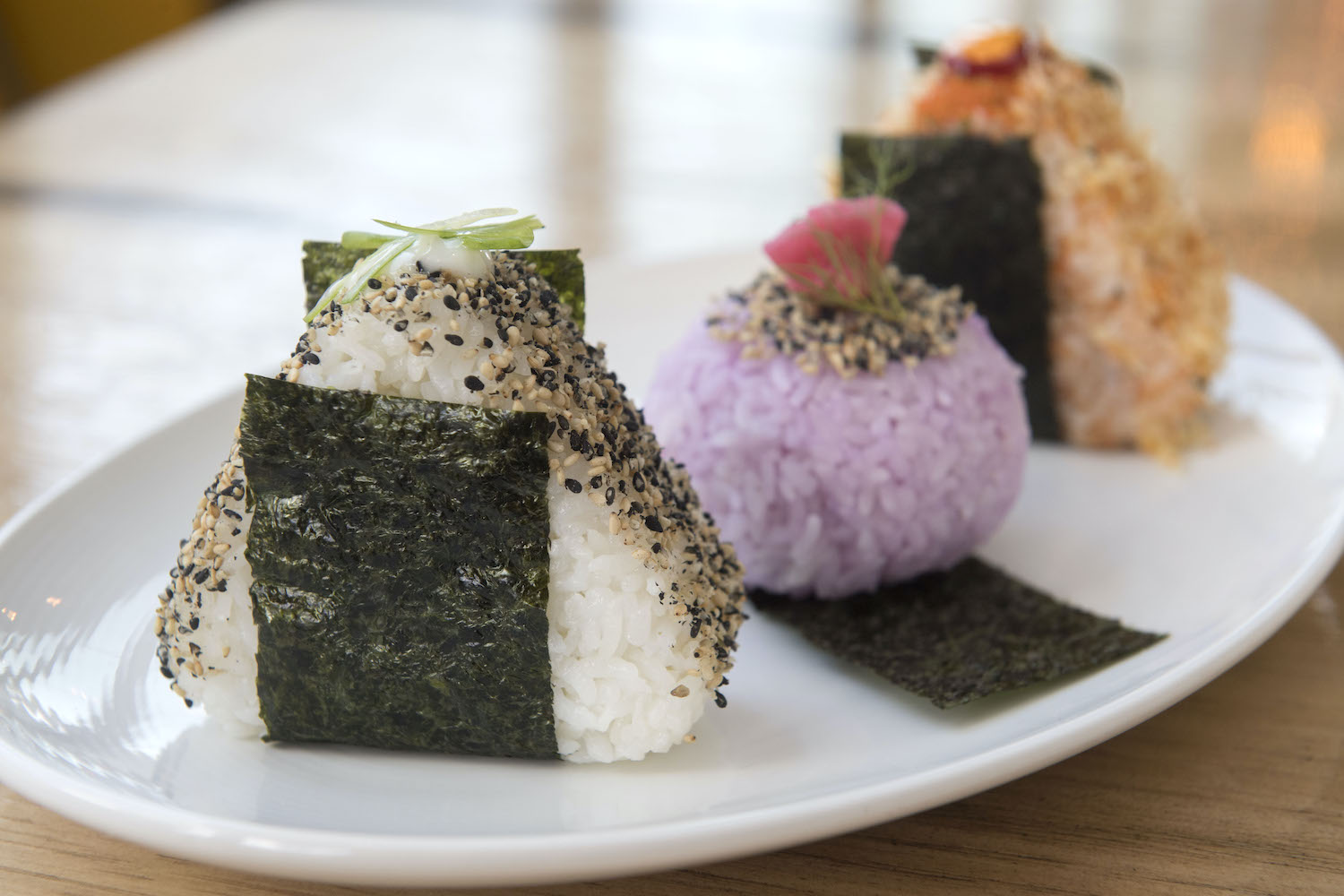 Sugar Pine offers a plethora of traditional Japanese options from chilled soba noodles to piping hot karaage chicken, but the shining star here is the onigiri, a Japanese standard where the rice is formed into a triangle around a salty or sour ingredient and wrapped in seaweed. Sugar Pine has an extensive selection of freshly made onigiri, from spicy salmon to ume shiso to even decadent options like steak, and each one is served with a hot pickle as a complimentary palate cleanser. And don’t forget to order a nut cookie on your way out – you won’t regret it.

For Japanese-born Kayo and Takehiro Asazu, Japanese comfort food not only means home but also an experience best served shared, which is why the couple, who also started the (since-closed) Sushi-a-Go-Go trailer, opened their izakaya-style, aka family-style, restaurant, Komé, in 2011. But the Asazus didn’t stop there. They’ve since opened Daruma Ramen; teamed up with East Side King’s Motoyasu Utsunomiya for Sa-Tén Coffee & Eats; launched Ni-Komé Sushi & Ramen at Fareground; and partnered with former Uchi chef Masazumi Saio for their most recent restaurant, Uroko. The offerings might not always be the most traditional Japanese restaurant food, but with their emphasis on tasty accessible homestyle cooking, sitting down for a meal at an Asazu restaurant just feels like, well, home. 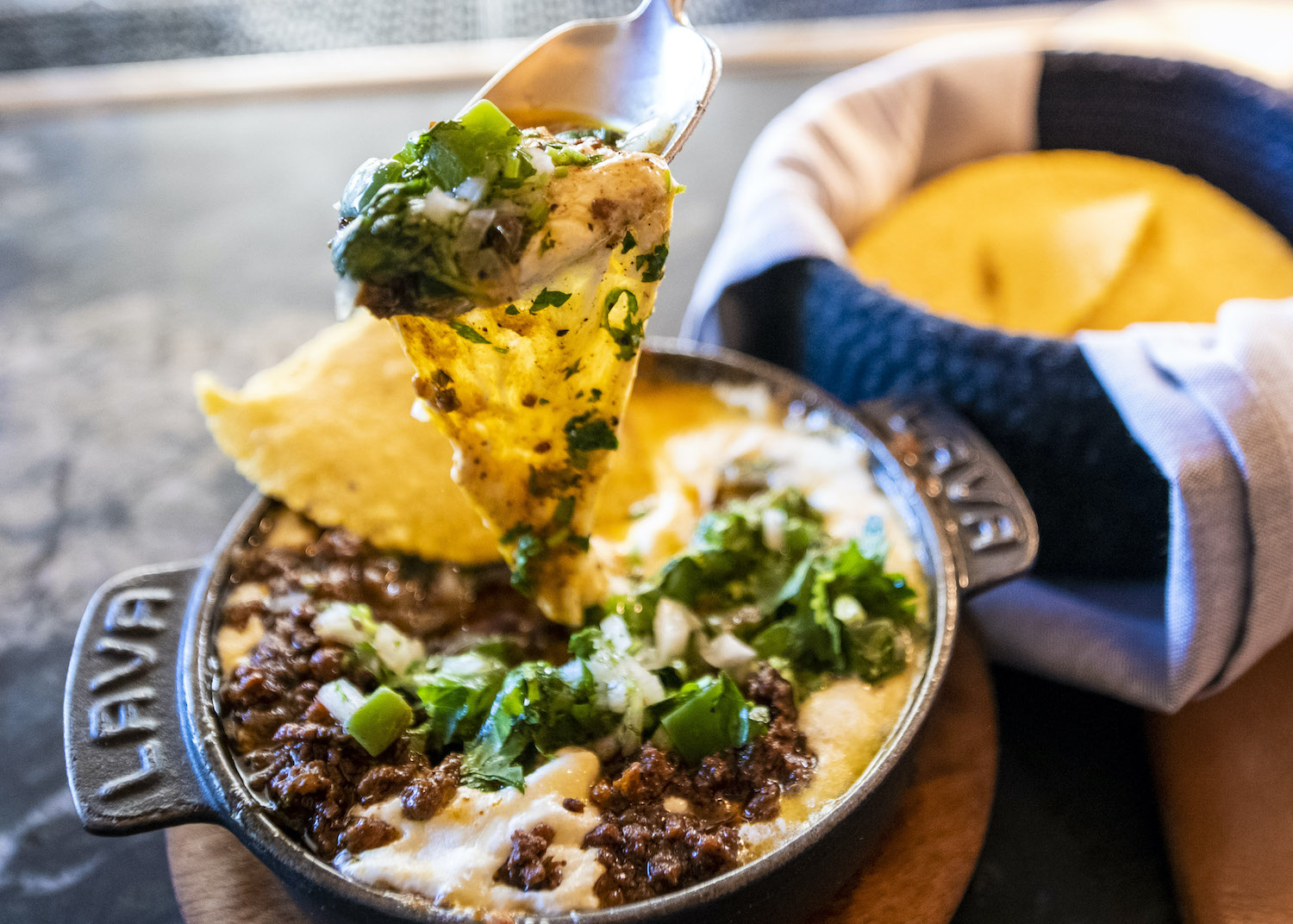 Around these parts, Tex-Mex queso is life, and whether straight-up, vegan, or Velveeta, everybody has their go-to style. Then there’s queso fundido, repping the upper echelon of flambéed cheese, and this Downtown modern Mexican restaurant has perfected their version. Made with bubbled queso Oaxaca and queso Chihuahua, chef Kevin Taylor (whose parents owned Mexican restaurants) adds bonus rajas and smoked tomatoes, and changes the proteins regularly – maybe a venison picadillo or chorizo rojo – to take this dish up approximately 47 notches. Even better, the cheese delivery vehicles are fresh heirloom corn tortillas made from in-house nixtamalized masa. If you're really bold, add a fruity Paloma and consider it a full meal.

You'd think, with all the great sushi and tropical fare the joint serves up, that what's mostly used as a garnish – dark amber slices of pickled Asian pear – would go unnoticed at Downtown's She's Not Here. But whatever miracles of fermentation chef Ben Schwartz and his crew visit upon that fruit has turned it into morsels of exquisitely sweet and tangy godflesh via which we seek foodie apotheosis again and again. And again. 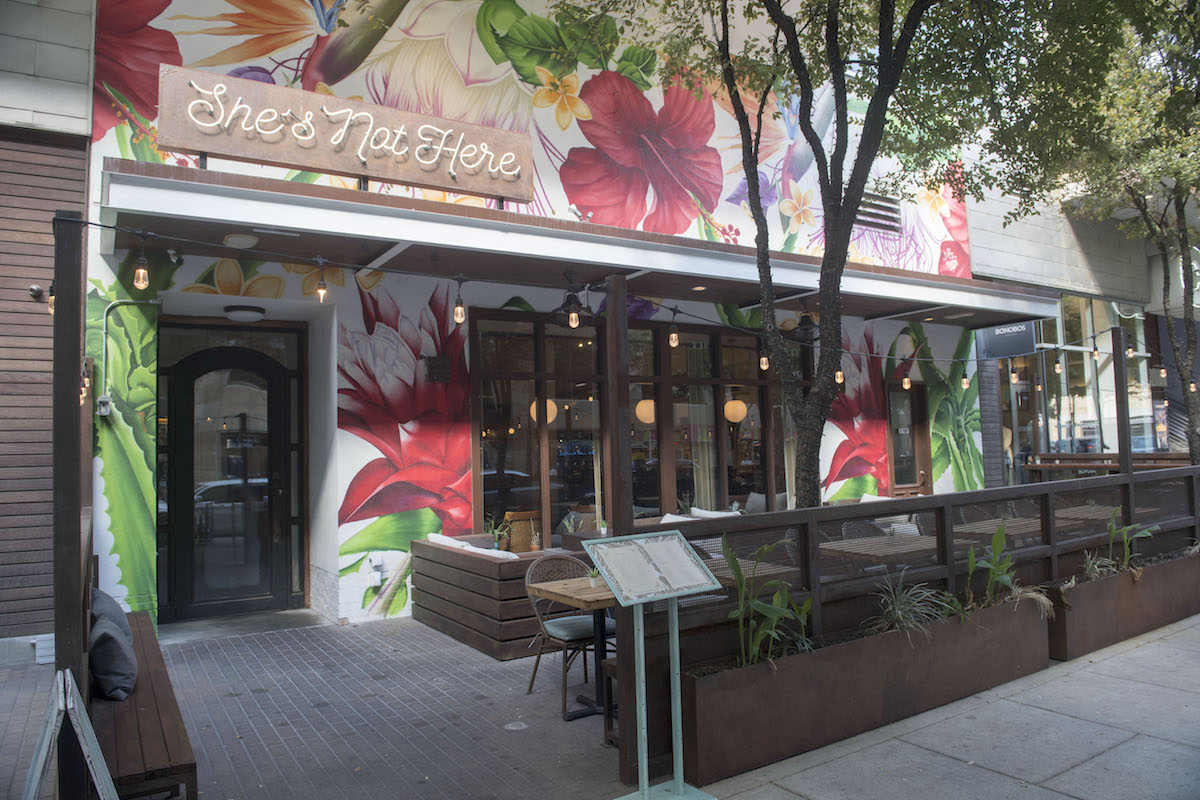 Osaka meets Austin at this outstanding Eastside izakaya joint. Enjoy teeny skewers of grilled meat and generous drapes of fresh fish (fear not, they even have vegan options) while sipping on sake or an obscure Japanese beer. A hearty "Irasshaimase!" from the chef kicks off this J-pop pumping party as soon as you walk through the door. Sashimi shrinkage might be a thing at other sushi spots, but this place keeps their cuts of fish large and loud. And, yes: Grilled pork belly, slapped on a stick, pairs well with everything.